Vampire fiction lovers get ready–this show is definitely for you. 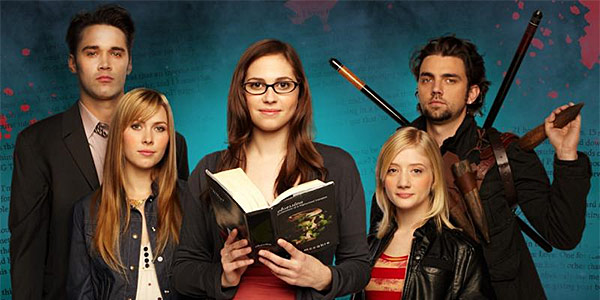 I <3 Vampires is a web series about Corbin (Cherilyn Wilson), Luci (Erin Way) who are fans of the book series Confessions of a High School Vampire—but then they find out that truth is indeed stranger than fiction. Wyatt (Adam Chambers), Sam (Alli Kinzel) and Nick (Josh Nuncio) join the girls as they try to keep up with the troubles of the very real world of vampires. Faze got a chance to sit down with some of the stars of I <3 Vampires to talk about the hit show that’s now in it’s second season.

Faze: What do you make of the trend of vampire fiction?

Erin Way: I think for girls it’s something about the male vampire that’s a knight in shining armour : they’re indestructible; they are wise because they have been around for years—there is all that in the entire vampire lead male stories. I think it just took somebody to revamp it for the new generation. They just did a really good job of re-making it and making it a trend again. This whole generation is revisiting it. 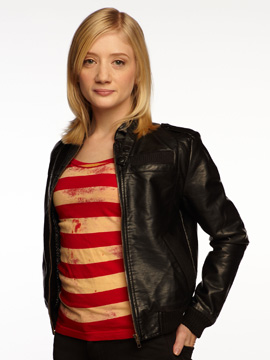 Josh Nuncio: Back in the day vampires were the scary thing, they were intriguing but scary, and now-a-days they’re intriguing and lovable in a way. As far as I <3 Vampires, Nick is into bad, but also good. I think that’s what girls are in to, boys with a bad attitude, but with a good heart.

Faze: You guys have fan pages where fans of the show can email your characters with suggestions. What was the craziest suggestion you’ve ever had?

Adam Chambers: I got this one question: they were asking if they thought it was weird if they wanted to cut off my hair and murder me and hollow out my chest and put balloons in it. That was a weird one.

Josh: Someone asked me if I could eat their baby; it was weird because she asked in a really endearing way. You get some crazy stuff and some fun stuff.

Alli Kinzel: The fans are pretty good though. I am new to the show so my page is pretty new, but most of the people are pretty cool. There like “I really liked you in the last episode” or “I liked the way you fit that in.” I haven’t had anything weird on my page. 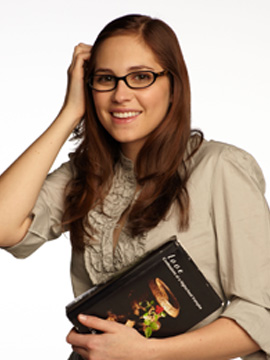 Josh: It’s cool because since we have our own fan pages and people can interact with us they give us what they want to see—like what they’re into.

Faze: What would you say is the best part about having fans directly involved with the show?

Erin: It really allows for a very loyal fan base. They can really attach with you, and I think that is what makes Take180 really cool. Because they can just go on the show and tell you how much they have enjoyed the episode, asking a question and then getting a response back from the actual person. They have a whole other level of connections as opposed to a regular formatted TV show.

Adam: It allows with us some frame of reference. A lot of the shows, whether it’s True Blood or Twilight, [but] if you don’t like something on I <3 Vampires, you can voice your opinion.

Faze: When people ask you about what’s going to happen on the show, are you able to tell them anything?

Adam: No, we don’t know anything ‘til almost right before. 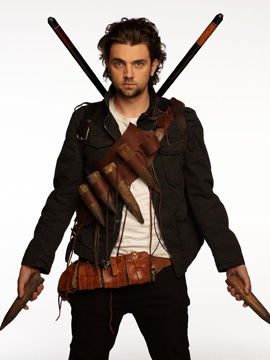 Josh: At the end of an episode one of our characters will be doing a blog and might say “our friend is in trouble and we don’t know where to look next” and we can’t write the next episode in ‘til we find out whose submission we’re going to use.

Faze: How challenging is that for you as actors?

Erin: It kind of freaked me out a little bit, like I thought, “I have no time to practice or get into my character.” But now I know Luci, I got her. The other thing is that the writing is so well done. It is easy to memorize and it’s very natural. I don’t ever have a hard time remembering what to say.

Faze: Where do you think the show is going, as of the 3rd season? Where would you like to see it go?

Josh: I think a 3rd season would be a great idea. The thing that that gives I <3 Vampires longevity in my mind is that we’re definitely not like all the other vampire shows ; we watch other vampire shows and we like them, but we’re different. There is a lot more comedy, and I think with internet itself there is so many avenues and outlets that are coming up soon and this can allow for [us] to go into many seasons. 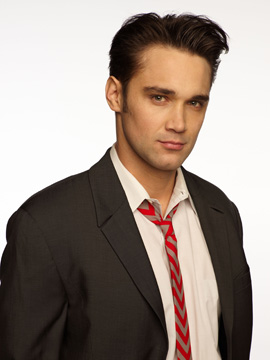 I <3 Vampires is rocking the web with its funny and adventures episodes. If you haven’t already, make sure to check out season 2 of the web series! Trust me–you will be addicted in no time.


One thought on “Do You Heart Vampires? We Chat With The Show’s Stars”