The traditional Indian bindi is a lucky mark worn on the forehead by women. By sporting this sacred symbol, Gwen Stefani of No Doubt brought it to fashions forefront, and trendsetters everywhere began accessorizing their outfits with matching bindis and Indian symbolism.

Bindi is derived from Bindu, the Sanskrit word for dot, and is usually red and made with vermilion powder. Considered a sign of the Goddess Parvati, who symbolizes strength, a bindi signifies female energy and is believed to protect women and their husbands. It also represents a woman’s third eye: what we commonly refer to as a woman’s intuition. 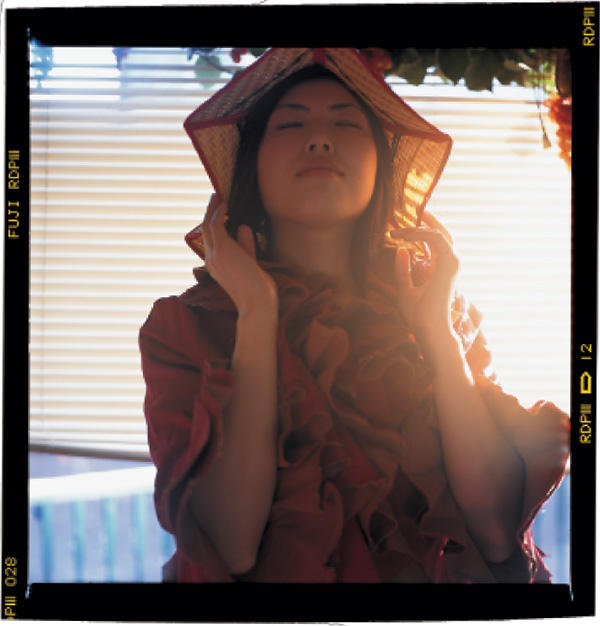 Machiko is wearing a ruffled red shirt and bamboo hat, both from AWKO

For the past few years there has been a strong Eastern influence in the world of fashion and pop culture. Today, you would be hard pressed to walk into any clothing store and not be faced by clothing from India and the Orient. And I’m not talking about the “Made in China” tag on the inside of the garment. The clothing itself has a definite Eastern feel to it.

Freelance fashion designer Toby Leung foresees more hot trends from the East. “The designs themselves will be minimalist; a simple and functional piece from Eastern culture. There is a revamping of clothes from historical periods. It’s the old styles modernized. They’ll use the core design elements from the East,” says Leung.

With this knowledge, I wrap a beautiful kimono style top around me and marvel at how fresh and stylish it is. I run over to make the purchase and notice other girls trying on the same thing. Tynika Ali, 17, tells me she likes the new kimono style because “it has a different look than the flare sleeves I’m used to. It feels breezy, kinda like I’m wearing a lot of clothes but not really. And it will look great with a pair of jeans.” Originally, “kimono” was the Japanese word for clothing but in recent years has come to refer specifically to traditional Japanese clothing. Kimonos as we know them today came into being during the Heian period (794-1192). It is known as the straight-line-cut method that involves cutting pieces of fabric in straight lines and sewing them together. 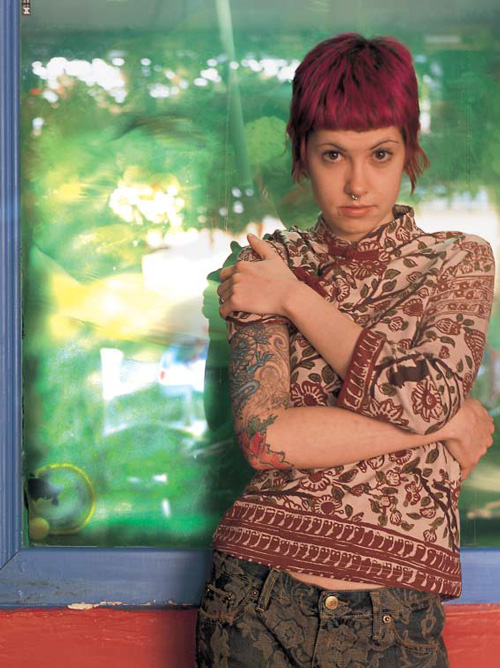 Ironically, in Japan, teens are wearing jeans with American decals and slogans while here in North America we have symbols and images from Eastern countries emblazoned on our t-shirts. “Dragons add a cool look to plain clothes. It gives a boring shirt or pants some style and colour,” says 15-year-old, Sarah Kidd. Symbolism in China is a complex system that is a part of all aspects of life and thought, and the dragon is considered the most important of all the symbols. It dates back to the Han Dynasty, where it became the exclusive sign of the Emperor. The ancient Chinese believed the Emperor had the power to mediate between the worldly and the heavenly. In North America the printed dragons often look aggressive or dangerous, however, its Chinese counterpart is usually good-natured and gentle.

Indian symbols can also be spotted as common prints on t-shirts with the OMand Ganesha being the most popular. Perhaps it was Madonna with her Mother Earth look, Sanskrit verses and Indian deities that started the trend a few years ago, although the hippies of the ‘70s were heavily influenced by the Indian culture. The OM (ॐ) represents the essence of Hinduism, the oneness of the physical and spiritual self and is considered the most sacred of all Indian syllables—believed to be the sound from which every other sound in music or language comes from.

Lord Ganesha—images of which dominated Versace and Gucci collections in 1999—is an Indian deity represented by a blue elephant. He is considered the God of education, knowledge and wisdom and still influences North American style. 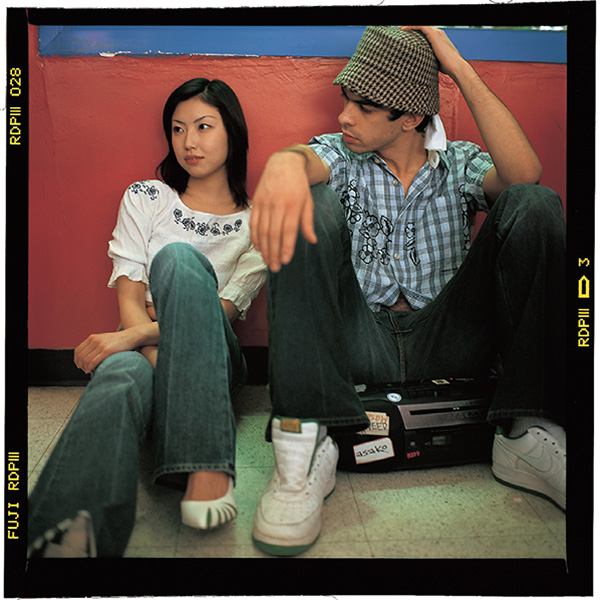 The use of vibrant colours is also considered a very Eastern aesthetic. They can be seen in the traditional Chinese dresses, Indian saris and Japanese kimonos. Our versions of Eastern colours such as “dragon lady fuchsia” or “Buddha blue” continue to be popular on runways and in trendy stores. Joeffer Caoc, Canada’s award winning designer for Misura, believes vivid colours has kept the Eastern influence on fashion dominant throughout the years and says, “Red will be a very important colour for the upcoming season.”

Whether we’re wearing henna tattoos, mirrored purses or mandarin-collared jackets, it is clear the Eastern invasion is more than a blip on the trend cycle. The exotic designs and styles we have adopted from the East add zing to any wardrobe. “I think it’s good that we can get clothes and accessories that are stylish in other countries. Fashion would be kind of boring if everyone shopped at the Gap. It just shows that Canada really is a place for everyone,” says fashionable 18-year-old, Lucy Grech. 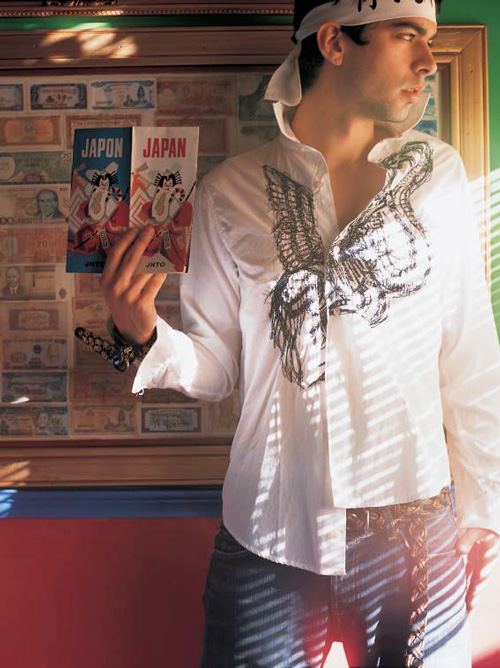 Taka is wearing an embroidered white shirt with dragon print from Jeans West, Toronto. Seven jeans from The Attic, Toronto. 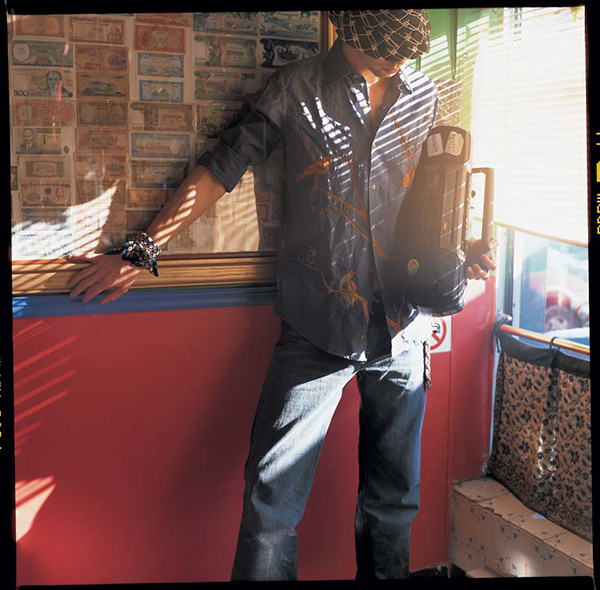 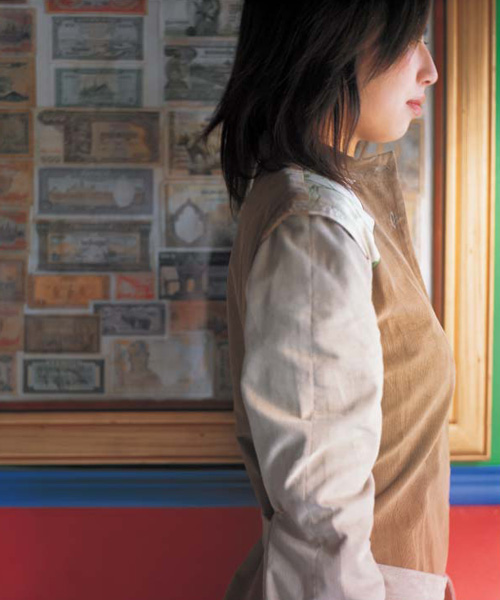 Machiko is wearing a brown suede dress with silk oriental print on the shoulders, all from AWKO, 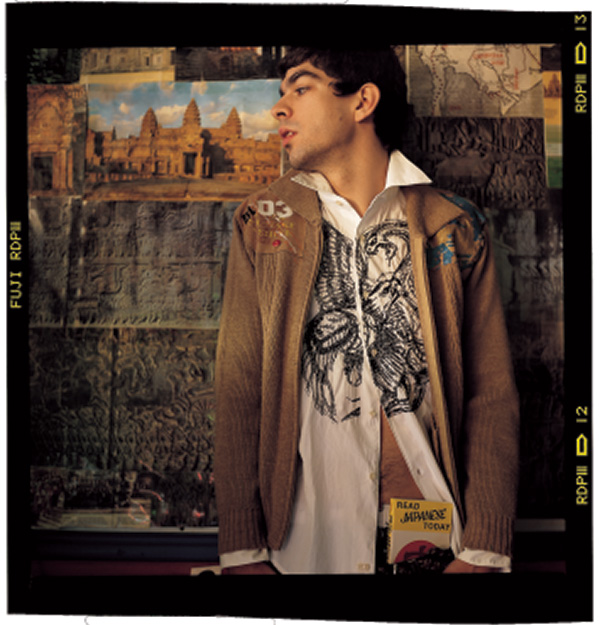 Taka is wearing an embroidered white shirt with dragon print from Jeans West, Toronto.
Seven jeans from The Attic, Toronto. Jacket with scrambled shoulder design from The Attic. 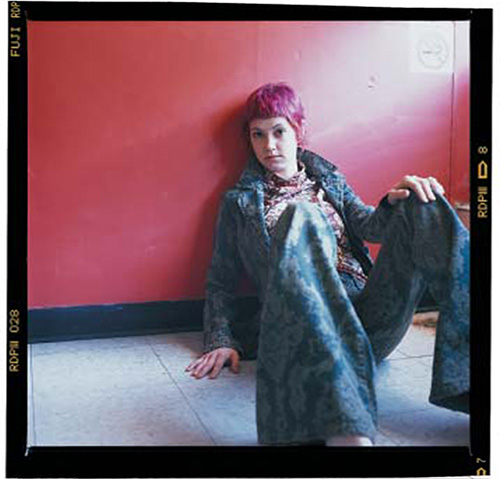 Ruby is wearing a multi-print cotton shirt, jacket and pants all from Zara.