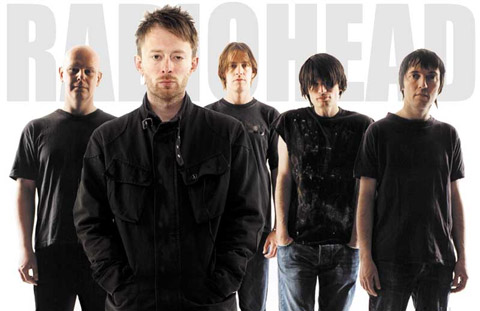 “We came together with the purpose of starting a band rather than, ‘we’re friends let’s start a band’ so in a way, it was already set up in a musical, professional kind of way.”

Looking somewhat reminiscent as he says this, Philip Selway, the talented drummer from Radiohead, unearths the roots of the band back in the day. Eighteen years, numerous albums, and much success later, the band has unveiled KID A, an amazing yet atypical album for Radiohead. And although their critically acclaimed work may seem challenging to follow up consistently, Radiohead has managed to do not only that, but to overcome the fate of so many bands splitting like atoms these days.

At first listen, the techno-inspired and manipulated sounds of the songs on KID A may seem so different from the albums that had preceded it, but when digging deeper the essence of Radiohead comes through… and the need to not be pigeonholed into a particular sound. But many devoted fans experienced quite some shock especially if they expected KID A to be anything like OK Computer.

Often though, the key to success in the long-run is in reinvention and Radiohead has become a musical chameleon. The catalyst for this change, luckily, was a unanimous decision which did not lead to dissension in the group and to the fate of bands such as the Smashing Pumpkins.

Phil describes the feeling that led to this change as a desire for evolution from the fact that Radiohead had always considered themselves to be working as a high school band. “It was a group decision to actually try to break away from any ways that had become quite set for us in the past. We were a high school band… and up until the end of OK Computer I think we were working pretty much in the same ways as when we started. Musically, and from the kind of dynamic between the five of us as well, we just found that it really wasn’t appropriate to where we stopped OK Computer. In a way, it felt almost as if we had backed ourselves into a corner, to a certain extent.”

Radiohead began fiddling around in a brand new studio and toying with different ideas long before the record companies had any ideas as to what the album would sound like. “The record company didn’t really hear anything until quite later on in the process which is probably a good thing because they would have panicked about it otherwise. They had a very hands off approach and said come back to us when you’ve got something you’re starting to feel happy with. That was the perfect approach to take, really.” Slowly the pieces of KID A were falling into place. The band had collectively agreed to move into a new direction and the record companies were offering support. But sometimes it is the finer points that can become challenging.

The work that went into this album appears effortless, as the band produces yet another acclaimable piece, but appearances can be deceiving. “That’s not spontaneous. An awful lot of work got us to that point and at points it really wasn’t coming together.” Selway recalls the creation process which spanned almost one year as sometimes being difficult especially with five individuals who are self-proclaimed thinkers, falling into the trap of often thinking too much. Although quite unreproachable, this led to some delay. “We put off making decisions. We didn’t have any deadlines at all… in order to work in the studio and to write the material, we had to manage ourselves in a way we had never done before.”

Working in a creative medium can be quite a daunting task and ironically, Radiohead resorted to a more systematic and somewhat corporate approach to getting what they wanted done. “There was a definite feeling among all six of us in the studio that it was about the right time to actually commit to something. We started everyday with our group meeting…where we’d sit down and say this is what we’re going to work on today…. I mean we never ended up doing what we said in the meeting, but it’s good to have that kind of focus.”

Apparently creating critically acclaimed music entails more than what we see in the final product. From the start to finish, the process becomes a journey with obstacles. But the key is to remember that these various points in the road need to be viewed as challenges not as problems. ” A lot of issues between the five of us had been simmering…. there had been so many things which accumulated over 14-15 years of being together and which we hadn’t been able to address until last year maybe because we didn’t have the wherewithal within ourselves to do it…. and very little space to rock the boat. But I think we gave ourselves the space to do it….. it was a very necessary process to establish a new relationship between the five of us.” 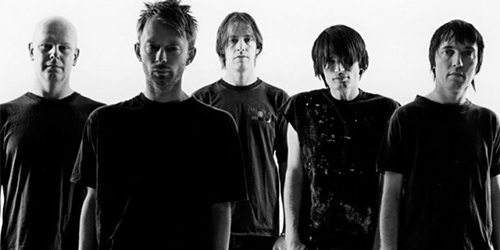 When you look around, statistics everywhere will tell you conflict is abound. The divorce rate is nearly fifty percent, gang violence is a pertinent problem, and every path is constructed to by-pass true problem-solving. So you begin to wonder if it is some kind of unusual occurrence that five band members can collaborate for so long and not resort to hostility for some reason or another, especially within the confines of a workplace. ” I think we’re actually quite adept at working through stuff musically now in the studio,” Phil admits.

Art can be a microcosm of life and often the problem-solving techniques you apply in the music studio can be just as relevant in the real, unpleasant world. Straight from the life lessons of Radiohead, Phil offers some priceless advice on solving conflict: “Being open, being prepared to talk about the issues, but also giving people their space, respecting people’s sensitivities on certain issues. Direct confrontation, in our case, I don’t think cures an awful lot. That only ever ignites one issue, and obscures all the other side issues which go around it.” So remember that the next time you think you are alone, inundated by a world of problems. Life can be quite complicated at times but even rock stars have to deal with the smaller and more difficult details. 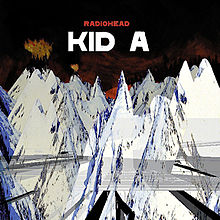 CONCERT REVIEW: The Toronto Radiohead performance at the ACC, October 17, 2000

After a lengthy one-on-one interview earlier in the day with Radiohead drummer Phil Selway (he was great), and brief (and less enthusiast) exchanges with Jonny Greenwood and Thom Yorke. we were asked if we would like tickets to the band’s show later that evening. The show was one the first since the official release of the band’s fourth album, Kid A, barely two weeks earlier, which was blowing up quickly into a massive success. All plans were cancelled, I wasn’t going to miss Radiohead performing the album I had spent the last week falling in love with.

This was my first Radiohead show, although I’ve been a fan for a few years. The persona of the band and especially lead vocalist Thom Yorke has always been one of deep yet clever neurosis in my mind, a mix of depression and paranoia. The band’s latest CD, Kid A, two long years in the making, which I loved, was a step further into the world of moodiness and self-obsession, musically and lyrically.

So, I expected moody, I expected self-obsessed. However, from the moment they took the stage until the last note, I can’t remember a band looking happier and more satisfied and relaxed as artists. These guys were having a blast. And so was the rest of the audience. Toronto crowds are typically restrained and relatively joyless compared to other cities. And while there was little singing along, clapping or arm waving, even when encouraged by the band, the audience was clearly in heaven.

“I can’t believe I just saw Radiohead!” was all one girl behind me repeated as we left the Air Canada Centre. In general, the entire crowd were so enraptured by the presence of their music superheroes, the band could have played paddy-cake on stage for three hours and they would have been cheered back for several encores.

But Radiohead truly put on a wonderful show, and no-one in the crowd of 5,000 could have expected more. Even those fans still unfamiliar or not yet acclimated to the new album, had a lot to be happy with: a healthy 24 song set left lots of room for songs from Radiohead’s massively successful first three albums (okay, the first album Pablo Honey was neglected tonight but that has been the case in Radiohead’s live performances for a few years now.)

The new songs, despite being technically difficult at times (due to heavy syncopation and use of heavily programmed techno equipment) were pulled off superbly. A lot of running around from instrument to instrument for Thom Yorke and guitarist/synthist Jonny Greenwood to get the album’s tracks authentically duplicated but that only added to the charm of the stage activity.

Not a whole lot of interaction with the audience, although I predicted that the extensive corporate signage that is obnoxiously and comically plastered all over the interior of the Air Canada Centre arena would get a comment from the notably anti big business Yorke. But there would be no pontificating, the band was having way too much fun. Instead the jolly leader started right off chuckling “This next song is brought to you by Labatt’s”, Airbag was “brought to you by Ford” and so on as he tried to spoof each of the dozen corporate names that he could see from the stage.

As I said at the beginning, I had not seen Radiohead in concert before, but based on tonight’s energetic form, these guys are at the top of their game and will further bolster their status as the hottest band on the planet over the next few months as they start touring in Europe.

Easily the best concert I’ve seen in a long time…I have to give it a whopping 10 out of 10.