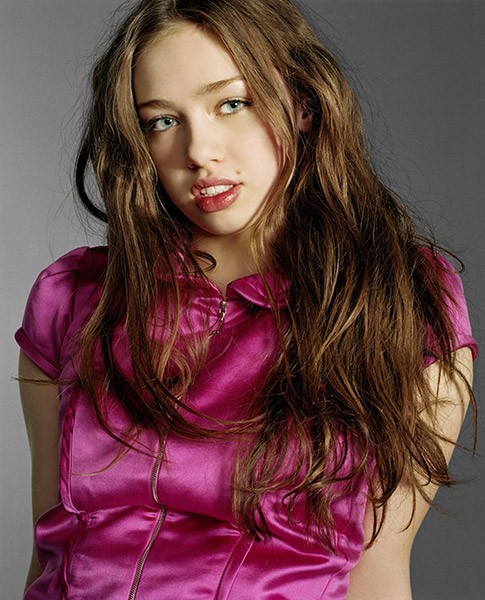 “Avril like/star search/wannabe/never been” It doesn’t matter how you try to label Skye, chances are she’s already beat you to it in her song “Hypocrite.” The 15-year-old from Bolton, Ontario says, “That one I wrote, kinda thinking of all the things I could say before [the media] said it…and try to prove that no matter what you say, I’m still going to do what I want.” Dressed in a peach coloured t-shirt that boldly proclaims “WANTED: BOYFRIEND,” it’s easy to see how she manages to rock out, speak out and be herself all at once.

The songs on her album have all been written from Skye’s real life experiences and reflect the unusual course that music has taken her on. Her intensive arts education helped with co-writing the lyrics to her hit single, “Billy S.” (which was the leadoff single from this summer’s feel-good romance How To Deal starring Mandy Moore and Trent Ford) where she describes her tired 5:30 a.m. Monday mornings, and takes on William Shakespeare on a nickname basis, and wanting to express the conflict she feels about her normal teen self versus her need to rock out, “Split Personality” evolved. Skye also puts a unique spin on the eternal, complicated debate of boys, dating, and that boy-your-mother-warned-you-about in the aptly titled, “It sucks.”

Not your average teen burdened with wondering what to do, Skye has fit various parts of her artistic persona into her life and has become a success because of it. Skye now has help with managing fame from Zack Werner, one of the judges of Canadian Idol. “I’m aware I’m not leading a typical teenage life and things are going to be different for me than most kids,” she says, “so keeping in touch with my family and friends is really important to keep me grounded.” And despite her new celeb status, she hasn’t forgotten how to keep it real, “If I’m around my cousins and grandma and I’m just over for a picnic, then I’ll wear jeans and a t-shirt and it’s all fun,” she says, although she admits to having more than one side to her, in the end what you see is what you get, “It’s not like I have one thing and here I am, so if you like me, you like me, if you don’t, you don’t.” 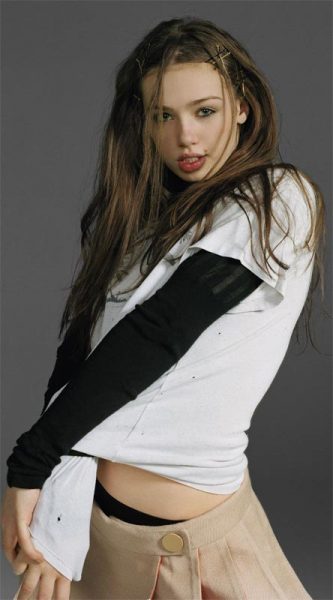 On being 15: It’s no different. It’s not the age, it’s the individual experiences that I have had. This album is a good representation of that year, not necessarily when I was 14, just all the cool experiences I’ve had and what I have gone through.

Boyfriends: This album is my boyfriend. I have been working with this album forever. Me and this album have a relationship that’s really tight. 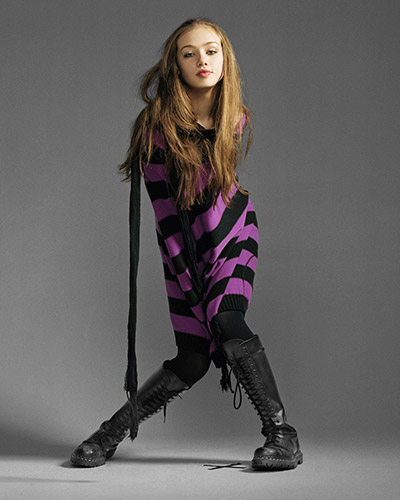 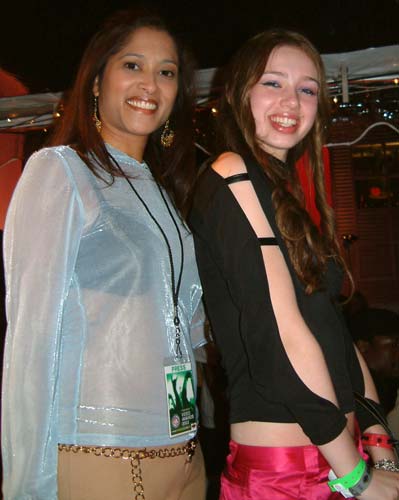 Smiling Skye at the 2003 MMVAs with Faze Founder Lorraine Zander