Does releasing a greatest hits package mean the end of an era?

Not when it comes to Canada’s coolest teenage rock band. And by teenage, we mean in years they’ve been around, not style. Chris Murphy, the square-rimmed-glasses wearing bass player and singer with Sloan, says releasing a greatest hits album is a way to showcase the band’s long career. “To people in high school, we must seem ancient and they wouldn’t necessarily know our older stuff,” he says. “We wanted to put out a collection of songs to help people put it all together. That the same Sloan who did Underwhelmed (1992) is the same Sloan who put out If It Feels Good Do It (2002)”. 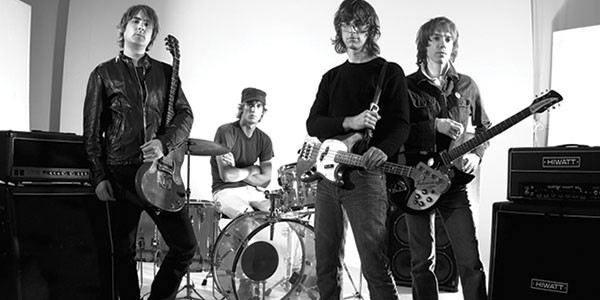 Don’t worry Sloan fans; this is so not the end: “I have so many more songs,” Chris says, “and I’d like to have another record out by the end of the year.”

Though you may not realize it, these four musicians from Halifax —Jay Ferguson, Patrick Pentland, Andrew Scott and Chris — have been creating solid tunes since 1990. With creative videos, clever lyrics and a good-time mentality, Sloan has become more than a “glorified garage band,” as Chris self-described them. A Sides Win: Singles 1992-2005 brings together the band’s most sing-along singles. “I feel like our band is really accessible, and whenever I can I talk to people after shows,” says Chris. “We have all kinds of fans. We want to be inclusive to everyone.”