Hello Operator’s Mike Condo and Evan Huson made a decision very early on that could’ve easily left more people scratching their heads than clapping. While the band’s 2008 EP, The Breaks, feels like a rock album, there was enough pop inside of it to land the band a recent touring slot alongside Hilary Duff. “We decided that we’d rather tour with people who have good songs; as long as we’re playing in front of people,” explains Condo. “[With] some of the Duff stuff people didn’t understand why we were doing it, but we thought they were going to be really big shows and that they were going to help us.” This strategy worked, as the band gained thousands of extra fans in the process, whom they thank by name in their album booklet. 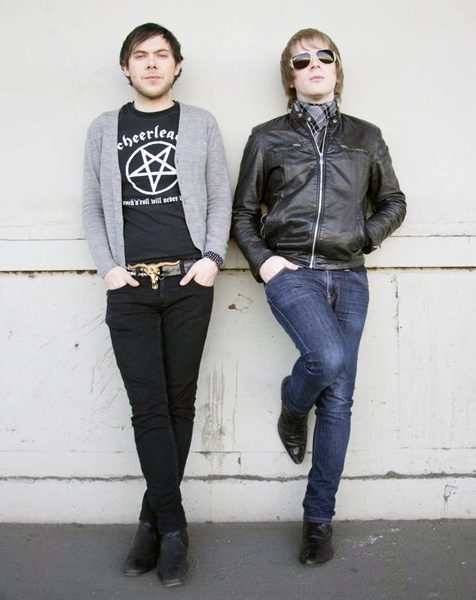