At Huawei’s spring global launch event in Paris, the tech world was treated to the jaw-dropping photographic capabilities of the company’s new P30 and P30 Pro smartphones.

Huawei Mobile unveiled new colours, design features and various internal improvements over last spring’s P20 and P20 Pro and the impressive Mate 20 Pro released in the autumn. But once again it was the industry leading leaps forward on the photographic and video capture fronts that had the international audience of tech journalists, cellular carriers, and influencers buzzing.

Richard Yu, CEO of Huawei’s consumer business, cheerfully heralded a “breakthrough” in phone camera technology, and he wasn’t exaggerating. On the massive display behind him, Yu went through a series of image comparisons between the latest Apple iPhone and Samsung Galaxy phones and the new P30 and P30 Pro.

The P30, and especially the P30 Pro, captured images that were so much better than the competition that the massive crowd in attendance couldn’t help but break into applause with each new slide. Particularly in low light conditions (up to an unfathomable 409,600 ISO on the Pro) and using zoom (5X optical, 10X hybrid zoom, 50 X digital), the P30 series have truly, as their new campaign tagline proposes, rewritten the rules of camera photography.

We’ll be back in a week or two with a full walkthrough and review of the camera features on our P30 Pro review unit, but jump to the end of the article for some key features and specs for the new phones.

And that’s not all folks…

While the presentation of the P30’s camera features would have been exciting enough for many a tech observer, there was more to introduce. A few new notable features on the phones were discussed, e.g. open your (Audi) vehicle door or start the ignition using your phone, and wireless charging of other compatible devices using your P30 Pro to mention just two (we’ll cover more in our full phone review).

Huawei unveiled two new impressive earbuds, particularly notable for their long battery life. The wrap-around-the-neck Huawei Freelace is ideal for active lifestyles (hopefully that’s most of us!) and also include noise cancellation, water resistance and an 18 hour battery life. The wireless Freebuds have 10 hours battery life. 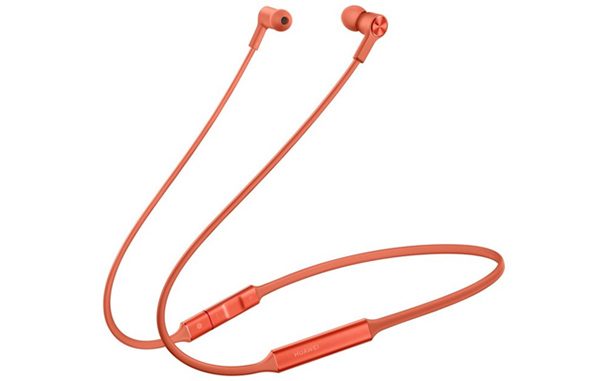 We love how fast the latest generation of phones charge up, and the new Huawei 12000 40W SuperCharge Power Bank lets you do that with a portable battery bank. It will charge the P30 to 70% in less than half an hour. 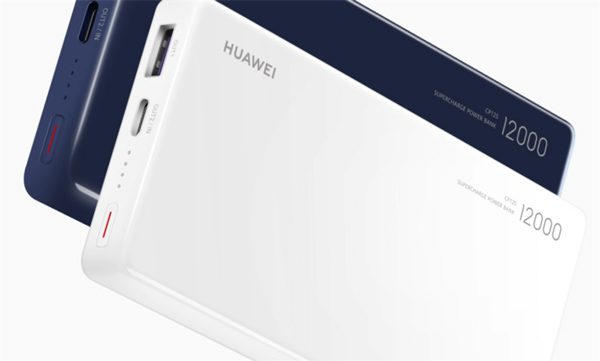 New looks for the Huawei Watch GT lineup were unveiled, with the Active version boasting 14 days battery life, and a smaller Elegant version lasting a still impressive seven days. Both are hardcore scuba diving rated (5ATM) and will work with both Android and iOS devices. Two new band colours, a burnt orange and dark green, have been added to the lineup. 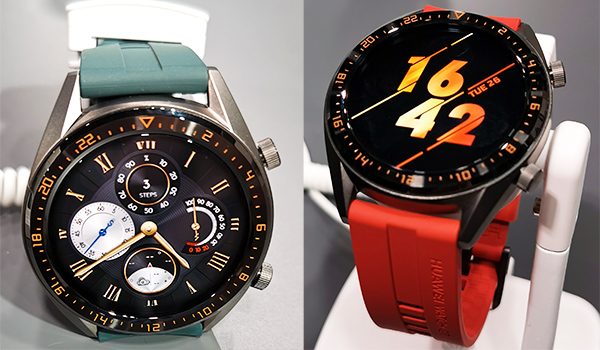 A new approach to smart glasses

Huawei announced a partnership with hip Asian eyewear brand Gentle Monster, and had its CEO Hankook Kim introduce “Eyewear”. It seems to be a sensible, pared-down approach to smart eyewear, focusing on delivering quality audio for music and making calls, and interacting with your phone’s virtual assistant.

The frames themselves actually look rather fashionable, although we would love to see them in a variety of styles in the future. Nevertheless, if these catch on, it could be the start of a new renaissance in the smart eyewear category. Note: there is no camera in the eyewear, removing a major privacy concern with some previous offerings from other companies.

Note: for Canadian market – only Black and, our favourite, “Breathing Crystal” colour (pictured here) are available (Amber Sunrise, Aurora and Pearl White are available in other markets)

Sensors
Both have a similar array of sensors, from in-screen fingerprint sensors to gravity sensors to colour temperature sensors.