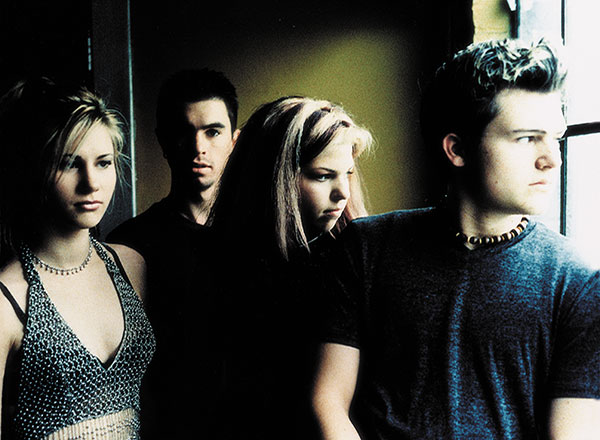 With the Popstars/Making the Band phenomenon taking over, you wonder if everyone is an over-night success. Meet Igneous – Michelle, Jay, Amanda and Kyle. With the help of some impressive management, they are well on their way to becoming Canada’s next musical sensation – the old fashioned way.

After meeting several years ago in Strathroy, Ontario, Michelle and Amanda picked up instruments and soon hooked up with Kyle and Jay. They had their band. Then practice, practice and practice some more.

Eventually the four went on to play a showcase for Williams-Bell and Associates, a Nashville-based company specializing in artist development and management, and wowed them enough to grab a coveted spot on their roster. That was almost two years ago – when Amanda was only 12!

Having nurtured and carefully monitored the rise to stardom of The Moffatts, Williams-Bell and Associates now guide Igneous through every phase of their development. “Our management takes care of the finances and stuff,” says Amanda, “but the band still voices their opinions and important decisions are made together.”

As expected, band practice takes up a nice, hefty chunk of their time. “Whenever we have a gig coming up, we have to really prepare for it. We practice every single day, except weekends, but it’s 9-5 like a full time job,” says Jay. “This business takes up 24 hours of your time. It takes so much out of you to do it,” Kyle adds, “but I love to do it. I couldn’t see myself doing anything else.”

Like the Moffatts before them, Igneous is being well prepared for long term success. They maintain a rigorous schedule that includes singing and dancing lessons as well as lessons in their respective instruments.

They are constantly performing live and exposing themselves to scrutiny and criticism. Kyle believes dealing with the spotlight is priceless, “You need it to grow as musicians,” he states matter of factly. 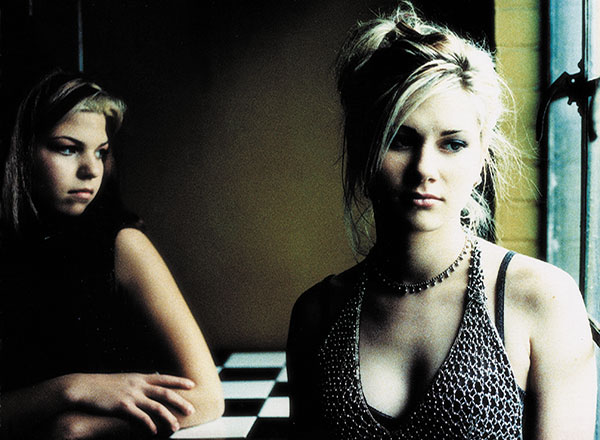 Robert Williams, (the ‘Williams’ in Williams-Bell & Associates), recalls the first time he heard the band perform at the showcase, “They were okay as a band but what I really saw was something magical, it was their determination and drive that set them apart from others.” After the decision was made to add the band to their roster, Robert wasn’t disappointed. “As with any new band, they needed some work but were willing to face their failures and brutally analyze their mistakes. Their desire to succeed would drive them on,” he states.

“They work very hard and give the same commitment to their music that an honour student applies to schoolwork or an athlete who wants to be the best. More importantly, when they make mistakes they learn from them and get better,” he adds.

And get better, they have! The management company has already ventured into discussions with several major music labels that hear the star quality of Igneous.

Where do they go now? Do they hope to sign with a major label? Jay smiles, “I really hope so. That’s the way you get to play bigger shows and venues. Just to play in front of people is the best feeling in the world.”

As Kyle best says it, the way to get there is to, “do what you love to do.” 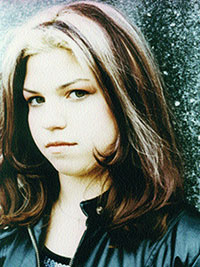 Born: April 10, 1987
Plays: Bass/Vocals
Fave book: Can’t decide
Fave TV show: Boy Meets World
Fave movie: Twister
Fave food: Italian
Fave school subject: Math
Dream Car: BMW Roadster
Pets: Dog and a cat
CD in your CD player: Nelly Furtado
If you weren’t a musician what would you be? Model or actor
If you could clone someone, who would it be? Jennifer Love Hewitt, “I like her attitude towards things and how she dresses.”
If your house were on fire what would you take? A doll from when I was a baby.
3 things always in your fridge? Milk, cheese and lettuce 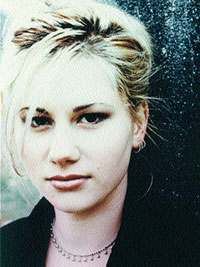 Born: July 28, 1986
Plays: Rhythm Guitar/Vocals
Fave book: Any kind of poetry, Edgar Allan Poe
Fave TV show: Friends
Fave movie: The Goonies
Fave food: Italian or Mexican
Fave school subject: English
Dream Car: Ferrari
Pets: a dog named Sheba
CD in your CD player: Depeche Mode
If you weren’t a musician what would you be? Songwriter
If you could clone someone, who would it be? Bridgette Bardot, “The way she carries herself is really cool.”
If your house were on fire what would you take? Photo album
3 things always in your fridge? Pizza, sub, and orange pop 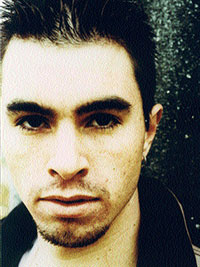 Born: February 1, 1982
Plays: Drums
Fave book: Hardy Boys
Fave TV show: Street Smarts and Change of Hear
Fave movie: Gladiator
Fave food: Pizza
Fave school subject: Music
Dream Car: Lamborghini
Pets: 3 dogs, 4 cats, a guinea pig and a rabbit
CD in your CD player: Train CD
If you weren’t a musician what would you be? Paramedic
If you could clone someone, who would it be? Catherine Zeta Jones
If your house were on fire what would you take? My visor
3 things always in your fridge? Pepsi, pizza and eggs 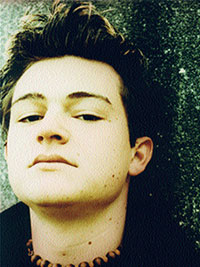 Born: October 6, 1981
Plays: Guitar
Fave book: Led Zeppelin’s bio., “Stairway to Heaven”
Fave TV show: The Simpsons
Fave movie: Hardcore Logo
Fave food: Breakfast Burrito at MacDonald’s (“It was only for a limited time!”)
Fave school subject: Law
Dream Car: Aston Martin
Pets: My brother’s bird (parrot)
CD in your CD player: Train, “Awesome CD!”
If you weren’t a musician what would you be: Record producer or member of a label
If you could clone someone, who would it be: “Myself, so I could play more music!”
If your house were on what would you save? Car keys, “So I can drive away after the fire.”
3 things always in your fridge? Chicken wings, strawberry daiquiri mix (non-alcoholic), and pepperoni pizza

FOLLOWUP...The road to super-stardom is a long, hard one. Igneous, despite their talent, determination and their seasoned management team, never seemed to get into full gear and soon veered off the road. Bassist and singer Amanda Bolton left to pursue her own solo career and the band Igneous soon was no more. Good luck to all of them… But hmm, what an odd name for a fluffy pop band: Igneous. Who came up with that one? Sure the definition, “volcanic rock” is kinda cool but more appropriate perhaps for a thrash metal band. Also…it’s a bit too close to Ignore, Ignoble, Ignoramus…just sayin’.