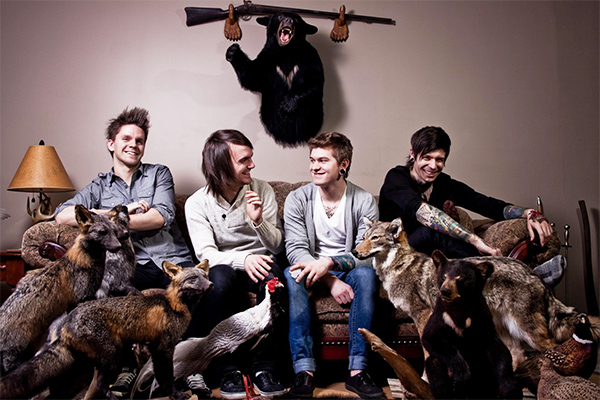 Everyone needs some really happy, feel-good music in their lives and London, Ontario-based band To Tell hopes their music will be your perfect pick me up. To Tell—which started out as a solo project by Zach Havens (piano and lead vocals)—has expanded and grown into a group collaboration, adding Nate Rundle (guitar), Mike Switzer (drums) and Justyn Schwindt (bass).

Already, the guys are breaking into the Canadian music world with their piano-based pop rock sound and have traveled and performed all across the country. Last month, they took part in Canadian Music Week for their second time and in comparison, this year’s experience was definitely a step up from their first time around.

“Last year it was a terrible experience and it was pretty rough,” says Havens. “But this year we had a really good turnout and a great response.”

Previously, the guys have performed in shows with Marianas Trench and say they have a similar vibe as the popular Vancouver-bred band. They ultimately focus their energy on creating happy music and love bringing their positivity to the stage.

“We always try to have as much fun as we can—and we do,” says Rundle.

In addition to live shows, To Tell uses social media to connect with their fans and get their music out there. They’re releasing music videos and vlogs on their Youtube channel and keeping their fans updated through Facebook and Twitter.

This year is especially exciting for them as they just released their debut EP, Away From Everything. They are looking forward to an amazing year, and we can’t wait to hear more!