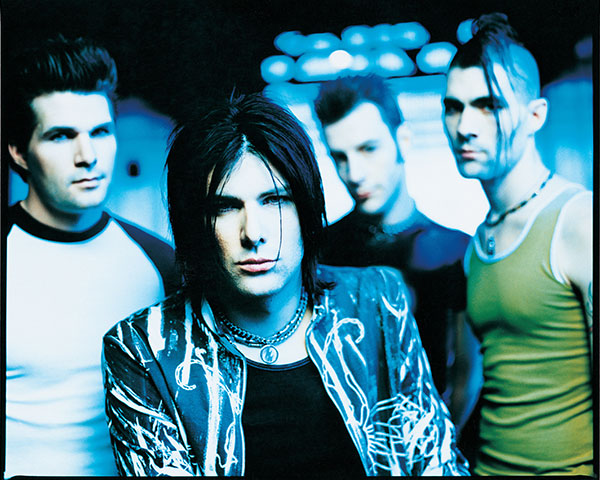 Looking beyond their aspirations to ‘become the band to save rock ‘n roll’ Static in Stereo is a study in self-expression and individuality, which is not surprising as three of the four members are brothers.

Like most siblings, Todd, John and Ryan were determined to establish their own distinct identity as they grew up in Lanigan, Saskatchewan.

The easiest and most obvious route was their appearance – visually their differences are striking.

Todd, the eldest brother, is the glam rock lead vocalist. Wearing shoulder length midnight hair, tattooed arms, leather pants and just the right t-shirt, he rocks the stage with his tall lean frame; he is the epitome of a rock star.

Then there is John. Introduced by Todd as ‘half man, half beast’, his punk rock persona is magnified as he drags his guitar along the stage and occasionally spits for good measure. His mohawk and crossbones and skull necklace complete the image. 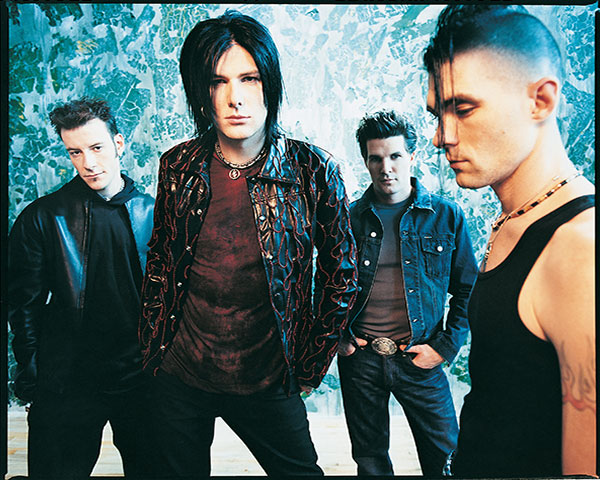 Ryan, the youngest of the three, comfortably dressed in his Levi’s blue jeans with the cuffs turned up and his country-western shirt adorned with roses, seems relaxed and unassuming. His rhythmic sway and conservative movements reflect his roots-based origins.

It seems almost comical at first, that when John is asked about their differences, he pauses awhile and responds, “Really, I can’t think of any.” The simplicity of the statement is profound. Despite the blaring, seemingly obvious differences in style, music and interests, they are very much alike.

Todd comments on why they get along so well, “If I use the analogy of a hockey team, well, there’s someone who plays net, someone is defence and someone else plays centre, everyone has their own role to play. I think it was always very clear what each person’s role was and we were always open to each others ideas.”

Ryan admits, “Sure, we have differences but eventually we all meet in the middle. For example, musically I try to bring in elements of country and we’ll mix that with John’s harder edge punk rock and Todd’s glam rock base and end up with something we all like.”

John goes on to say, “Sibling rivalry is just part of growing up – we’d fight about everything from what kind of music we liked, to what we should watch on TV, but again that’s part of growing up and gaining social skills. But, in the end you gotta respect the other person or they’re not going to respect you.”

At first glance the members of Static In Stereo appear to be an experiment in music melding – throw four different genres of music together and see what you get. Scotty, the ‘outsider’, completes the melting pot as he pushes his silver-rimmed aviator glasses back into his short gelled hair and explains he is, “the purely rock ‘n roll guy.”

However, it is the appreciation of each other’s unique life perspective that has enabled them to create a sound that speaks to the masses about aspirations, perseverance and personal triumph.