Busy bees—or angels—Brittany  Adams, Demetrius Joyette, and Dylan Everett are definitely not Wingin’ It through the filming of their hit show. 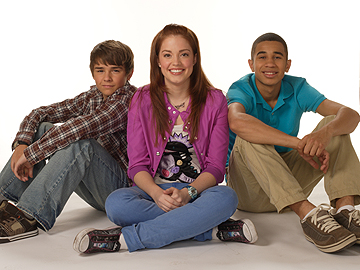 There must be guardian angels blessing the cast and crew of the show with success, as they are all busily and happily working hard this summer on the third season of their hit series.

The show is about an Angel-In-Training (AIT), Porter, who has to earn his wings by helping highschooler Carl gain some popularity–which proves to be a harder task than he ever thought possible (and thus, hilarity ensues!).

We caught up with some of the cast on set, just before the launch of Season One on DVD. 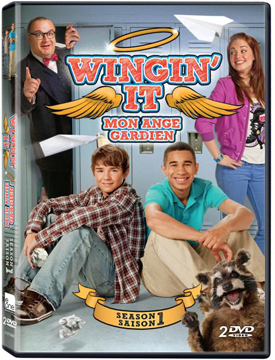 Are you anything like your characters on Wingin’ It?

Brittany: My character is Jane Casey. She is your typical smart girl, a little bit nerdy, know-it-all …and over-achiever. [She] has everything organized [and] is the president of every club in school.
I am definitely very organized like her…I wasn’t as proactive in high school as she was. I don’t think I was in any club…I like to be in control and I like telling people what to do.

Demetrius: Porter Jackson is a really laid back; your typical popular cool kid who’s very relaxed and just doesn’t take anything too seriously. He pays for it in the end usually because if you don’t put time and effort into actually doing proper magic, something might go wrong.
We’re similar in the sense that we’re really laid back. I don’t take anything too seriously…but I don’t put things off that much. I do put time and effort into [the role] to get it done right.

Dylan: Carl’s kind of a…hopeless romantic, a roll-with-the-punches kind of guy. He always gets drawn into these situations, but somehow he always turns out better afterward. He just goes with the flow. He’s got a lot of friends and they’re always there to back him and support him.
In that sense I think I can relate to him. I’ve got a strong structure, a supportive structure when it comes to that kind of thing. 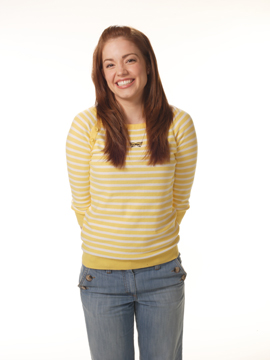 Demetrius: It’s very hectic–considering we do so much magic and there’s a lot more shots involved to make sure we get it in clean. But when we get everything rehearsed, it’s so fluid that we usually bang through everything no problem.

Dylan: It’s busy, but I love it. I love the people I work with. They’re such a fantastic cast and crew…It’s a lot of fun. We’re doing something new everyday, something crazy everyday, so it’s awesome. 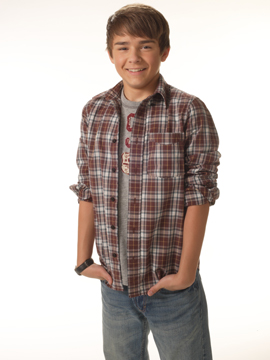 If you had a guardian angel, what would you have it do to help you through high school?

Brittany: I would want my guardian angel to do my homework for me. Or make a big lunch because cafeteria food is not so good in high school.

Demetrius: [I would want] a drive to school and a drive back…in a Bentley…[And] just make life incredibly easy.

Dylan: For one, I’d get him to make me taller…Number two, I want to spice up the appeal…make the girls like me. Maybe a magic cologne or something like that [to get] all the girls attracted to it.

Be sure to look out for Wingin’ It, Season One now available on DVD. The second part of season two airs this fall on the Family Channel. 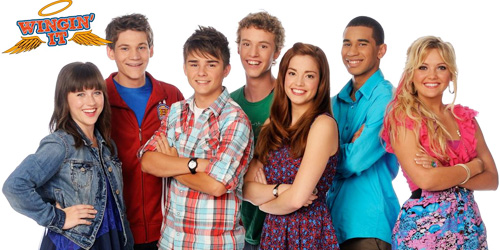 For more from our interview with the cast, stay tuned to future Faze issues!