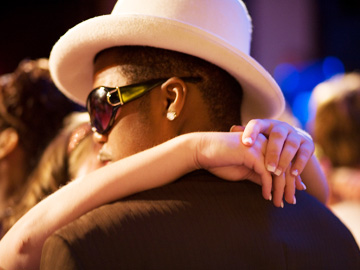 The teenagers at the local high school cheer from the stadiums at evening football games; some attend church every Sunday morning with their families; even more swoon over their latest crushes with their friends.

However, on second glance, you might notice that mixed couples are afraid to hold hands in the hallways. A potential valedictorian might be ousted because she is black. And even though the senior class has known each other since their first day of kindergarten, they won’t be attending the same prom. In fact, until 2008, Charleston High School still held segregated proms: one for black students and one for white students.

But Morgan Freeman gave them a chance to change. 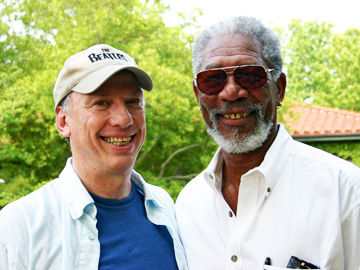 The Academy Award-winning actor offered to pay for a racially integrated prom in 1997, however, his offer was ignored. It wasn’t until 2008 that the school board accepted his proposal.

In the critically acclaimed documentary Prom Night in Mississippi, high school students were given a chance to make history by breaking through racial barriers at their school and celebrating their graduation together. The filming happened to align with Obama’s election—one of the most tangible examples of progression and a possible motivation for the students.

Freeman addresses the senior class at a high school assembly. The budget, theme and décor of the prom are up to them. However, they also have a much larger decision to make. Would they attend the combined prom? Freeman seemed to think so. During his Faze interview, Freeman says he was surprised when he heard his hometown still held on to racial attitudes from 50 years ago.

“I just thought it was such a ridiculous thing to experience in the 21st century anywhere in the U.S. I was hoping for some change to take place as a result [of the project],” he says.

In the documentary, Freeman looks at the Charleston neighbourhood through his car window, and remembers how white families used to live on one side of the dirt road and black families lived on the other. Although the road has been paved over and families are interwoven throughout the entire town, old ideologies have not disappeared. 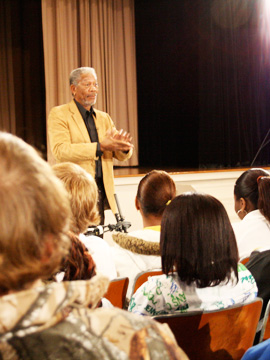 Freeman says he has personally experienced the narrowness of such thinking. For example, after his mother-in-law died, a “white” funeral home refused service with Freeman’s family because of her race. He also says his wife once declined lunch with a friend after she learned that the country club they planned on going to lacked black members. Freeman’s own experiences bind him to the town, as he understands the divisiveness felt by the teens.

Freeman says that if the parents never passed down their outdated ideologies, students would be less apprehensive about socializing with the other race. “Racism, hatred, dislike, this sort of thing, it’s a learned thing. It isn’t something you naturally come by. These children are told that they are not to socialize,” he said. “One or two of them do, but that’s completely swimming upstream.”

Glen Summer, a self-proclaimed redneck, is one parent who does not support the integrated prom during the film. His daughter Heather has been going out with her boyfriend Jeremy since grade seven. In the documentary, they say their love is indescribable. Heather has faced obstacles in her relationship such as losing friends, being grounded and having her phone taken away by her father.

The reason why their relationship is frowned upon is because Jeremy is black and Heather is white. With Freeman’s offer they were finally given the opportunity to attend their high school prom together. However, Heather’s dad refuses to watch her take those monumental steps down the senior walk with Jeremy, lest he encourage their relationship.

Some of the white parents forbid their children from even attending the integrated prom. In rebellion, the parents hold a secret meeting and begin preparation for a separate white-only prom, much to the disappointment of some of the students. 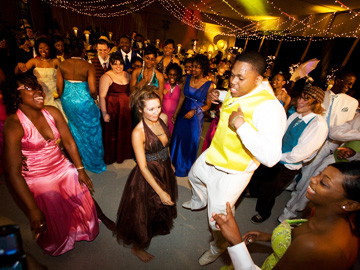 Freeman says the opinions that parents latch on to are more difficult to change because they have a “that’s the way it is” kind of attitude. On the other hand, teens haven’t had the time to thoroughly buy into any particular ideology. “In other words, you can sell them another idea,” Freeman says.

Out of the 415 students at Charleston, 70 percent are black and 30 percent are white. Even when they’re far from the prying eyes of parents, the students wonder if the prom will work.

Prom day arrives on a bright, crisp morning. The guys clasp their cuffs and the girls curl their hair. Before leaving, the students pose for pictures, as their parents dry their eyes.

No one knows how many students will attend the combined prom or if it will be a success. However, they know that their decision to attend prom is a positive step toward change. Although they had to fight their parents to make the integrated prom work, they hold the knowledge, and the hope for the future, that they won’t always have to.

This film is a wake-up call for everyone–check out the trailer right now! 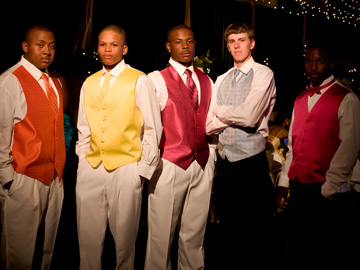 Prom Night in Mississippi, directed by Canadian director Paul Saltzman, has won three awards, including Best Documentary at the AFI Dallas International Film Festival. It was also nominated for the Grand Jury Prize at the Sundance Film Festival.

Beyond its professional honours, the film has been a catalyst that has inspired other schools to follow its inspirational message by nixing segregated proms.
The ripple effect spread to Winona High School in Mississippi, which held an integrated prom after hearing about Charleston High School. Freeman said he thinks change will come to other U.S. high schools that have still not risen to the occasion.

“I think it will probably continue, particularly with the popularity of this documentary. People will get to hear the kids speak out,” he said. “Hearing the kids speak up is one of the best ways to get people to change their attitude.” 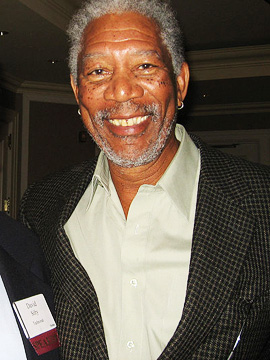 Fave movie: Moulin Rouge
Fave Batman: Christian Bale
Most challenging film: Hard Rain (a movie about an attempted robbery, during a flood—they had to shoot in the water for 87 days!)
Person to be stuck in an elevator with: Rene Russo
What’s on your bucket list: buying a new airplane; for my company to win an Academy Award for Best Picture
3 words that describe you: tall, dark and handsome
Accomplishment you are most proud of: being an actor
Secret to success: perseverance
You know you’re happy when…
…you can jump right out of bed in the morning
Any advice to Robert Pattinson, rising star of Twilight, about how to deal with fame?
“Always remember who you are—your roots. Biggest mistake we can make is having others define us.”

All above photos courtesy of Catherine Farquharson and Paul Saltzman.


One thought on “Prom Night In Mississippi: Our Interview With Morgan Freeman”