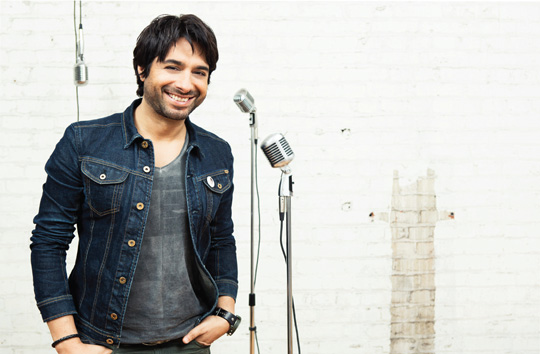 From musician, to television interviewer, to radio host and now author: in order to follow your passion, sometimes it takes a lot of reinvention.

“You can’t be the architect of your life,” Jian Ghomeshi tells me, when we sit down in his studio for our interview. “ Just follow your passion.”

In a society that is constantly telling us to plan ahead and know exactly what school, what program, what path we should be following, before we’ve even entered the doors of a high school, his advice stands out as a bit different than the status quo. But, then again, so is Jian.

We’re hanging out in the red-lit studio of CBC, where Jian records his national daily talk program, Q, which plays on both CBC Radio One and CBC TV. The show has been running since 2007 and hosts celebrity guests, like Cory Monteith, Ed Sheeran, deadmau5, Jay-Z, Paul McCartney, Al Gore, Margaret Atwood—the lists goes on and on.

He’s been through multiple reinventions throughout his career in the entertainment world, his path branching out to include musician, producer, television interviewer, radio host and now, the latest, author.

As a teen, Jian struggled to fit in. His parents are from Iran, but he spent most of his childhood in a predominantly white neighbourhood, in Thornhill, Ontario. During this time, Jian just wanted to look like David Bowie. No, he wanted to be David Bowie. 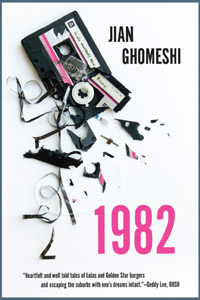 He talks about those early experiences in his book, 1982, the year he was 14. “You have these moments throughout your life, where there is a real coming-of-age,” he says. “Within one day at a concert, I go on a date with my older dream woman, Wendy, who is 16; I discover my favourite band; and I lose my ‘Linus blanket,’ my safety-good-luck-charm [Adidas] bag. That year stuck with me.”

He had an insatiable passion for music, growing up, which he turned into a successful career, as a member of the multi-platinum selling folk-rock band Moxy Früvous. “We were touring the world. I was making music with my friends. I had all kinds of adventures,” he says. “But somewhere in that, it’s hard to maintain a sense of grounding or home.

You learn to detach yourself from people, knowing that you’re going to leave soon. That really took its toll. I think that’s the reason the band went on hiatus.”

He’s still involved in music, these days, writing and producing, as well as managing the artist LIGHTS, who was on our cover in 2009. But, he remolded his career path and began working in television, presenting documentaries, hosting the Gemini-Award-winning program Play (which showcased the arts in Canada), as well as interviewing a wide variety of international talent. 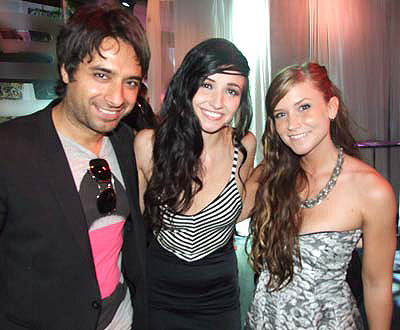 Jian says that, early on, he was given advice about being himself on air, but it took him awhile to really internalize the importance of self-confidence. “The more comfortable you are in your own skin, the more people will feel comfortable with you,” he says. “And sometimes it’s about screwing up, too—not being embarrassed about screw-ups, which are very difficult for me, the number of times where I’m like, ‘I stumbled over this essay!’ But the audience and the producers love it because it’s real. Really accepting that—just be who you are, as unfiltered as possible—has been a lesson for me.”

For Jian, after TV, came radio (but his show is now also televised) and, with it, a host of new interviews. Q, which started as a modest show on CBC, is now broadcast across Canada and in the States.

Jian couldn’t be more proud of how far the show has come. But, he also accepts that he may need to reinvent himself once again. “For me, it’s growing and learning. When it’s no longer about that, it will be the end for me. I’ll move on,” he says.

Reinvention is now a necessary function of working in a creative field—areas like media, communications, anything to do with social sciences. “There is no job security in any field. We don’t even know what kind of skill set will be needed in the next ten years, because everything is changing so quickly,” says Jian. “Between now and when you retire, you are going to have [at least] eight different professions. Because that’s the new reality. And I think I’m an example of that. I’m a hard worker, and I’m really genuinely enthusiastic about trying new things.”

But for now, he is happy to be hosting Q, challenged with the task of pulling out stories from his guests. “My mantra is, ‘prepare as much as you can,’” he says. “But when you come to the interview, throw it all away.”

It’s a mantra that works perfectly for both interviews and life in general. Do your homework, research the facts, be as prepared as possible—but then throw it all away, in order to, as Jian says, “follow your passion.” Life has so much more meaning when it’s lived off the page.

We await Jian Ghomeshi’s next reinvention. 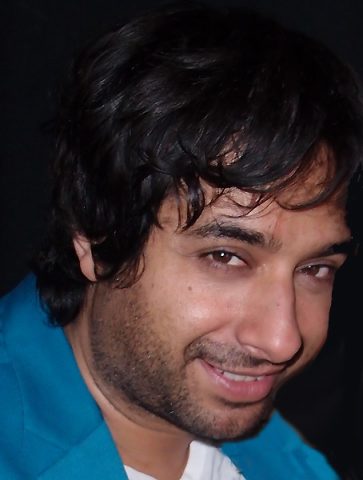