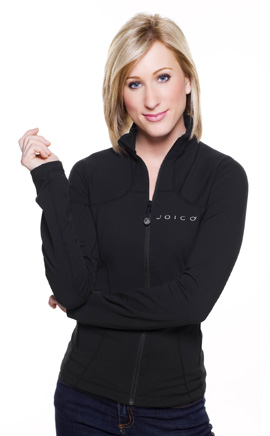 For so many Canadians, hockey teams and skating lessons are staples of a typical childhood. And few kids make up their minds that they’re going to realize their dream of competing in the Olympics. But for Joannie Rochette, deciding to get serious about becoming an Olympic champion happened when most kids were still packing their Saturdays with every possible extracurricular offered to them. She recalls, “I saw the Olympic games on TV and I thought ‘I want to be there someday.’”

At 22 months, Joannie had taken her first steps onto the ice; by eight years old, mesmerized by the music, choreography and jumps of the Olympians, Joannie decided her future lay with figure skating.

Today Joannie is a five-time Canadian champion, an eight-time medalist in individual ISU Grand Prix competitions and a 2009 World silver medalist. With these and more career highlights, competing in the Vancouver 2010 Winter Games should seem like a cinch. But for Joannie, who once hated to compete at home, “it’s the opportunity of a lifetime.”

For the 2010 Canadian team, winning a gold medal in Vancouver would be one for the history books— Canada has yet to win a gold medal on home soil. “Every athlete can have the Olympics, but not everyone can have it in Canada. So [the Canadian team is] special.” 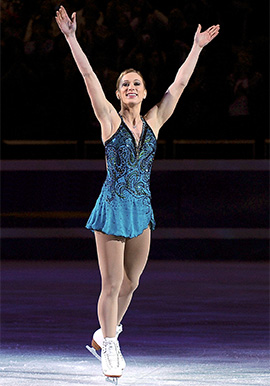 Joannie calls herself lucky; lucky to have a career as a figure skater, lucky to be spending New Year’s and Christmas in Europe competing and lucky to be skating for gold. However, she acknowledges that her devotion to skating has come with some sacrifices. Squeezing training and practice in between school and studying has become almost second nature; school dances and outings with friends have often had to wait.

But as frustrating as it may have been to say “no” to normal teen rituals, Joannie hardly sees them as sacrifices. She credits her family for keeping her focused, especially her mother. “I think it was important to have a little bit of pushing from my parents…why would I keep going to the ice rink and keep falling on my butt 15 times a day?

You need to have someone there to keep you motivated.” Backed by an incredible support system and with all those medals to her name, the 22-year-old skating champ’s efforts have paid off.

Beyond skating and training, Joannie sees the Olympics as more than just another competition; every trip to the Games is an opportunity to meet fellow skaters and athletes with the same dreams and goals. From meeting Wayne Gretzky to hanging out with the Ottawa Senators, Rochette enjoys the camaraderie of the Games as much as the thrill of competing. She intends to be in Vancouver from start to finish, including at the opening ceremonies where the world will be watching.

And, of course, Joannie appreciates the millions of Canadian fans who will be watching, waiting in the stands for a gold medal from the national team. “The way I like to think of it is all those Canadian fans are cheering for me…nobody wants to see you fall, they all want good things for you.”

While she’s not sure what her future will look like, Joannie says she will focus on getting better, garnering some staying power and enjoying the experience. “It’s exciting to have people come to you and say ‘You can win a medal’ and ‘Go for it.’ It’s just a dream and the perfect timing for me and my career.” From shuffling around neighbourhood ice rinks to competing on the world stage, Joannie has proven, with enough determination, no dream is out of reach. 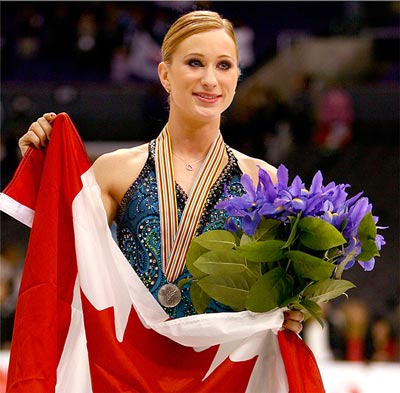