Lost in our world. Found in another. 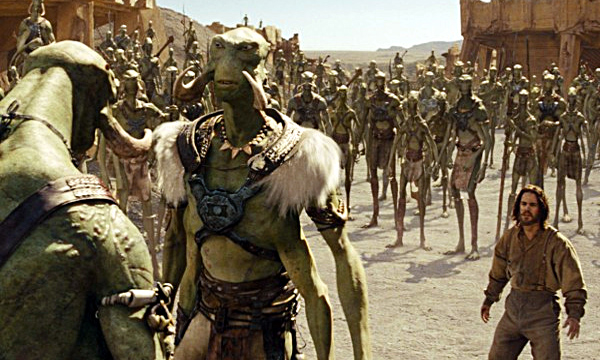 Former Confederate captain John Carter (Taylor Kitsch, Friday Night Lights) is looking to escape his dark past and strike it rich in gold. While chasing after those illusive riches up in the mountains, John is mysterious transported to Mars–though the natives call it Barsoom. The planet is in the midst of a huge war, but with the help of powerful John Carter (he can literally jump just about anywhere, due to Mars having little gravity compared to Earth), Princess Dejah Thoris (Lynne Collins, X-Men Origins: Wolverine) thinks she can find a way to bring an end to the conflict. 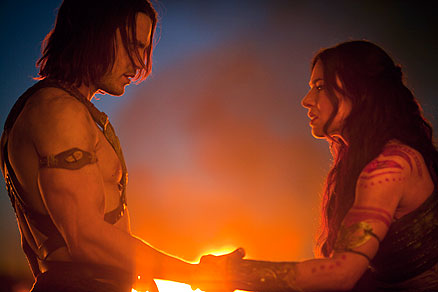 Action: Though he’s a pretty good soldier on Earth, on Mars he’s like a Titan, so the action in this film is pretty incredible as John Carter is almost undefeatable. And we
definitely can’t forget the totally kick Princess, who can stand her own ground with a sword.

Romance: Sigh. The Princess finally meets her hero–who is a lot better at standing up for her rights than her where’s-my-spine father (he tries to give her away in marriage to their sworn enemy in an attempt to make peace).

Sci-fi: A-MAZING! The scenery reminds of Star Wars and the technology has grown a lot since the filming of even the latest episodes of that saga, so the special effects in this flick are stunning. One of my favourite scenes is right at the beginning, when John Carter must adjust to the lack of gravity and re-learn how to walk. Not sure if this is actually how it would be on the red planet, but it made for some hilarious moments. 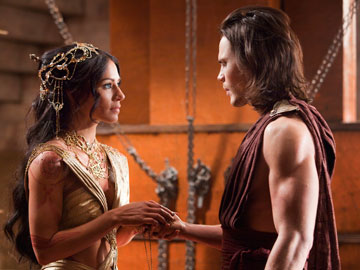 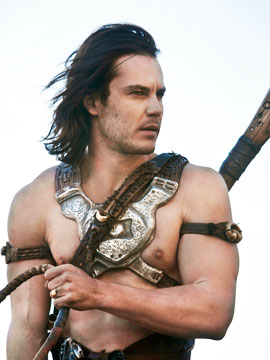 JOHN CARTER is now out. Check it out!