At just 18, Just Kait has mastered the drums, the guitar and the basic how-tos of rock ‘n’ roll; and now she’s added a recent tour with The Honour Society to her musical resumé. 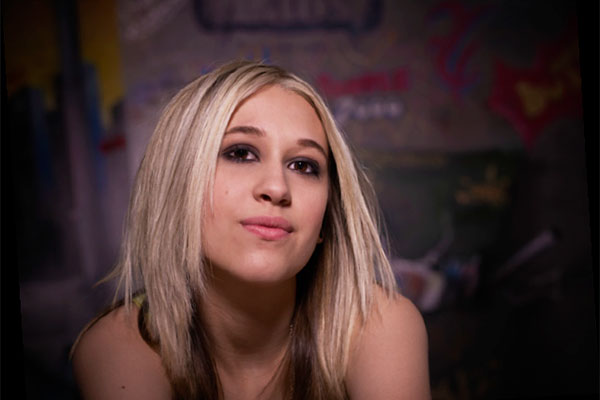 Kaitlyn DiBenedetto, known as Just Kait, started her musical journey at a very young age when she was inspired by her dad who was always passionate about music. “The fact that I grew up with him playing really influenced me.”

After injuring herself playing basketball, Just Kait started learning guitar. What began just as a way to pass the time turned into a passion for music that rivaled her father’s, and before long, she was headed for a record deal. She’s released her EP, “Being on TV (Again)” with a few tracks to test the waters, including her favourite cover, “Hot Stuff.”

Watch out for her debut album coming soon! While questioning this rising all-star about which other artists she would love to work with, Just Kait replies immediately, “Paramore[’s Hayley Williams] and Gwen Stefani. Both are really powerful women.”

Here’s Just Kait and her video for “Sick”