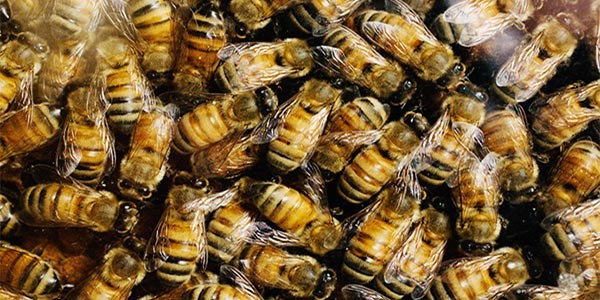 Sound like anyone you know? This best describe the “personality” of the infamous Africanized honey bees, commonly known as “killer bees”. However, this nickname is not completely accurate in describing their intentions. Due to an experiment gone-wrong in 1956, killer bees have spread throughout South America, and continue to migrate north into the southern US. This movement north has enabled killer bees to build colonies. This not only increases the risk of being stung, but also threatens the bee-keeping industry, in turn threatening agricultural crops due to the significant drop in pollination mainly provided by honey bees. It is evident that they are not only a hazard to society, but also society’s economy due to the rapid spread of colonies. However, the bees are not to be blamed for this, but humans, for tampering with Mother Nature. 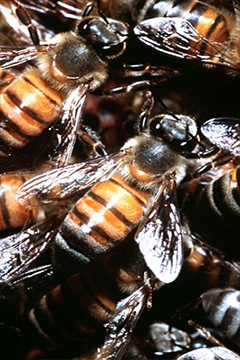 In 1957 swarms of the Africanized honey bee escaped the quarantine and began to establish colonies. As well, some African honey bee queens were given to beekeepers. This enabled the bees to migrate further north into Central America. The colonies began to disrupt beekeeper’s colonies, causing a drop in crop yields.

As the population of honey bees grew, so did the number of bee stings sustained by animals and humans. Africanized honey bees are more sensitive than European honey bees. They will sense threat from greater distances, attack more frequently, and in larger numbers than European honey bees. Their recent appearance in the southern US was greatly publicized and Hollywood gave them the nickname of “Killer Bees”. This added an “edge” to its rather boring name of Africanized honey bee. This was used as a marketing scheme for movie producers. This exaggerates their intentions of stinging. Africanized honey bees do not swarm in order to find people or animals to attack, but rather, sting out of defense, and therefore, do not intend to kill.

Africanized honey bees, despite their reputation for being violent and more aggressive than their European counterparts, are actually smaller in size than European honey bees. This results in a shortened development time, enabling Africanized bees to produce larger populations. This creates a population advantage over European honey bees. In turn, beekeepers are greatly threatened if killer bees begin to colonize in their district.

Africanized bees have no need to store honey for the winter. This is because honey is immediately consumed for reproduction and population growth. Also, Africanized bees abscond, leaving no queen, workers, or resources. There are two main causes for a swarm to leave their colony. These occur when there is a shortage of resources or when there is a disturbance. Shortage of resources usually takes place during seasons when pollen and nectar flow stops or drastically decreases. Disturbance-caused by absconding occurs when there is a fire, overheating, predation, or pest invasion.

As Africanized honey bees continue to migrate north, there has been a rising concern for the safety of communities. This problem, most recently, has effected Texas, New Mexico, Arizona, and California. There are no boundaries for these determined pests. And there is no telling how far they will go. There have been six reported deaths in the United States, usually because the victims were unable to get away, and were stung several hundreds of times.

True, killer bees are a threat to society, however, is it not humans’ fault doubting nature the way it was created? This is a sign of what happens when humans meddle with the nature. It is clear that such “improvements” lead to greater harm than good, especially when involving such a delicate matter as the living patterns of creatures.

Where killer bees are headed exactly is uncertain, however the importance is that people learn from this, and abandon the thought that nature should be modified. The world has been able to sustain itself from the beginning of time; however, it has begun to deteriorate due to human influence.

Also, a reminder that due to their extreme similarities to European honey bees it is important to refrain from aggravating any bees. Have any hives found professionally removed, in order to reduce risks of being stung. Until this problem can be controlled it is best to be safe than sorry.