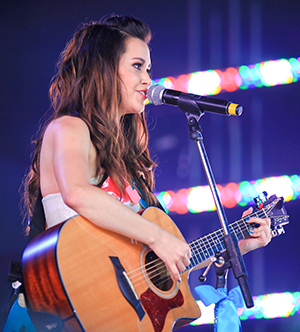 From YouTube to the big stage, Megan Nicole is our latest teen sensation to hit it off after posting covers on her YouTube channel – with over 800 million video views! She released her first single B-e-a-utiful in 2011, which received a million hits in just under a week, and her highly anticipated album is ready to drop in October. Her catchy tunes reflect her passion for the classics like Queen and Stevie Wonder, and express her sweet personality. Growing up in Texas, she took to performing at the young age of 10 when her parents bought her a karaoke machine, and she’s never looked back since then. Faze caught up with Megan Nicole backstage at Family Channel’s Big Ticket Summer concert in Toronto to chat musical inspiration, transitioning from YouTube and her dedicated fans – “Meganizers”.

Faze caught up with Megan recently to ask her about being a Youtube star, writing music and career highlights.

How did your interest in music begin?

Megan Nicole: Music has always been a part of my life. Growing up with my dad, in the car we would listen to Al Green, Queen, Stevie Wonder and Earth Wind Fire. I also had been playing piano from a young age. It probably wasn’t until I was 15 when I picked up the guitar, that I honestly couldn’t see myself doing anything else. My parents have been extremely supportive and encouraging as well, as they told me to strive for my dreams.

Megan Nicole: I just take each day one step at a time and just enjoy the journey that I am on. Just recently I was thinking to myself that you always think about getting to these certain destinations, but I really feel that I am at a pretty good point in my life right now. I mean, I’m blessed enough to get the opportunity to perform at The Big Ticket Summer Concert and play for 15,000 people. I also recently did a show in Germany where I played for thousands. This is my dream and I am getting the opportunity to live it because of the support of my fans that watch my videos and share my music.

How did your fans react when they found out that you were releasing original music?

Megan Nicole: I was very lucky to have my first single “B-e-a-utiful” go viral as the fans really connected to that one. My fans seem to be excited. I just released a new single” Electrified” off of my new EP (Escaper) and fans have been tweeting me saying it’s crazy to see you going from covers to originals. The fact that they are receiving these original songs and connecting with them is all I can ask for. 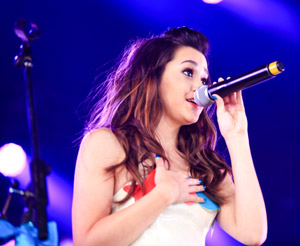 Where do you draw inspiration from when writing your songs?

Megan Nicole: Most of my songs are inspired by my own life experiences and from friends’ situations- whenever they explain some of their situations to me, it kind of turns into songs.

What has been your key career highlight till date?

Megan Nicole: Performing today at The Big Ticket Summer Concert is a pretty big milestone on its own; performing alongside so many other talented artists and performing for so many people who are so excited. When I was outside doing an interview today, I heard some girl from far away screaming at the top of her lungs “Megan Nicole”!

What makes your sound different from other artists?

CL: With this new album (Escape) there are a few songs where I am kind of bringing that Earth Wind and Fire influence to my music. And what’s been really important to me for this album is really bringing back that band feel and incorporating those live instruments because you can feel the difference in the music with the real life elements. 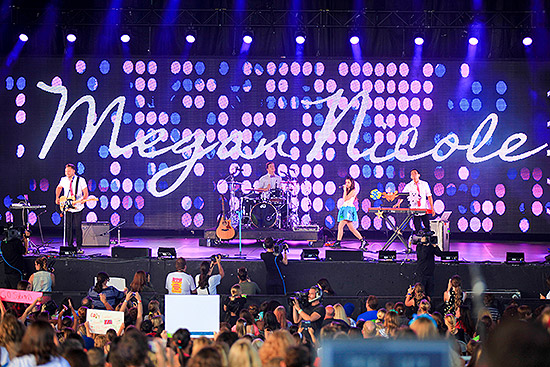