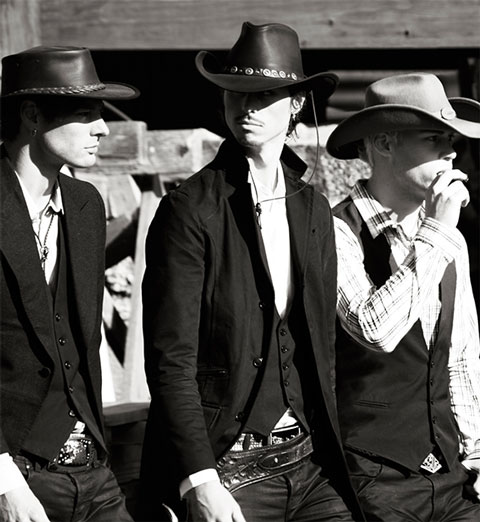 If you can say that you’ve played with U2, you know that you are doing something right. MENEW, pronounced “menu,” is a band of three brothers—Shade (vocals and guitar), Key (piano and synthesizers) and Nathan Samuel Phillip (drums and backing vocals)—who can proudly say that they have shared the stage with one of their musical influences.

You would think that such an experience would cause some butterflies in the stomach, or shaky knees, but the band kept it together while on stage with their idols.

“We have been fans of U2 from the beginning,” says Nathan. “To play with them on stage is pretty surreal, but at the same time we were kind of in the zone, so it felt right, but it was a lot of fun!”

No strangers to being around music themselves, these guys have been playing since they were about six years old and all have experience with piano, which helps them to keep in sync with each other while playing. And, because they’re brothers, they sometimes don’t even have to say what they’re thinking, they just know what changes need to be made with their music.

“It’s weird…you don’t have to communicate to get a point through a song when you are switching parts and we are going through a verse or chorus; we hardly have to look at each other—we just feel it,” says Shade.

They have released three albums so far, their latest being Of the Future, with their fourth due out later this year. Interested in a sneak peek at the new music? The guys say the upcoming album will have a lot more soul and passion—but the rest you will just have to wait for!