The stars of CBC’s successful series 18 to Life, Michael Seater & Stacey Farber, are gearing up for season two. 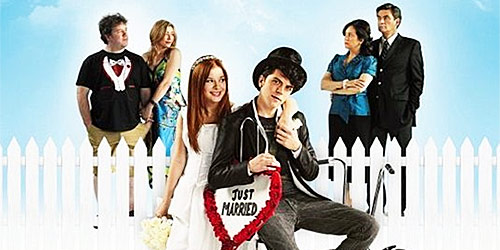 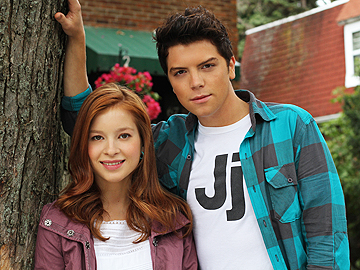 Canadian actress Stacey Farber has had quite a busy life so far in her 23 years. Formerly known as Ellie in her seven year running role on Degrassi, Stacey now stars alongside Michael Seater as his (teen) wife Jessie in the hit TV comedy 18 to Life.

Jessie and Tom are next-door neighbours/girlfriend-boyfriend and decide, on a dare, to get married right out of high school. Having to rely on help from their very different parents (Jessie’s are free-spirited and Tom’s are super-conservative), the couple seems like a match made outside of heaven as they go through the trials of being newlyweds.

But their honest love and commitment to each other is always there to pull them through the struggles.

Although the star admits that she would not have been ready for marriage at the age of 18, she tells Faze that she believes 18 to Life promotes first-class values. She describes it as “traditional” and “old fashioned” despite some critics controversial views.

“Our show isn’t saying save yourself for marriage, but I think it’s a healthier perspective saying be intimate with someone that you love or you plan to be with for a long time. So, I think we promote good values.”

Dying to know what it’s like on set for Stacey with a prankster like Michael around? “I crack up all the time; they have to call cut because I burst out laughing…we have a blast together.” 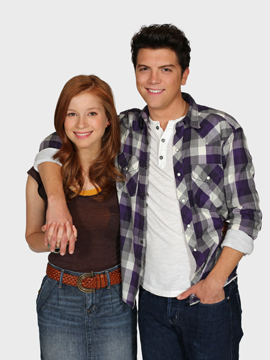 If you haven’t heard of Michael Seater by now, it sounds like you have indeed been living under a rock. You must have seen him star on Life with Derek, or as Tom Bellow on the new hit series 18 to Life.

Either way, the 23-year-old is certainly making a name for himself not only in Canada, but recently in the states as well.

The young star tells Faze that he relates to both of his sit-com characters, sharing, “I like Tom’s heart, but I do like that Derek knows how to go after what he wants.”

If two hit television series in the last five years hasn’t been enough, Michael will be staring alongside Emily Meade and Bo Burnham in the independent film Sin Bin, due out next year. Loosely based on the 1960’s film The Apartment, Michael travelled to Chicago for filming.

Michael expresses his pride in being a Canadian and though his career has now taken him elsewhere, he tells Faze, “I think staying at home for fifteen years clearly shows my love for Canada.” Michael says that he will continue to work at home whenever possible.

With such a busy schedule, going from one project to the next, Michael doesn’t get a lot of downtime to just do nothing; but what does he like to do when he gets those moments to relax?

“My favourite thing while we’re filming in Montreal shooting 18 to Life was, most Sundays, a bunch of friends that I have there and I (and even strangers), we get together at the park and play soccer baseball…It’s kind of a children’s game but we’re all in our twenties and play it.”

Catch all the fun of Michael and Stacey in the second season, airing on CBC.

Check out the 18 To Life Trailer