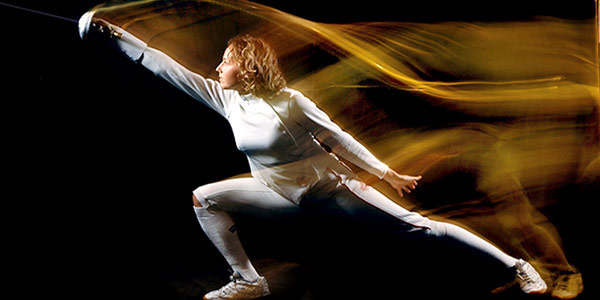 Do you ever wonder what’s going on in the gym when you see people in head-to-toe white suits with wire face masks and wielding swords? No, they’re not filming a martial arts movie, they’re engaging in a traditional sport called fencing. As much an art form as a sport, fencing blends sword fighting with patience, determination, discipline and grace.

The earliest evidence of fencing comes from Egyptian carvings dating back to 1200 BC. By the fifteenth century, fencing was sweeping through Europe. Fencing started off as a dangerous duel with a high death toll, but over time, rules were established and protective gear became common. By the nineteenth century, fencing had largely become the sport as we now know it. European immigrants brought the tradition of fencing with them when they came to Canada, and the first fencing school opened in Montreal, Quebec, in 1816. Fencing has been an official Olympic sport since 1896.

Fencers stand en garde facing each other and begin to duel once the referee gives the go-ahead. Using only their sword hand, fencers must score “hits” by touching their opponents with the tip of their sword within the valid body zone. (Zones differ depending on the sword used.) A match or “bout” lasts five or 15 points, depending on the type of match. The fencer who gets there first wins!

The Gear
Fencers wear head-to-toe protective clothing:
• A uniform made of Kevlar (bulletproof vests are made of the same material)
• A steel mesh mask with ballistic padding
• Protective socks and shoes 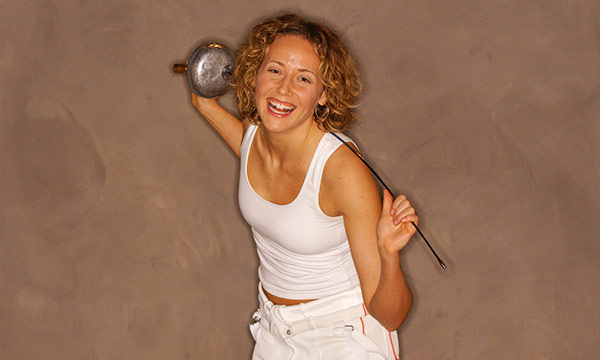 Canada’s leader Alberta-born Sherraine Mackay is not only the top Canadian women’s fencer, but also the top women’s fencer in the world!

Sherraine became a member of the Women’s National Epee Team in 1994. Since then, she has put Canadian fencing on the map. In 2005, Sherraine placed third at the Leipzig World Championships, making history as the first Canadian fencer ever to get a medal. She is a four-time medalist at the Pan American Games, has won eight World Cups, and just recently took the gold at the 2006 Saint Maur World Cup Grand Prix. Hot off the press, Sherraine is also author of Running with Swords.

In her words: “Fencing is a game where you outsmart and manipulate your opponent, kind of like tactical tag with sticks. It’s all about brains and body language.” 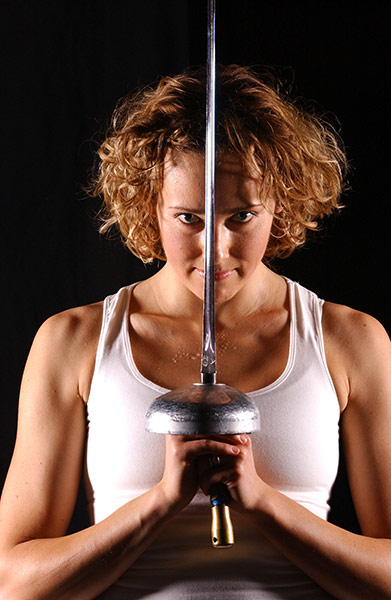