Would you jump willingly–or have to be pushed–down the rabbit hole? 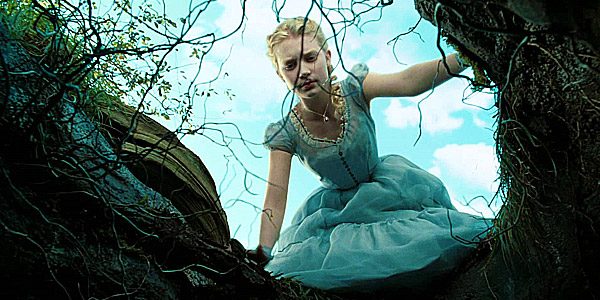 In this most recent version—which I like to call Alice 2.0—we are reintroduced to the blonde, blue ribboned girl of adventures past, but she is now almost all grown up. Teetering between childhood and adulthood, the 19-ish year old Alice (Mia Wasikowska) has only dream-like memories of Wonderland. 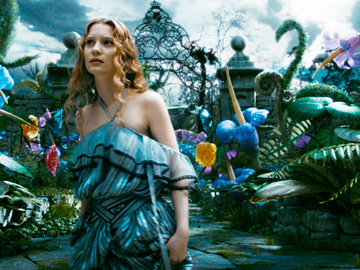 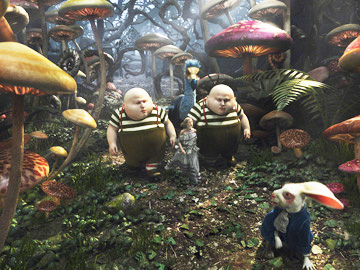 At the beginning of the film, she finds herself facing the prospect of a loveless engagement to a sniveling, indigestion-ridden man. Despite her family’s not-so-subtle nudges for her to accept, Alice decides she needs a moment to think and runs off after seeing the White Rabbit (Michael Sheen). Of course, she inevitably falls down the hole after him—which, when done in 3-D, is just a tad nauseating, but I suppose realistic then—and finds herself in Wonderland. Once there, she meets the typical cast of characters—the writers borrowing from both the original Lewis Carroll tale, as well as the sequel, Alice Through the Looking Glass—including the Blue Caterpillar (Alan Rickman), Cheshire Cat (Stephen Fry), Tweedledee and Tweedledum (Matt Lucas), the March Hare (Paul Whitehouse) and, of course, the Mad Hatter (Johnny Depp). The beauty of this film is definitely attributed to the richness of these colourful characters, who bring Wonderland to life with their nonsense, rhymes, riddles and banter—and who can forget their costumes! But the question they all want to know is: is this really the Alice they’ve been searching for? 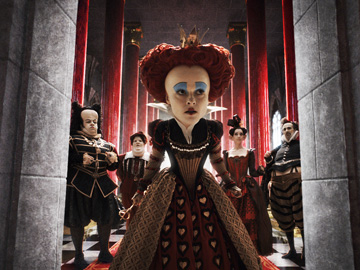 The most hilarious one-liners come from the heart-shaped inflated-head (and ego) of the Red Queen (Helen Bonham Carter)—you can’t help but smile the entire time she on screen. On the flip side to Red’s affinity for violence (“Off with their heads!”) is her passive and dreamy sister the White Queen (Anne Hathaway), who seeks to overthrow her tyrant of a sibling, free her subjects from their enslavement on the Red side and become reigning queen once more. To do so, the White Queen, with the help of the Mad Hatter and his companions, must find a champion to slay the Red Queen’s monster, the Jabberwocky. Alice then comes face to face with an important decision—can she become the Alice they need? 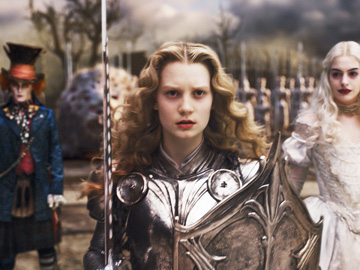 All photos courtesy of Disney Enterprises.