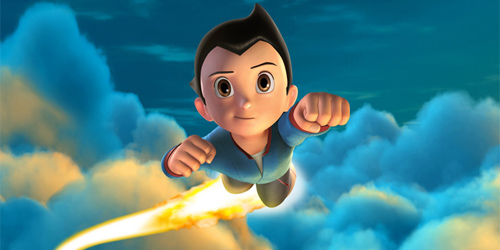 Dr. Tenma (Nicolas Cage), a scientist, looses his son Toby to a lab explosion. In his attempt to mend his broken over the loss of his son, Dr. Tenma decides to re-create Toby in robot form (a.k.a Astro Boy). However, Dr. Tenma soon realizes that although the robot looks and sounds like his former son, he will never be a replacement. Therefore, he turns his back on Astro Boy (Freddie Highmore), leaving him to fend for himself. Now, what Astro Boy wants more than anything is to figure out his place in world…or at least his place in Metro City (where he lives)—a city where robots are slaves to people. The problem is, Astro Boy is not your typical robot. He was built with the memories of a real boy and has a special “blue core,” making him superior to any other android. He has the ability to feel emotions.

He eventually finds some like-wired friends in Cora (Kristen Bell) and Zog (Samuel L. Jackson). Together with his new pals, Astro Boy fights to show the world that some robots do have feelings and in the process figures out his destiny…to save Metro City from the evil General Stone (Donald Sutherland) and become an everlasting hero!

Looking for a good heart-warming experience, along with some good kicks evil’s butt? This is your flick! From start to finish you’ll be rooting for the little robot boy to determine his purpose and save the day! 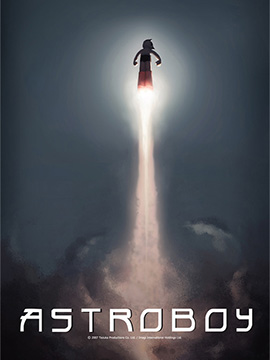