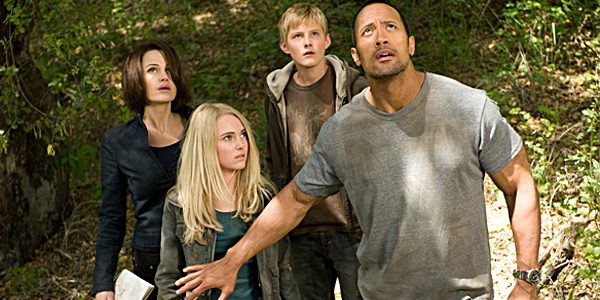 Disney is  known for producing successful movies made for audiences of all ages, and Race to Witch Mountain can officially be added to that long list. The theatre was packed with not only the anticipated tween crowd, but teenagers and adults as well.

The successful book written by Alexander Key, Escape to Witch Mountain, was adapted into a Disney movie in 1975, and has now been re-made into a more modern version.

The film begins with old newsreel footage displaying past stories about UFO and alien involvement on Earth. Sara and Seth, played by AnnaSophia Robb and Alexander Ludwig, are two aliens who land on earth in search of experiment results that will both save their dying planet and remove Earth as their planet’s military target for a new dwelling place for their citizens.

Dwayne Johnson (also known as “The Rock”) plays Jack Bruno, a taxi driver with a criminal past. He is pulled into the drama of these two young aliens, trying to keep them safe from the United States government and helping them return home.

From the very beginning, all eyes were glued to the screen and everyone ended up on the edge of their seats.

“How was that for you?” I asked two tween sisters. “It was absolutely amazing! It felt like you were actually there and it was so suspenseful!” says one of the sisters.

It was clear that 11-year-olds were loving the movie, but what about the older viewers?

I asked Alene Degian, a 17-year-old in the audience, what she thought. “It was so much better than I thought it was going to be! It was so suspenseful,” she ecstatically stated.

With action-packed scenes, witty comments and special effects, this movie was destined for success. Walt Disney Pictures’ Race to Witch Mountain is a definite “go-see” for a great family movie experience. 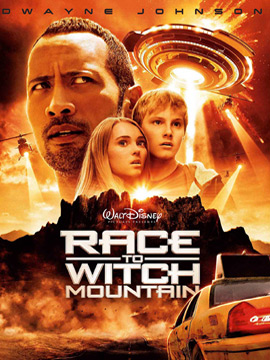