Heading to the theatre this weekend and not sure what to see? Well, let me make a huge recommendation: SECRETARIAT! 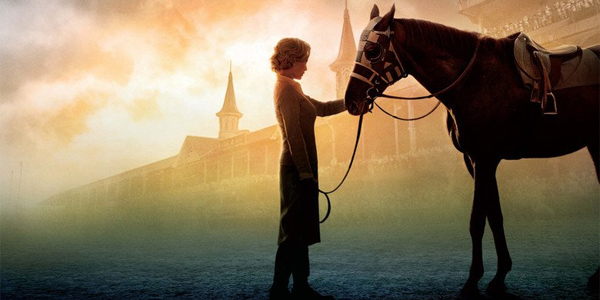 It’s this amazing story based on the real-life, nearly impossible tale of housewife Penny Chenery’s (Diane Lane) transformation of one horse and the entire horse-racing world.

With the sudden death of her mother, Penny is catapulted out of her normal responsibilities as wife and mother, and heads back into her childhood home in Virgina on Meadow Stables–which isn’t what it used to be and is losing money steadily. Her father, who was always the one with the knowledge and skill for raising horses, is declining in health as well, so Penny has 2 choices: sell the farm and put the past behind her, OR, try to turn things around.

Choosing the latter, Penny truly embarks on her journey when a tiny, but fierce colt is born (later named Secretariat) and the underdog she sees in him inspires her push forward with her efforts at the stables. With the help of veteran trainer French-Canadian Lucian Laurin (John Malkovich), Penny sets her sights on the first Triple Crown (winning 3 consecutive races)–something which hasn’t been done in 25 years. 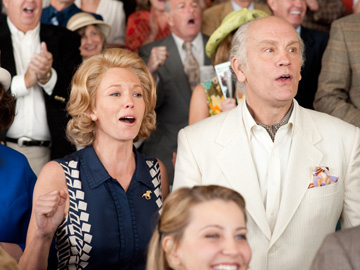 In a world dominated by men, Penny must take incredible risks and sacrifice everything–including time with her teenage daughters (eldest daughter: AJ Michalka), young sons and husband–in order to stand behind this horse. But will the horse stand just as tall, or will he falter?

A sceptic at first (not being much of a horse-racing fanatic), this film blew me away. Totally immersing its viewers into the world, Secretariat paints a vivid and captivating picture of exactly what determination looks like: though others scoff and might think you’re off your rocker, keeping the dream alive WILL pay off and WILL inspire others. 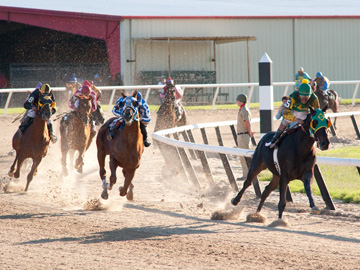 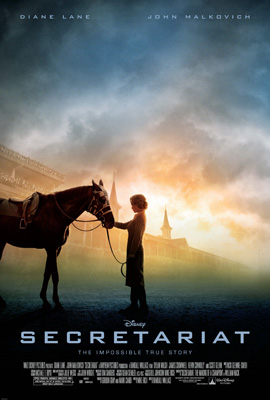 An edge-of-my-seat kind of film, for sure. So, this weekend, spend an evening at the races and be INSPIRED by Secretariat.

All photos by John Bramley, courtesy of Disney Enterprises.