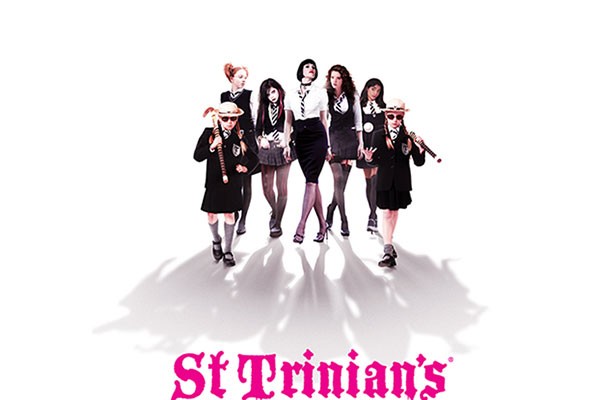 So, when Annabelle Fritton (played by Talulah Riley) is dropped off—more like abandoned though—by her father, this well brought-up, privileged girl appears to be in her own perfect nightmare: dynamite explosions on school grounds by day, moonshine operations in the shed by night, cruel pranks in the dorms around-the-clock.

It takes Annabelle a while to warm up to this centre of chaos, but having been previously bullied at her last school for wearing braces, she eventually finds her place at St. Trinian’s—mostly because it seems to be the only school that lets all of its students be themselves and teaches them to express it however they like—no matter how extreme.

But all the socially-uncontrollable students find themselves facing an end to their Eden when they over-hear that the head mistress (played by the very male Rupert Everett) owes hundreds of thousands of dollars to the bank.

Using their “unique” set of skills (which mostly include illegal activities), the girls of St. Trinian’s rally together to steal the famous painting “Girl With The Pearl Earring” in order to sell it on the black market and use the money to keep their precious school alive.

This movie is a fun, non-cliché girl-power flick that will have you laughing at the mischief, the mayhem and the mannish headmistress. The film also stars Colin Firth (Bridget Jones’s Diary) and comedian Russell Brand (Forgetting Sarah Marshall), with a guest appearance from Mischa Barton (The O.C.).

Faze caught up with one of the stars of St. Trinian’s, Talulah Riley, for a chat about the first film in the series (she is already on set of the sequel!). Here’s a sneak peek, about her favourite scene in the film:

“There’s a first sequence where I’m being bullied [by the other girls at the school]; I get green goo thrown on me and then feathers, and then I sort of end up taking a shower and they turn the water off. So I end up running naked through these corridors and bang into walls and things. And that was quite fun, just to film and to watch that all coming together…I could not stop laughing when they were throwing goo on me. It’s a really strange feeling to be covered in a bucket of warm, green slime. And everyone kept making me laugh off-camera, so we had to do about 50 takes. It was kind of disgusting, but also really good fun. It’s the sort of thing that doesn’t happen everyday, you know?”

For more on St. Trinian’s and to read the full interview, stay tuned for upcoming issues of Faze! 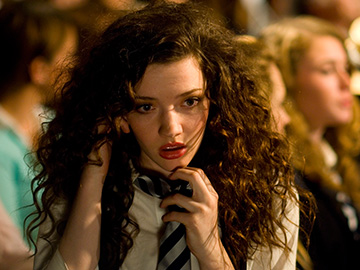 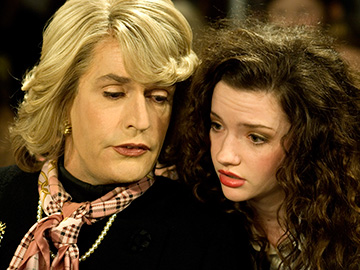