This film has been described as a lot of things: Superbad, the prequel; a mix of Southpark and Charlie Brown; “unusually enjoyable.” But you really only need to know this one thing about it: Summerhood is a MUST-SEE. 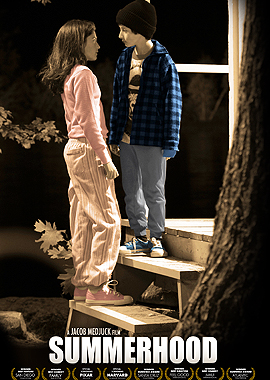 Most of us have camp memories burned into our minds–the crowded cabins (full of friends and frenemies alike), the oh-so-apetizing lunches served on long tables in the dining room, the food fights, the pranks, the weird nicknames, the older campers, the untouchable counselors, the organized “fun”…

Your experience may have included some of these things, but for 10-year-old Fetus, camp is all of those things–the good, the bad and the really ugly.

While struggling to maintain his place among his closest guy friends at camp–Reckless, Toast and Grandpa–Fetus (Lucian Maisel) is really looking forward to the arrival of his penpal/first love Sundae (Reva Timbers). But when the day arrives, so does his confusion about his feelings for her, as well as the impending rejection of his friends–they are bound to find out and torture him for his new “girlfriend.”

Can he survive it all? Friends? Girls? Counselors? Sleep-walking bed-wetters? 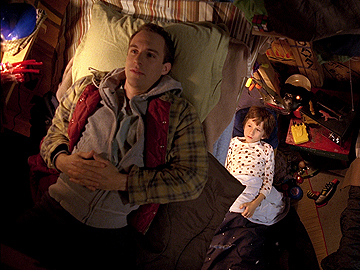 I met up with the film’s director/writer/lead actor, Jacob Medjuck–a former DreamWorks and Disney animator–to talk about his film: why HE made it and why YOU should go see it.

Jacob, who can probably be described as a Canadian Ben Stiller (in terms of his natural enthusiasm and quirky manner), says the transition from cartoons to a live set was smoother than you might think.

“Here’s where I fit,” he says. “I’m not the tallest, not the fastest [in my class], whatever. But I can transpose skill sets from one to another. And the laws of visual design are the same with performance and writing and so I was able to take all those silly animation gimicks and use them with real people.” 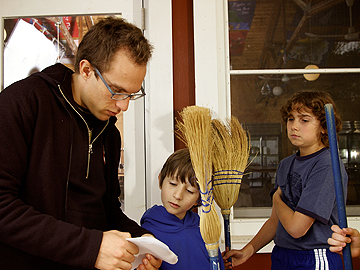 And “real” is exactly what he was going for; he wanted to make a film that spoke to the real experiences, problems, traumas, joys, etc. that young people face everyday. “The whole reason I made this film was to make their lives just a little bit better,” says Jacob.

But in order to get to the set, Jacob first had to cast the parts of the many kids that would bring his script to life. He auditioned thousands of kids to find just the right ones. The main thing he wanted from them? Authenticity. 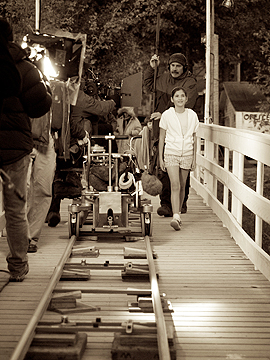 So, if you want to see a film that showcases REAL LIFE–in a laugh-out-loud, I-hope-that-never-happens-to-me [again?] way–then check out Summerhood.

PLUS: Summerhood  is sending a portion of the proceeds for ticket sales to different charities for the month of November!

And stay tuned to Faze for more with director Jacob Medjuck!