The corner of Queen and John Street in Toronto lit up from the biggest block party in Toronto. This year’s Much Music Video Awards one of the world’s biggest and most exciting street-level award shows. Global mega-star Ed Sheeran was in full command of the stage in his fourth annual MMVA appearance, his first as co-host, as he led a remarkable evening filled with some of the world’s biggest names in music and entertainment.

Faze caught up with a few of the presenters and performers backstage – here’s what they had to say.

You’ve really adopted this country and award show as your own – it’s your fourth year here and you co-hosted tonight – so what is it about Canada that makes you want to keep coming back?

Canada, in general, is one of the first places outside of the UK to accept me. I spent a very long time in America to get people to actually care. The very first time I came to Toronto, I remember walking out onstage and the reception I got … I’ve never been welcomed like that before. The next time I came back was the first time I did the MMVAs. Canada is a very, very special country to me. Pop music doesn’t really get big in Canada or England, it’s usually alternative stuff, but it’s nice to come to Canada and get to listen to stuff that we really like. 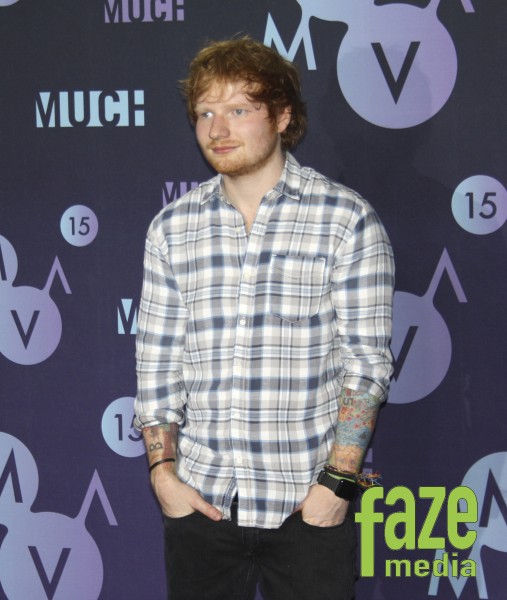 Why did you decide to become a solo artist?

I’ve been in bands for 15 years – first The Format and then Fun. After three years of being on tour, I got home and felt really happy about what had been accomplished, all the things that I never thought would be accomplished. I like to challenge myself so I thought the best thing for me to do was just to make a solo album. 15 years in bands is very daunting and I wanted some time alone.

I don’t play an instrument but I write the entire song in my head, so a lot of times I’ll be in the shower- this album was made in the shower. I guess I’ve been pretty successful because of the apps that I can sing into. I usually take a long time after the song is made. I usually would record an original version into my phone and then if it’s good enough, it’ll live with me for a week and then I would have no choice but to sit down and write it. 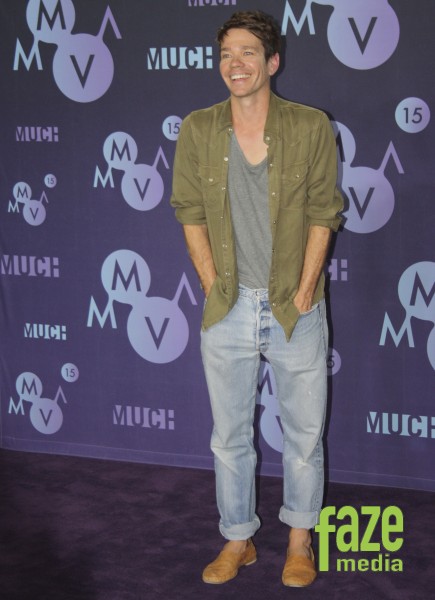 What can you tell us about your upcoming project with Kevin Smith?

I m a huge fan of Kevin smith, I grew up watching Mall Rats and Dogma – plus he’s a big comic book guy! So Teen Wolf fit in his genre so he asked me to be in his podcast which is HUGE for me. Ever since then we’ve kept in touch. And I’ve kept in touch with Jesse Muse, who is also a big fan of Teen Wolf, and I’m a huge fan of his. Then they offered me the role in the movie and I was so blown away and humbled. I immediately jumped on board with it and then the experience blew me away. It exceeded all of my expectations, Kevin Smith is a stand-up guy, he’s one of the best directors I have ever worked for, he knows exactly what he wants and I just can’t believe I’m in a Kevin Smith movie. He’s so professional, he works harder than anyone I have ever seen. Every single day in- between lunches, he’s editing the film himself. It really inspired me to be passionate and love what I do and be myself. 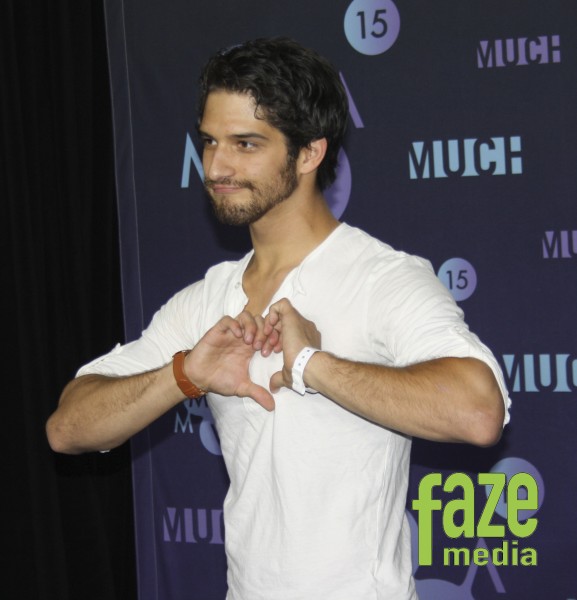 What can fans expect for 2015, do you have any specific goals for this year?

Definitely a lot of crazy things. With modelling, its different, because it’s not like a lot of industries out there where things are very quick. In modelling we have to wait like six months before we could even talk about anything. So there isn’t a lot of things I could talk about right now, but there’s definitely a lot going on this year. Goals wise, I try not to make a single goals because then I get tunnel vision which sometimes closes doors which would have otherwise been open if I had an open mind. So I try to have three goals: have fun, make a friend and be nice. I think those are the things that make relationships and open opportunities that otherwise wouldn’t have known about if I hadn’t made a friend that day.

What’s your advice to young people who want to make a difference in the world?

I think that obviously social media is such a huge part of the industry now. Anything that you want to voice your opinion on, making an account or a blog so that you can focus your opinion and be really effective. The goal is to make sure that you are really voicing your opinion. And if it’s really genuine then people will share it. 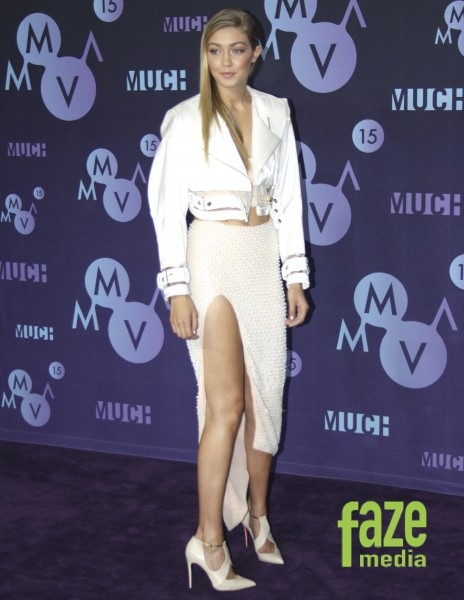 How important has social media world been to you?

It’s huge for me. I got my start on YouTube back in 2007 by doing cover songs and then it blew up. If it want for fans supporting me, I wouldn’t be here today so it’s huge for me. Covering songs of my favourite artists and seeing their reaction online is so gratifying.

You reached stardom pretty early and went to Hollywood but felt you weren’t being true to yourself. What was the biggest conflict between you and the music industry?

I think the biggest conflict was not having any artistic freedom. Pretty much everything was handed to me like “here’s your song, here’s your outfit and this is what you’re going to say on the red carpet” and I just felt like I had no creativity and couldn’t express myself in anyway. I left Los Angeles and Interscope records and came home. I built my resume with Canadian talent here, writing for them, and then I did my own thing, As an artists and now I have complete say in whatever is happening, whether it’s a video, photoshoot, the image I’m giving off, the lyrics and melody – it’s all me. At the end of the day it’s an amazing feeling to have that rather than someone handing you a song and saying go sing this. 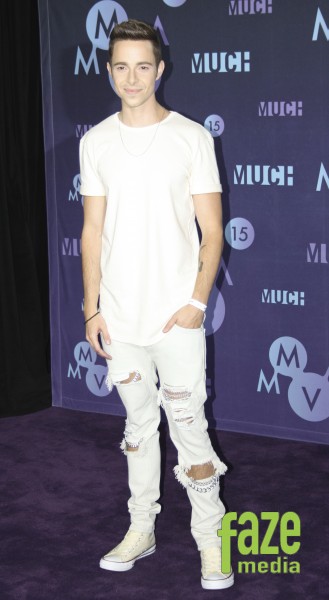 You got signed to Warner Music at 15, so at such a young age, did they try to remodel you in terms of our clothing and what you could sing or were you always your authentic self?

I was always me. One of the guys who worked at Warner told me to always be myself and that they want to take the aspects of me that are amazing and just accentuate them, grow them and make them better. I was never ever told to do anything. When I first signed for record deal I thought that I was going to be in a room with men in suits, smoking cigars, and telling me what to do but it wasn’t like that. A huge part of it is that my label just wanted me to write music, they saw me as a songwriter before anything and I still feel that way. When I’m in a session I just want to write the best song in the world. It’s not about how I can sing it but it’s about writing lyrics that I love and can appreciate. 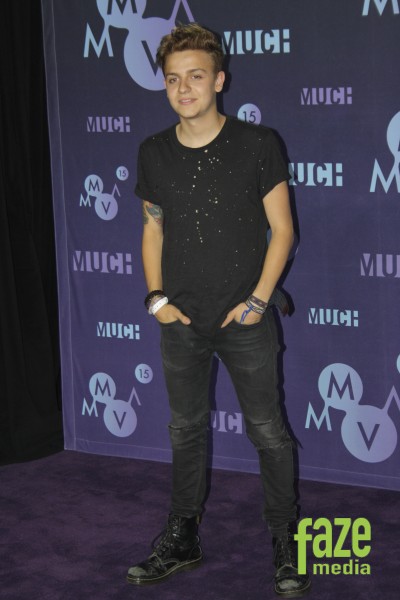 What was it like creating such an African sounding song with your single “Cheerleader”?

Your song was released in Jamaica first and then the remix came out in 2014, was it always the plan to release “Cheerleader” in Canada, the U.S and the rest of the world? 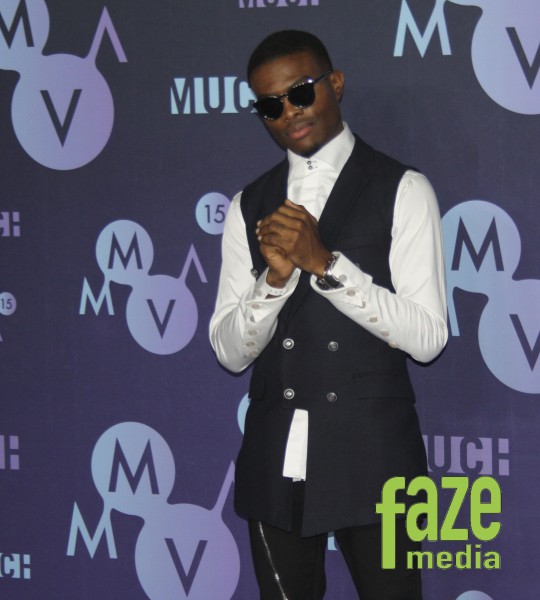 What was the last year been like for you?

Max Kerman: It’s been great! It’s been really nice and you just hope that it keeps on going in the right direction. You hope that people like your new music and that people keep coming to your shows. Our band is pretty hands on, I think most of the acts that end up doing pretty well are involved in every aspect of what it means to be a band–weather it’s making music videos, song writing creating a tour poster. We really like that–it’s a great job! 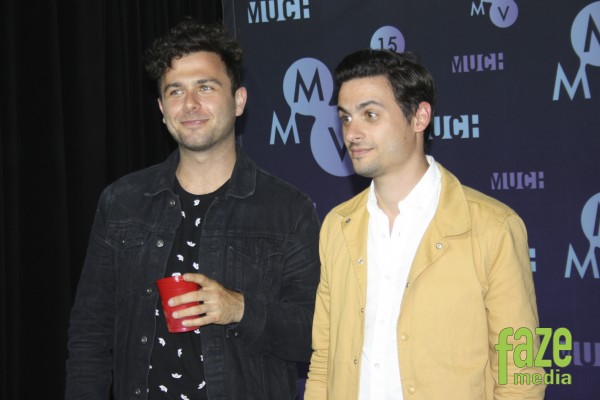 What does it take to keep moving, creating and keeping up with the drive and inspiration?

Hooks: I think that when you love what you do, you just do it. I think that’s the biggest driving force. Even if we didn’t do this as a career, I think we’d still do it all the time. 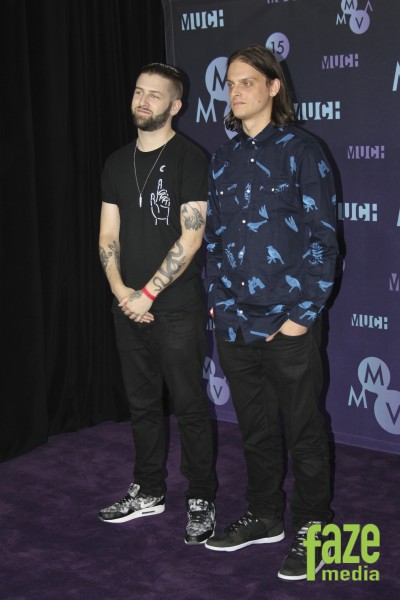 How much of the experience of being in the audience of an EDM festival, or at a club, influence your music?

Being at festivals is really cool because you can kind of soak up a lot of different acts. Like at Coachella I got to see a bunch of different acts this yea. It definitely influences my music and my vibe in general. 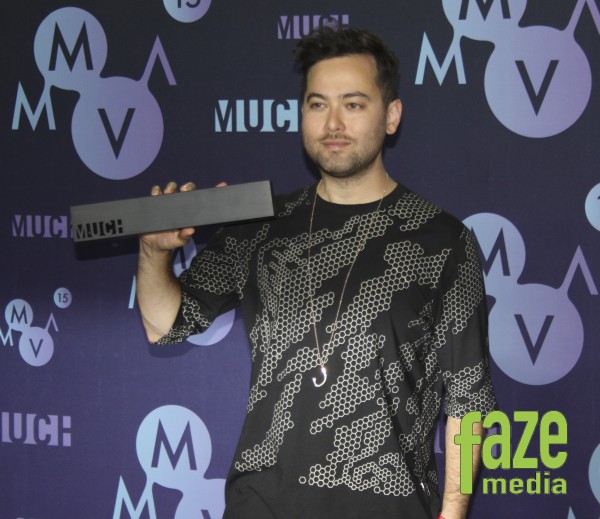 How does it feel to have your music compared to Taylor Swift’s?

Sydney Sierota: I think natural that if there is a girl voice and an acoustic guitar then people are going to naturally compare you to Taylor Swift because she is one of the most successful, female artists that did play with an acoustic guitar. It’s obviously a huge compliment because we love her old and new stuff so we take it as a great thing. It’s kind of same thing when people tell me that I look just like Anna Kendrick. I don’t see it, I think she’s beautiful, but it’s hard to compare yourself. 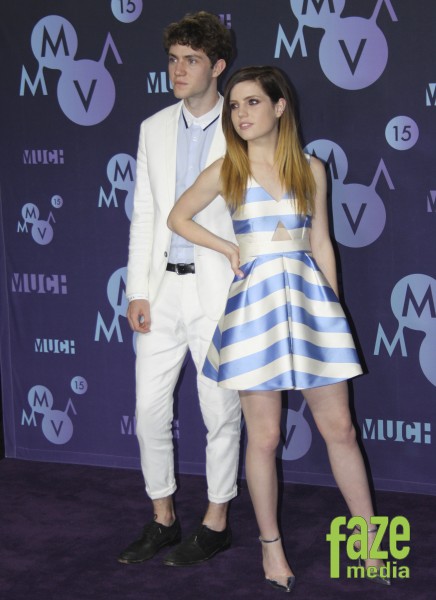 Here’s a short list of some of the winner’s from the night!

Video of The Year The Weeknd – “Often”

Most Buzzworthy Canadian The Weeknd

If you’d like to walk the red carpet again or relive the performances check out Much.