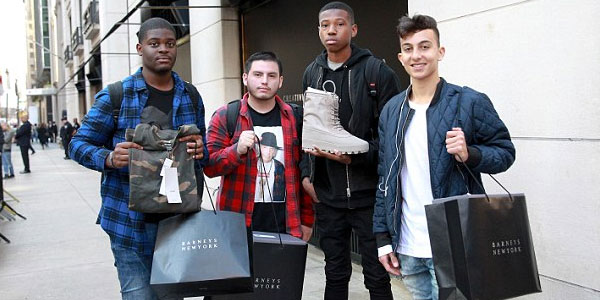 “The male urban apparel market in the U.S. is estimated to generate $5 billion in revenue annually, growing faster than any other apparel category except lingerie.”
Time Magazine

Whether it’s urban casual or femme fatale, celebrities are entering a new realm of the fashion world as they introduce personalized clothing lines to the public.

P.Diddy’s putting out Sean John, Wu-Tang wants you in Wu Wear, Jay Z’s sporting Roca Wear, Nelly’s hot line is Vokal, Jennifer Lopez is J.Lo and Eve is coming out with Fetish. The recipe for success? Mix one part celebrity with two parts hot trends, and you get a marketing explosion.

Unsurprisingly, most of the celebrities have little to do with the actual design or production of the clothing. “Celebrity designers” are simply there for their name; their marketing appeal, which will be used to push the line of apparel that will inevitably become a must-have for fashion divas—guys and girls alike—who are willing to plaster their names and logos across chests, arms, backs and down legs to prove they’ve got it goin’ on. 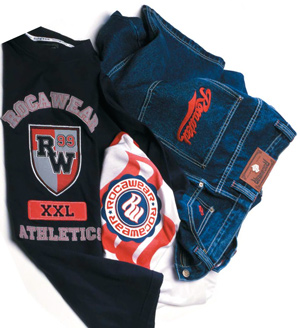 So, is this creative promotion or deceptive marketing?

There are the free-minded who believe, “If you didn’t do it, don’t put your name on it.”

When it comes to using celebrity names to create hype around a clothing line, Frances, an 18-year-old high school student from Toronto says, “I don’t agree with it because it’s false advertising.” Michelle, 17, agrees, “It takes away credit from the actual designers.”

You’ve got to figure, just because Chris Kirkpatrick from *NSync started FuMan Skeeto doesn’t mean he slaves away over sketches to get details just right. I guess our first clue should be the way the media talks about the line: the clothing is always “inspired” by…versus “designed.”

However, if having the latest low rise, faux-fur trimmed jeans floats your boat, then by all means go for it. But be sure to ask yourself why you’re bothering to spend a week’s salary on a fad that will be down the drain next month. 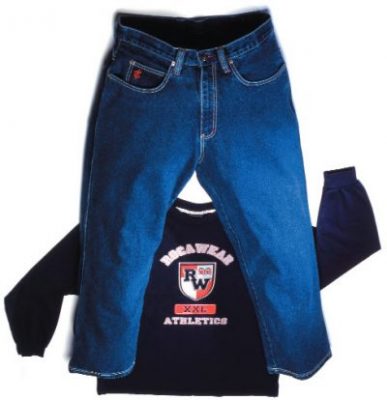 The majority of us are willing to splurge on something that we love: something that fits great and makes us feel good-which is what these lines are banking on. But we’re not all easily fooled, “If it’s good quality and looks nice, yeah I’d buy it, but some big name brands are crap,” warns 17-year-old shopping expert Jenna, who knows that just because something is more expensive doesn’t mean it’s better quality.

Companies are hoping to drive fans to the mall by luring them with the opportunity to look just like their idols in their latest videos—what guy wouldn’t want to be “Hot in Herre” while hangin’ in Nellyville? It’s a complete package that is being sold—CD, DVD, sneakers, tracksuit and most importantly…lifestyle. Owning that little terrycloth hoody makes you feel like you belong at the party.

Ian, 17, says, “Most of today’s celebrities are million dollar marketing machines due to endorsements, so having their own clothing lines would be the next step. By having a clothing line with their names on it, celebrities have become marketing enterprises, not simply musicians or actors.” Mike, 18, says, “They sing songs they haven’t written—of course they’d sell clothes they don’t design.”