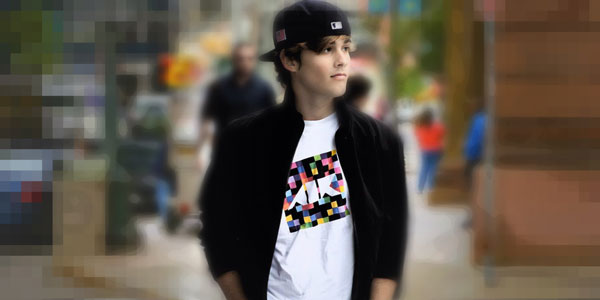 With over 750,000 views on one music video alone, don’t be surprised if you hear Marco’s drool-worthy voice on the radio very soon. Represented by Park Avenue Artists in New York City, this talented cutie is no stranger to the music industry (he’s performed for Flo Rida).

Faze jumped at the opportunity to ask Marco a few quick questions about how he made it as an artist and what’s coming up in his career.

How would you describe your music to someone who’s never seen you before?

My music is definitely pop, but I have a lot of different influences that contribute to my sound. I love R&B and Soul music whether it’s modern or from the Motown. Usher and Stevie Wonder are definitely two of my biggest inspirations musically. At the same time I’ve learned from people like John Mayer and Dave Matthews, which helps me create my own sound. I love listening to a lot of different kinds of music though whether it’s reggae, hip-hop, country or neo-soul. Lately I’ve been listening to Frank Ocean’s album, which I really like.

Is being a musician everything you hoped it would be? What is different than you thought?

It’s an amazing job to have and it’s definitely everything I hoped it would be. I live each day by my own rules and I’m able to be creative on a daily basis, which is something I truly appreciate about it. I get to meet and work with so many cool and interesting people, which is awesome. Singing is what I was born to do and I’m so lucky to be able to do it every day.

What would you say was your “biggest break” or “greatest opportunity” so far in your music career?

My biggest break was last year when I interned for Park Avenue Artists. For part of my internship they set me up with a producer to write and record a song. It turned out well and we kept working together and the next thing I knew, I was signing as their newest artist. The second song I ever wrote and recorded was “Heartbeat,” which ended up being my first single. We shot a music video for “Heartbeat,” and before I knew it the video had 640,000 hits on YouTube!

What do you think distinguishes a “singer” from an “artist”?

I’ve been singing all my life and it’s all I do. But becoming an artist is much more. As an artist, I get to sing, record, and perform music that is my own and represents who I am. What’s cool about “Heartbeat” is that its my song and I get to show everyone out there on YouTube who I am as a person–and I think that’s what being an artist is all about.

How do you balance music with other obligations, like family and friends?

Music pretty much dominates my life. In New York, I don’t have as many friends as I did in D.C., but I still get to chill with my friends back home and in New York and see my family too. Being around the music scene for almost a year now I’ve also gotten to meet some really cool (and really crazy) people. 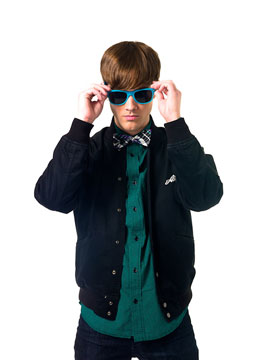