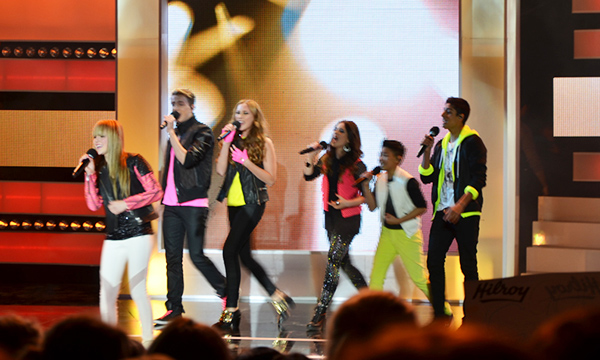 It was a chilly fall day, but everyone’s high spirits kept them warm as hundreds waited in line at Canada’s Wonderland, to see YTV’s The Next Star top 6 perform in the live finale.

We saw tons of talent in the original songs performed by Darren, Ryan, Grace, Amer, Issy and Brooklyn, as well as special guest performances by Shawn Desman, Neverest and–all the way from the UK–Cher Lloyd. Also, the judges (Keshia Chante, Ryan Spicoluk and Tara Oram) seemed super-excited to be out in the crowd and many of the performances even brought the ladies to tears. Ultimately, it was Brooklyn (Roebuck) who claimed the prize: a distribution deal with Sony Music, a $5,000 shopping spree at Sears, an Epiphone Masterbilt acoustic guitar and cool gear from Gibson.

The crowd that gathered to watch the live finale was energetic and didn’t let the cold–or the rain–put a damper on their support for all the performers.

Here are some highlights from the night:

Faze favourite Nate Hall comes on stage with Brooklyn for a surprise duet in her song (check out our interview with Nate below!). 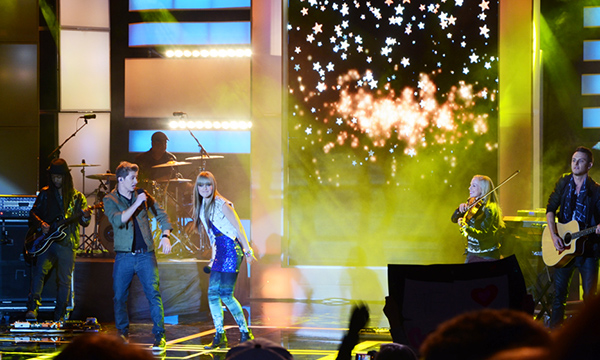 Aerial silk performers were on each side of the stage while Grace performed her single and wowed the crowd with their daring stunts. 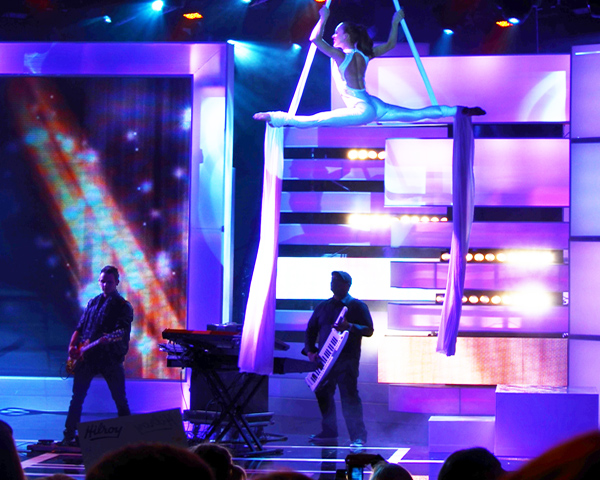 Former Faze cover band Neverest rocked the house with their first single “About Us.” Love these guys! 😉 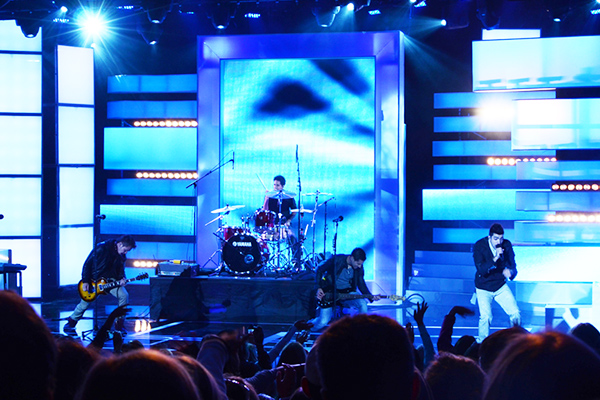 Super-cute Darren danced his way across the stage in what judge Keshia Chante referred to as a young Michael Jackson, from his Jackson 5 days. 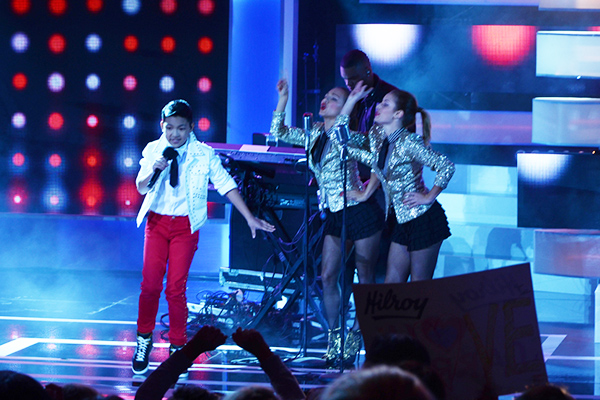 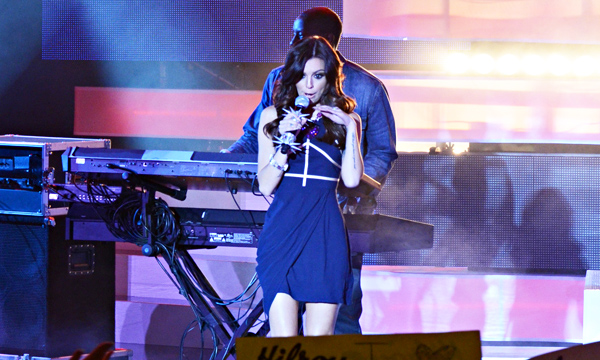 You could just feel the tension in the air as the final 6–and the crowd–nervously awaited the announcement of who would be crowned with the title of The Next Star. 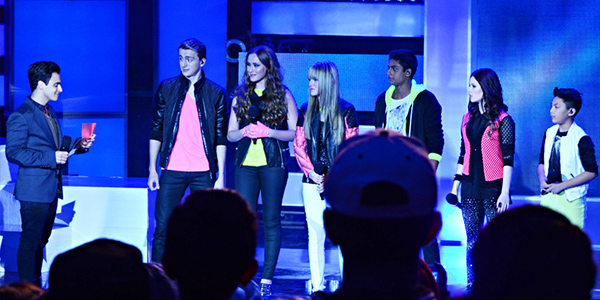 When Brooklyn’s name was announced, the reactions were priceless! 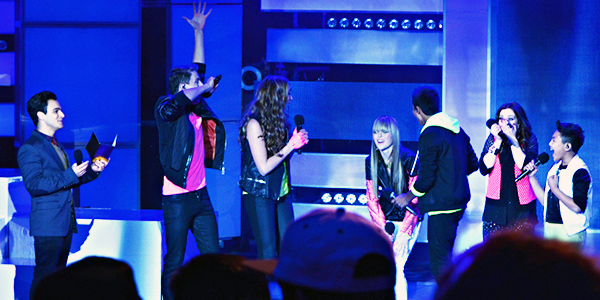 We caught up with Nate Hall before the show to get his take on what’s happening behind the scenes of the finale, his take on the show and what’s next for him.

This is your first time at The Next Star finale: what do you think so far?

I’m loving it. Everyone is amazing to work with. All the kids are incredible–they’re so talented.

If you had the opportunity to do something like this in your younger teens, would you have tried out for The Next Star?

I probably would’ve done it. I definitely would’ve wanted to. It seems like they’re having so much fun backstage. 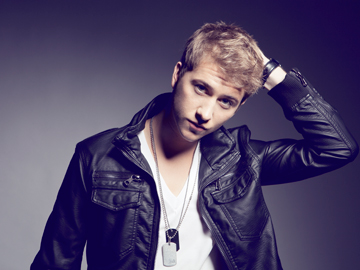 What do you think is the most important thing that the contestants take away from this experience?

It shows you what it’s going to take if you want to do it [as a career]. They work really hard; they’re rehearsing constantly. It gives them a real perspective of what it would be like.

Can we get an update on what’s going on with you and your music?