This Sunday, I will be running my very first 10km race.

When the idea was first proposed to me couple month ago, I immediately jumped on board. With spring approaching, I found myself looking for new fitness goals. And, let’s just be clear about something: I am NOT a runner. 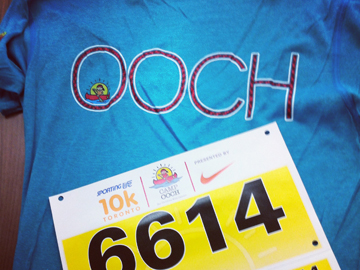 Most of my running activities have been relegated to the occasional jaunt on the treadmill while I catch up on missed episodes of The Vampire Diaries (because it’s research for work, okay?). I didn’t make a habit of running outside and I certainly had never run a distance of 10 kilometres in my life—let alone raced while doing it.

However, the idea was to create a team of media professionals who would take part in the Sporting Life 10k race and in support of Camp Ooch, a camp for kids with cancer (more about both below). Together we would raise money, train and bond—all levels of runners and non-runners (like me!) welcome.

It should be easy, right? I mean, though I have never claimed the label of “runner,” most of us have technically been engaging in running-type activities since early childhood. My thought was that it was just a matter of building stamina, then speed, over the course of the eight weeks leading up to the race.

But my immediate enthusiasm was somewhat dampened when I set off on my first few runs. It’s a lot harder than I thought it would be.

There are certain things I learned the hard way. So you don’t have to. Beginner tips for fellow beginner runners.

Here’s my “run-down” (get it?) of how NOT to prepare for your first race.

The right playlist is key. Anything slow or moody will have an unbelievably negative effect on your speed. It will slow you down, without you even realizing it. Or, sometimes you will. Rather than boosting your energy levels for the day, listening to the wrong songs can make you feel drained during and after the run. You might even cry the whole time (which makes for quite an outdoor spectacle on the streets of Toronto, trust me). 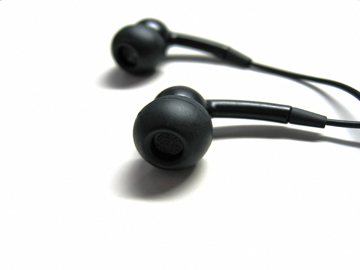 It also made me wonder…should we all be more conscious of when we listen to such energy-sucking songs?

If you don’t own a ton of upbeat music, try downloading an app, like Songza (free) or the new Google Play (small monthly fee), which lets you create playlists based on genre, artist or mood.

My pick for a music pick-me-up? “Who Says” by Selena Gomez. Don’t judge.

The key to this tip is with that last part. RIGHT AWAY.

During the past eight weeks, Nike was been pretty awesome about giving our team training tips and letting us try out different apparel, so we can find just the right fit for race day.

The most important of this gear, obviously, is the shoe. I had nestled quite comfortably into the Flynit Lunar2, which offers a good deal of support and cushioning, while still being ultra-lightweight. Then they brought out the Nike Free 4.0 Flynit. It’s part of their Free line, which focuses on giving you back the FREEdom of natural movement you would have without a shoe. The number suggests your level, with 5.0 starting with the most support, then working down to a 3.0.

The idea is that you  have you train your body to get comfortable running with less, gradually building up the muscles, so you don’t need the amount of support offered by a heavier, more restrictive shoe. Start with a short run in the 4.0’s, Dana, they said.

But they were SO pretty. I’m like one of those summer night bugs, attracted to the glowing lights, even though they aren’t really the true light at the end of the tunnel.

So, I laced them up and went for a 6k run. And I paid for it. The muscles in my back spasmed and tightened afterward, and I wasn’t able to get back out on the road for another few days.

I wasn’t ready for the big girl bike. I still needed training wheels (I’m laughing out loud as I write that). But, that’s okay. I’ll get there.

You know when your grandmother tells you to bundle up or you might “catch a cold”? She’s actually right. Sort of.

The cold doesn’t cause you to get sick. Germs do. However, the cold can be a contributing factor to whether or not you catch something.

According to dumbscientist.com (what a name, right?), “our bodies restrict blood flow to the extremities when we get cold to help conserve body heat for the torso and brain, which really need to be warm,” says the writer. “Cutting off the blood flow reduces the supply of white blood cells which are the immune system’s primary weapon against germs.”

In March, Toronto’s baby of a spring was plummeted back into the ice age after only a few days of life. I tried to bundle up—covering my neck and chest—but I clearly did a shoddy job of it. I was out for 40 minutes in -15 degree weather and came inside with a deep pain in my chest. It didn’t go away. For days. It stayed, rumbling in the depths of my lungs until it was a full out cold-flu-I-just-want-to-stay-in-bed thing. I couldn’t go out running again for two weeks, not to mention all of the other fun things I missed.

When researching (after the fact), I’ve found that people seem divided on whether or not running in the cold is a good thing. It CAN make you run faster (hello, we want to get back to the warmth!). It CAN help you burn more calories (your body has to work to both run and keep you warm)—if that’s what you’re after.

My advice? On those super-chilly days, when you’re a beginner runner not accustomed to crashing down the pavement in the harsh elements, run inside. Find a treadmill. Run on the spot.

You can say I’m not a true Canadian, that’s fine. I will accept the status and wave at your icicle figure from the warm indoors.

4. Don’t…Expect friends to come with you

This one sounds like a downer, eh? (And I just proved I am really Canadian right there…eh?)

However, my point is this: if you think training is going to be easier because you’ll get your friends on board and they’ll run with you, you’re wrong. Getting someone else up and motivated, for something as lack lustre as running in the (sometimes) cold weather, that’s tough work. Impossible, perhaps.

Plus, it is difficult to find someone who runs at your pace. They’re out there, but it will take some time to locate just the right fit (oh, the love metaphors).

In the mean time, lace up and hit the pavement solo. Whether you listen to music or just enjoy the peace of silence as you run, this can be your time to reflect and focus inward. Me time, if you will.

5. Don’t…Eat gas-producing fruits before heading out

I’m not sure this one needs a whole story to back it up, but here’s the short version.

I ate an apple one time, right before I headed out. I was hungry, but didn’t want to eat dinner, then wait to digest and THEN get out for my run. So I had a snack. I figured it was a healthy one.

What could be wrong with fruit, right?

Snacking before a run is fine to do. Just not this type of snack.

Here is a helpful chart of snacking do’s and don’ts which I, obviously, located after a particularly bad run of cramping and general awkward feelings.

For over 30 years, Camp Oochigeas (Ooch) has been giving children ages 2-18 with (and those affected by) cancer a chance to have a fun camp experience. They run programs in Muskoka, SickKids, three other cancer centres and a downtown Toronto location.

With the help of over 400 volunteers, and donations, these experiences come at no cost to the families. Ooch offers onsite chemotherapy, IV treatment and blood transfusions, as well as canoeing, archery, swimming and waterskiing. While going through some of the most difficult times in their life, these campers get the opportunity to just be kids. 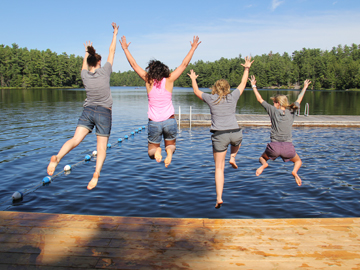 Since the event was embraced by Sporting Life in 2011, it has more than doubled in size. They cap the race at 27,000 runners in an effort to raise their goal of $2.2 million for Camp Ooch. It is the second largest run in Canada and the biggest in Toronto.

“Without the funds raised through the annual Sporting Life 10K, our mission to provide every kid diagnosed with cancer the friendship and fun of Camp Ooch just wouldn’t be possible,” says Alex Robertson Executive Director Camp Oochigeas. “Events like this alongside the generous support of donors and volunteers is the key to our success.”