Each year, hundreds of talented and enthusiastic artists, bands and supporters come to Toronto for  NXNE, a fantastic, music-filled week and the city is buzzing with a great vibe.

From interactive workshops, to panel discussions by industry professionals, to innovative films, to energetic concerts and shows, this year’s North by North East (NXNE) festival had a killer line-up. 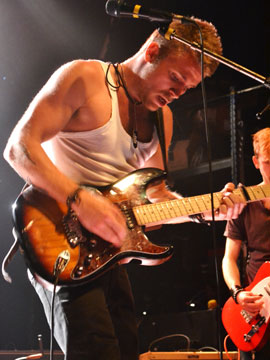 The main hub for the event was at The Hyatt hotel, where music lovers and artists could interact with each other as well as industry pros. Among the list of speakers were Toronto blogger Casie Stewart, Harley Morenstein & MusclesGlasses (the stars of YouTube’s EpicMealTime) and Damian Abraham (frontman of the band F*cked Up and host of The Wedge on MuchMusic), just to name a few.

As for shows and live music, there were so many amazing showcases that it was difficult to decide which ones to check out!

NXNE included tons of different venues throughout the city, including The Mod Club Theatre, The Drake Hotel and even massive celebrations at Yonge-Dundas Square. 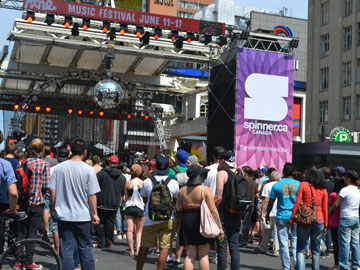 A couple of the notable acts on the Dundas Square stage were The Flaming Lips, Ghostface Killah and Raekwon. Some of the other highlights in the city were shows not only by Canadians, such as west coast band Sidney York and Toronto band Jane’s Party, but also international musicians, including Denmark’s A Friend in London and New York-based band Gus + Scout.

Overall, it was a fun event that had something for everyone. If you didn’t get a chance to check it out, make sure to mark it down in your calendar for next year!

Check out our one-on-one interviews with talents like Masia One, Hanna Herbertson and A Friend In London, as well as our photo gallery with highlights from the week! 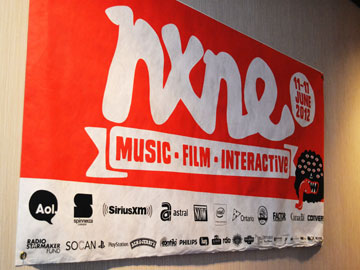