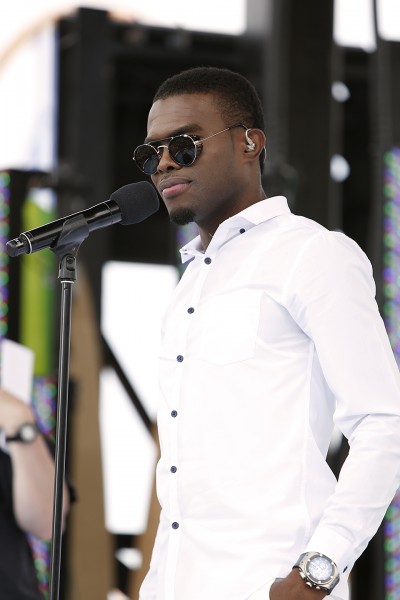 From your four-year-old baby brother to your grandmother, everyone’s booty starts shaking when Omi’s “Cheerleader” starts playing. Being widely circulated as 2015’s “Song of the Summer” and the song of the year in my opinion, Cheerleader has become an anthem with a great message. Despite the direct title of the song, what Omi is trying to say is that a “cheerleader” is anyone within your support system.

It wasn’t an easy road for Omi to grab his multiple platinum status. The song had originally been released, un-remixed, in 2008 after he had woke up from a dream with the melody of the song.

Cheerleader was created out of his love for music, which began in his place of birth in Jamaica, where he looked up to artists such as John Legend, Nat King Cole and Sam Cooke and their melodious tunes. After the song was remixed and re-released, it began to climb the charts across the world! His growing success and the world’s love for this song has earned him a number one spot in the ITunes store in 55 markets and attracted over 300 million plays on Spotify.

Faze caught up with Omi before his performance at the 2015 YTV Summer Beach Bash where he lit the stage on fire and got everyone dancing as he performed his number one hit, “Cheerleader”.

How excited are you to be performing at this year’s YTV Summer Beach Bash in Canada?

Omi: Very excited! It’s my second time performing here in Canada and it’s well received. People have crowned the song the song of the summer and I’m always happy to perform for my fans.

How do you prepare for performance before hand? Do you have some sort of pre-show ritual?

Omi: I always say a prayer before I do anything so before I create a song, or even step on a plane, I say a prayer. It’s just something I’ve always done ever since I was a kid.

When you released the remixed version of “Cheerleader”, did you think it would have this big of a reaction from around the world?

This is pretty epic. I don’t think this is something that anybody, no matter how much confidence you have in a record, would expect. The fact that we just did it organically and we just put it out there and allowed it to do what it does, just shows you how fluid music is. You can never tell where it’s going to reach.

What was the writing and producing process like when cheerleader was first being created? 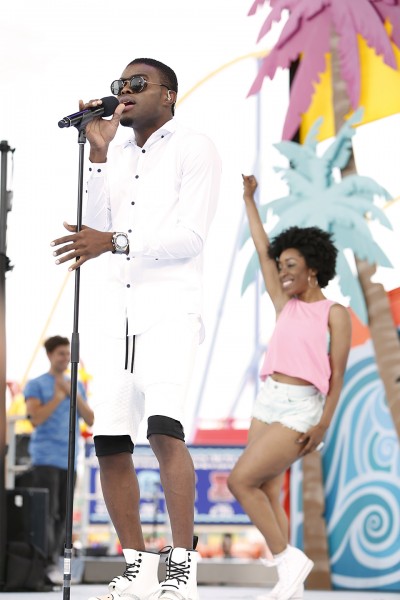 Long,  the song happened pretty naturally but I’m talking long in terms of its development. It was a song that wasn’t supposed to be a song and then it became a song after Clifton Dillon came on board and produced the track to it and released it in Jamaica. Then we had a remix done by a German DJ named Felix Jaehn so the process has been quite long but we’re here now.

What inspired this particular song? Who’s your cheerleader?

The song itself is pretty straightforward but I think that when people are singing the song now, it doesn’t necessarily mean they’re singing it to a spouse or to a significant other. It’s merely that person who’s your support system – anyone who’s there to give you that support you need. My mom is my cheerleader, she’s been there since day one, literally.

Tell us a little bit about both of the music videos.

I was very excited about the first one. It was directed by Tim Cash and it was my first time in the US – it was very beautiful. The set was very beautiful and the whole vibe was great.  The second video was done in Miami, which I think reflects the song a little bit better because it’s got a strong summer vibe and a more upbeat tempo. Everything was so natural on set, with the cast and the production. Everybody who was there was very involved. They were loving the track and loving the moment.

What can fans expect from your future album?

Diversity. I think with any breakout single, when you have people curious about what the artist is like, they want to find out about the intricacy of the artist. That is what an album is for, you get to know the artist on a deeper level. I think that’s pretty much what we want to do with this album. Coming out this fall by the way!

What advice would you give to aspiring singer/songwriters?

Check out Omi’s music video for his hit song “Cheerleader”, below:

If you missed the YTV Summer Beach Bash, or want to see it again and possibly see yourself on TV, it’ll be airing on YTV on August 16, 8:30 EST.