With more than 850 artists showcasing in 50 different venues, Toronto was transformed in a music lover’s paradise during this past Canadian Music Week celebration. The city was buzzing with artists, industry folks and music enthusiasts of all kinds from around the globe. 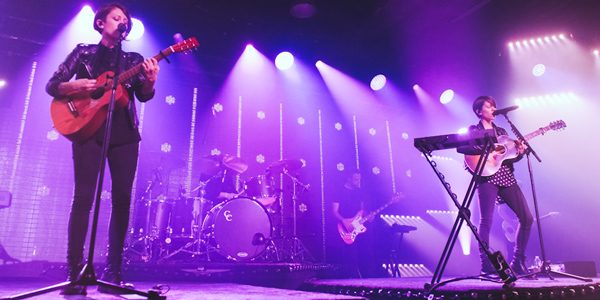 Canadian Music Week ran from May 6-10. It was jam-packed with concerts, award shows and industry panels. The official CMW headquarters was at the Marriott Hotel in downtown Toronto, where events were ongoing throughout the week. CMW brings out a variety of artists to showcase, in all genres. From indie rock and hip-hop to country and electronic dance music, there’s something for everyone.

There were some highly-anticipated award shows, including the Canadian Radio Music Awards and the SiriusXM Indie Awards. A few of the winners at the CRMAs included Walk Off The Earth, Serena Ryder and Brett Kissel. Meanwhile, Arcade Fire and City and Colour were a couple of the big winners at The Indies. 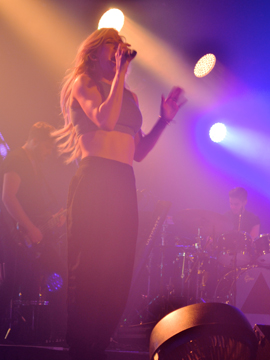 Many Canadian artists have been widely successful internationally, including City and Colour, Walk Off The Earth and Tegan and Sara, who all made appearances during the festival. CMW also celebrates up-and-coming talent from across the country, including The Airplane Boys, HIGHS, Crystalyne and Wildlife, to name a few.

Canadian Music Week welcomed a number of international acts as well to showcase throughout the week. Artists such as Broods (New Zealand), Little Dragon (Sweden) and Ellie Goulding (UK) all brought talent from overseas.

Check out our interviews with HIGHS, Walk Off The Earth, Broods, 1st Class, Cris Cab, Virginia To Vegas and Odesza.

Plus, we’ve got a gallery with photos from CHUM FM’s FanFest, the SiriusXM Indies and more!