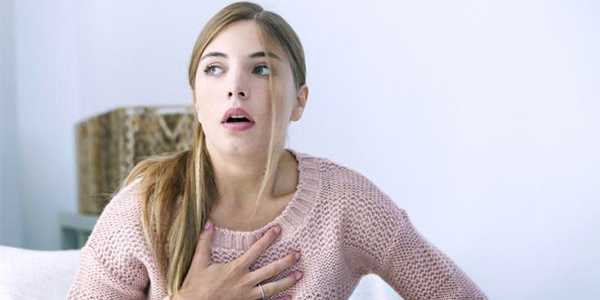 An asthma attack begins when an external or internal stimulus (such as cigarette smoke, cold air, or a respiratory infection) triggers a spasm in the smooth muscle layer of the airways in the lungs. The spasm causes the airways to constrict and leads to inflammation in the mucosa – the mucus-producing tissue that lines the airways. The mucosa swells and begins to secrete mucus, leading to further narrowing of the airways and greater obstruction of airflow. Coughing, wheezing, and gasping for breath are your body’s way of trying to clear your airways and bring more air into your lungs. 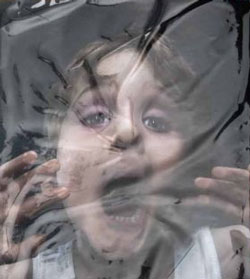 Allergies are to blame in about 50% to 70% of adults with asthma. In so-called, “allergic asthma,” when an allergy-producing substance (allergen) enters the lungs, it attaches to an antibody on specialized cells (called mast cells) in the airways. This, in turn, sets off a series of biochemical events that lead to airway constriction. As a result, allergy
testing is often an important part of a diagnostic work-up for asthma. Stress also appears to contribute to airway reactivity and may worsen an asthma attack. 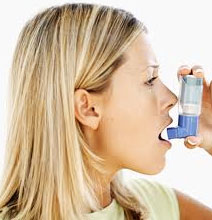 Exercise can bring on wheezing, coughing, and shortness of breath among people who don’t otherwise have asthma. In fact, about 10% to 15% of the general population has asthma symptoms during exercise. And up to 90% of people diagnosed with asthma experience attacks during intense physical activity. The problem is especially common in the fall and winter months, when cold, dry air triggers airway constriction. If possible, try exercising indoors during the colder months of the year. Warm, humid air – and inhaling steam — can help prevent airway reactions.