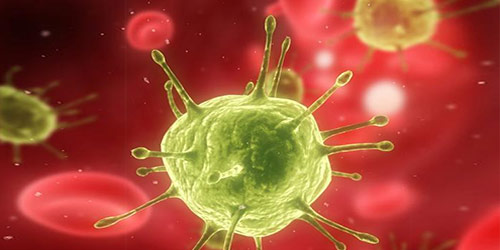 What causes genital herpes and what are the symptoms?

Most cases of genital herpes are caused by genital infection with HSV 2 a virus that almost exclusively infects the genital region. HSV2 is the virus most associated with recurrent genital outbreaks making it by far the issue facing most patients today.

Genital herpes, whether a primary infection, or a recurrence, can exhibit a variety of clinical symptoms. These range from the “classical” symptoms of genital ulcers or blisters (referred to as “lesions”) on, or around, the genitals, to “atypical” symptoms such as diffuse sores, reddening and irritation on the genitals, groin or buttocks, pain on passing urine (dysuria), and a discharge from the vagina. Infection may also be accompanied by a variety of systemic symptoms such as flu-like symptoms (fever, headache, and muscle pain) and tender, or swollen lymph glands, particularly in the groin. These symptoms are more common with a primary infection than with a recurrence.

Often, especially in recurrent cases, symptoms may be so mild as to pass unnoticed or may be absent completely. When a person has an outbreak with no symptoms, this is described as an asymptomatic recurrence. Generally accepted figures for the occurrence of typical, atypical and no symptoms are 20%, 60% and 20% respectively. In other words, symptoms which are not “typical” of genital herpes (atypical and no symptoms) are, in fact, the norm for a genital herpes outbreak. Because of this, the majority (>85%) of people infected with genital herpes are completely unaware that they are infected. This has important consequences for transmission of the disease.

During an outbreak, live virus may be produced (“shed”) on the skin of the infected person. This can then be passed to a sex partner and might infect them. Since the symptoms of a genital herpes outbreak can be absent, or so mild so as to pass unnoticed, the virus can be transmitted without either partner knowing they are infected.

Shedding of the virus without there being any noticeable symptoms (“asymptomatic shedding”) occurs frequently in infected people and is considered to be one of the main routes of transmission.

How can I get diagnosed?

There are two relevant tests for genital herpes, viral culture and type specific blood tests .For patients who have sores or other outward signs of infection — what the medical literature calls a “lesion” — the most commonly used method is viral culture. Viral culture looks for the presence of virus in the lesion. Blood tests (serologic tests) detect herpes by looking for antibodies in the blood or serum. Blood tests can be performed even when no symptoms are present but you should ensure they are type specific.

Viral Culture
Prior to type specific serology, Viral culture was the “gold standard” of laboratory testing for herpes and is still by far the most widely available. The technique is similar to that you may have seen in your high school biology class, when bacteria are grown (cultured) in a petri dish. To perform a viral culture, the doctor will use a sterile swab to retrieve a sample from a lesion. A good swab will generally cause some discomfort when a sore or lesion is sampled. The sample is sent to a laboratory where it is grown for several days in a culture of healthy primate cells. If the sample contains herpes, the virus will infect the cells of the culture, causing cellular changes that can be seen with a microscope.

However, a poor sample may cause accuracy to drop. Even if herpes lesions are present, there may be very little active virus left in the lesions. In this case, the culture will come back as a “false negative.” That is, the test says there’s no herpes even when the patient has genital herpes. It’s estimated that 20% of culture tests produce a “false negative” when a patient has a first episode of herpes. With recurrent episodes, when less virus is present, the rate of false negatives goes up to 50%. It takes anywhere from two to seven days to get viral culture results back from the laboratory, which may mean several visits to your doctor before a diagnosis is confirmed.

Type specific serology
The new type specific tests, which distinguish HSV 2 from HSV1, have been shown to contribute to patient management in almost 80% of all herpes cases, as they can be done when a person has no symptoms and the sensitivity and specificity is better than culture.

Most cases of genital herpes are caused by genital infection with HSV 2 a virus that almost exclusively infects the genital region. Although genital infection with HSV 1 is also reported, up to 70% of the general population is infected orally with HSV 1 and serological tests for HSV 1 cannot distinguish between oral and genital infection. Therefore unlike HSV 2 identifying genital HSV 1 serologically is difficult as in most cases a positive result may be due to simple oral infection. Indeed serological testing for HSV 1 has been shown to be unhelpful in diagnosing genital herpes (Munday et al 1998). Furthermore the many positive tests that would be generated as result of widespread application of HSV 1 serology to diagnose genital herpes could cause many patients undue concern.

In a situation where HSV 2 has been out-ruled as a cause of genital herpes and HSV 1 is still suspected as a cause, the only reliable method to confirm presence of the virus is a culture test which should be done when lesions are present. HSV 1 serology has some value in patient counselling as a negative result from such a test does indicate naivety to the virus and such patients may be advised that they are at risk of contracting genital HSV 1 from oral genital sex. (Lafferty et al 2000)

What If I Had Symptoms Before, But They’re Gone Now? Can I Still Get Tested For Herpes?

Lots of people need to be tested more than once. As we explained above, the most widely used test for herpes is the viral culture, and it often misses herpes even when it’s present. Often a patient who has received a negative culture result will be asked to come back again when a new genital lesion appears so that culture can be tried a second or third time.

In contrast to this approach, one of the new type-specific blood tests is more efficient, since it can find antibodies to herpes anytime after the first few weeks of infection. With these tests, you don’t need to wait until you have signs or symptoms before you go in for testing. You just need to be sure you have waited long enough after first becoming infected so that your body has developed antibodies.

Type-specific blood tests are ideal for those who have had a history of genital symptoms but have never had a successful confirmatory test.

What If I’ve Never Had Symptoms But Want To Know For Sure?

If you’ve never had symptoms before but want to be tested for herpes, a type-specific blood test is the only way to find out your status. Getting tested may make sense if you:

How do I introduce the subject with my Healthcare Provider?

Many people wonder whether they have acquired a sexually transmitted disease (STD) such as herpes from a sexual partner, but they are often reluctant to bring up the subject. This is perfectly understandable, and research shows that both patients and health care professionals have trouble being perfectly candid about sexual matters.

The good news is that the taboos around this subject are now crumbling, and the importance of an open dialog with your provider about sexual health is widely acknowledged as a critical piece of your overall health care. The challenge seems to largely one of getting over the initial embarrassment and getting started.

First of all, keep in mind that STDs are among the most widespread infectious diseases and they affect all kinds of people. You have every reason to ask your healthcare provider about STDs, and he or she has every reason to be concerned about this part of your health care.

If you have some reluctance about bringing up sexual issues, it may be helpful to write down your concerns or questions ahead of time. You might start the conversation by simply stating what brings the issue to mind. Some examples: “Another thing I wanted to talk to you about. I’ve noticed I’ve had some recurrent symptoms in the genital area. No problems right now. But I’ve been thinking about it and I’d say I can’t remember ever being tested for STDs. What would you recommend?” “I was reading an article the other day about how many people have an STD, and I’ve actually been wondering if I might have been exposed to one at some point. I wonder if you have particular tests you run for people who are concerned about this.” “I have another question: My last partner had genital herpes, and I don’t think I was infected but I’ve been wanting to know for sure. Can you test me for that?”

In any of these scenarios, it’s likely that your health care provider would follow your question by asking about you. These questions might include: Have you changed partners recently? Do you use condoms? What symptoms have you had? Testing would come later, but you would have started the necessary dialog.