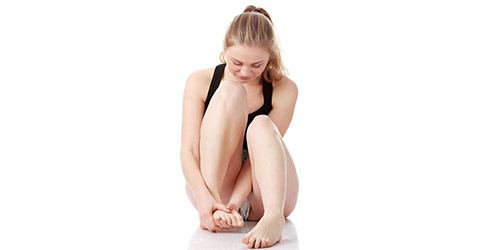 Warts (Verruca Vulgaris) is a benign skin tumor caused by a virus. The virus responsible for warts is called human papillomavirus (HPV). Warts may appear as skin-colored, flat or slightly raised lesions. These are not cancerous, but may be contagious. Warts may be found in any age group and are most common in a younger population.

There are several different types of warts and their names are primarily determined by their location on the body.

COMMON WARTS: These are the kind usually seen in young children and often occur on the hands or arms. The virus can gain entrance to the skin through an abrasion or cut.

PLANTAR WARTS: Frequently seen on the bottom of the feet and have a flattened appearance. Because of their location these warts are sometimes painful and become irritated with walking.

FLAT WARTS: Smaller in size and usually less rough than common warts. They can be very numerous and are often found in the facial region. Areas which are shaved are more susceptible to this type of wart.

RECTAL WART: May have a wet, cauliflower appearance and can be transmitted through sexual contact.

GENITAL WARTS: Similar in appearance to rectal warts and often spread through sexual contact. Men who have penile warts should use a condom during intercourse until the warts have been successfully treated. Genital warts in women can cause precancerous lesions of the cervix. See Pap smear.

There are different types of treatments for warts depending in their location, the age of the individual and how long the warts have been present. Treatments can be time-consuming and expensive and some warts are very difficult to eradicate.

Local application of canthardin causes a blister to form under the wart and then it can be removed. Application of salicylic acid gel or solution is frequently used for common warts in children.

In adults freezing or cryotherapy is often effective. It is not very painful. Electrocautery (burning) and laser surgery can also be used , but often require a small amount of a local anesthetic. Laser is usually reserved for warts which have not responded to other types of treatment.

In foot warts salicylic acid plasters can be applied. The feet should be kept as dry as possible. A warm, moist environment is conducive to the spread of the wart virus.

An anti-cancer drug known as bleomycin is sometimes injected into the wart and has shown some effectiveness.

Lastly certain types of immunotherapy have shown promise in treating warts. Interferon can also be used to cause an immune reaction and rejection of the wart virus.

Why Are Warts Hard to Cure?

CoolMD has received numerous inquiries regarding the cause and treatment of warts. Warts, whether they are on the hands, feet, body or face are caused by viruses. All of the common methods of wart treatment involve irritating the warts. As the warts are irritated, hopefully there will be an immune reaction of the body. This will involve the body mounting an immune reaction to the wart virus. Once the body forms a reaction and antibodies to the wart virus, the wart will clear. Also, this is the explanation as to why sometimes treating the largest warts will allow the smaller warts to go away, when they are not even treated.

This is the reason why some people have more difficulty in clearing their warts than others do. Some people begin an immune reaction early and easily and may be cleared in one or two treatments. Others do not react to the treatment immediately and they need many treatments before clearing occurs. Indeed, some people who are on medications to suppress their immune system, such as after a kidney transplant, may have the greatest difficulty clearing warts.

If you have only one to two warts, sometimes these will be cut out or burned out. However, if any of the wart virus remains, the wart will return and scar will remain.This is why warts are rarely burned out since it can leave scars and does not develop immunity. Certainly, if a person has many warts, it is not practical to burn out all their warts.

Several choices for wart treatment exist depending on many factors. Often liquid nitrogen spray or one of several different surface acids is chosen which causes redness and irritation. After there is a reaction started, the person may be able to clear the warts with home treatment. If Duofilm is chosen, the best treatment is to apply the liquid, one drop daily to each wart in the evening and cover with a Band-Aid. If Trans-Ver-Sal is chosen, it should be applied each night for two to three nights, then stopped for seven to ten days to allow dead skin to peel off. This can be repeated until the wart is gone.

To successfully clear warts, one must be stubborn, think positive and irritate the warts until the body’s immune system can mount a successful attack.


2 thoughts on “The Quick Look At Warts”