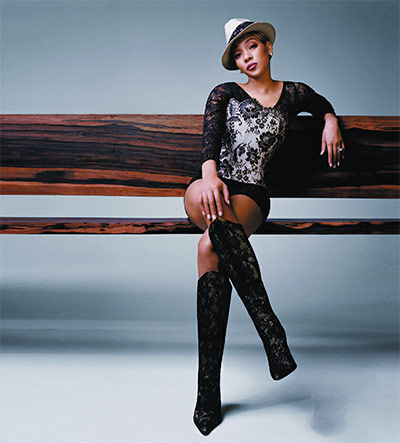 For R&B star Monica, music isn’t just something to play in the car. “Music is therapeutic, not only for the listener but the person who makes it,” says the soulful singer who has released a bold new album, “All Eyez on Me.” Life has hit Monica with some heavy blows since “That Boy is Mine” was released in 1999. But the 21- year-old R&B sensation has turned to song writing as a tool for healing heartbreak. “Sometimes when something bad happens to you, it just doesn’t feel natural,” she says. “Music can help make that feeling go away.”

Growing up in the fast-paced whirl of the music business can be tough, but Monica has stayed on track since her debut at age 14 with the hit album, “Miss Thang.” She credits her family with helping her keep it real through two double platinum albums and three consecutive #1 singles on the pop charts. Monica’s mother raised her children in the Methodist church, and Monica first unleashed her awesome voice singing in a gospel choir at the age of two.

But mother and daughter have sung together only once. Two years ago both attended the funeral for Monica’s ex-boyfriend and best friend, Jarvis Knots. It was there in grief, that Monica’s mother joined her soul star daughter in song. “It wasn’t planned, she just got up to help me through it,” says Monica. “My mom is my back-bone. If she senses I need her to be there, she’ll be there.”

Losing her friend to suicide was a tragedy that forced Monica to question who she was and what she needed. “Jarvis needed me to support him, but after his death, I’m not ashamed to admit that I needed support for me,” says the singer. Monica credits her strong faith and family with helping her through the crisis, but ultimately found solace in the healing power of music.

Monica began writing music with “I Wrote This Song” which is dedicated to Jarvis. “Making music is very healing for me,” she says. “Problems don’t go away, you just find a way to express them. Sometimes when life gives us problems, we try to live around them by going out with friends or shopping. I was raised to face problems head on.”

Monica wrote several more songs on her new album, but says the creative spark never appears the same way twice. “I like song writing, it allows me to start from scratch,” says Monica. “I used to start with singing the song, now I feel like the process starts with writing it.” Listening to Monica talk about her life and her songs, it is clear that her deepest music comes from within.“Self-respect is the key,” says the singer. “You can look to other people for guidance, but the best place to start is within yourself. Knowledge is something you can never have enough of. Talent isn’t everything. Knowledge gives you leverage. Know what you’re talking about, and people learn to expect the unexpected.” 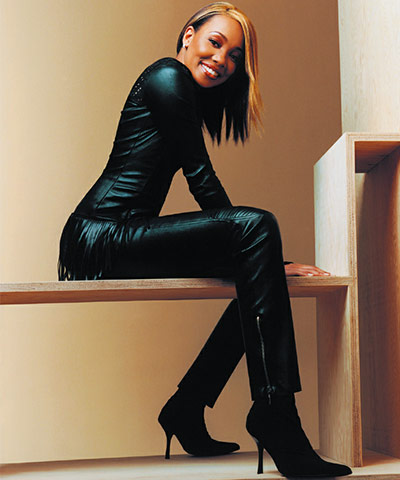