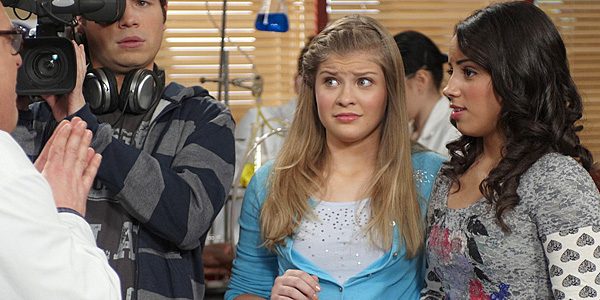 The network recently picked up Really Me, a new comedy series set to air this spring. The show follows the life of 15-year-old Maddy (Sydney Imbeau, Supernatural) who wins the ultimate contest when she and her best friend Julia (Kiana Madeira, Harriet the Spy: Blog Wars) land their own reality TV show.

At first, having their own reality show seems like a dream come true. But the girls quickly discover that being a TV star isn’t always easy or glamorous.

Maddy is constantly overshadowed by her popular older brother, Brody (Wesley Morgan, Degrassi), her inventive little brother, Clarke (Azer Greco, The Town Christmas Forgot), and her former professional hockey star father, Ray (Neil Crone, Little Mosque on the Prairie). Throughout the series, her camera-hungry family make it difficult for her to get screen time of her own. To make matters worse, all the humiliating things Maddy and Julia do are broadcasted on television for everyone to see.

But through all the misfortunes and embarrassing moments, Maddy and Julia show the true meaning of friendships by staying true to themselves and to each other.

Faze caught up with the two stars, Sydney Imbeau and Kiana Madeira, to talk about the series and their experiences on set. 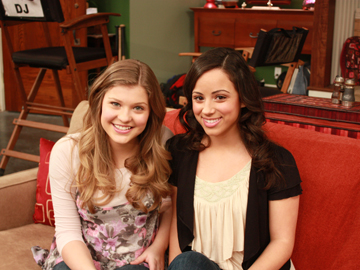 FAZE: How similar are you in real life to the characters you play in the show?
SYDNEY: I think Maddy and I are really similar. She’s your average girl, she’s down-to-earth and she’s got her best friend who’s always with her. She makes mistakes, obviously, and she embarrasses herself, but all in all she just has a great time. I think that’s really similar to who I am.
KIANA: Julia and I are also really similar, now that I really think about it. She’s kind of the goofy one and in my group of friends outside of set, I’m the one who’s always making jokes and laughing.

FAZE: Would you say that the similarities make it easier to play your characters?
SYDNEY: Definitely. You come on set and you don’t really have to act because you are your character. It’s like the parts were just written for us.
KIANA: It doesn’t feel like work. The only difference is we have to be a lot bigger than we would be in real life but that’s so much fun because on film, the bigger the better. In real life, if you’re that big, people might get annoyed.

FAZE: In the show, Maddy is always overshadowed by her family. What advice would you give to somebody who’s experiencing the same thing?
SYDNEY: Just be yourself. Even if you feel like there are people who are doing something better than you are, it’s not always going to stay that way. Just being yourself can amount to so much more, and your friends are going to love you. Don’t change yourself to get attention.
KIANA: Even though it may seem like people are moving onto bigger and better things, you have to be patient. As long as you stay true to yourself, your moment to shine will always come. Don’t change who you are to try to become something else.

FAZE: If you could choose, what would you say would be one of the best episodes or scenes you filmed?
KIANA: Well, we got to dress up as a hot dog and hamburger. That was definitely one of the best ones.

FAZE: What can we expect to see in the series?
SYDNEY: A lot of craziness. There are so many costumes, funny jokes, falling and just lots of fun.
KIANA: You can expect a lot of physical comedy, which I think is great because a lot of shows are lacking that. It’s also a great show for all ages. My mom reads the scripts and laughs. I think people of all ages will really like it.

Catch REALLY ME on the Family Channel.