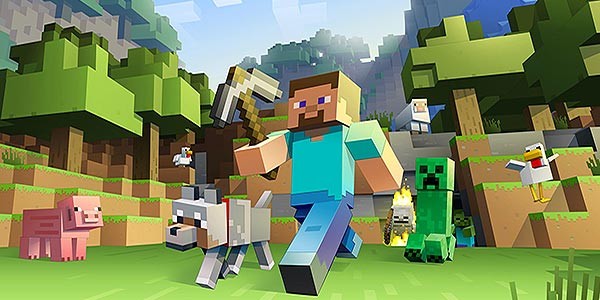 When people think of sandbox games they think of free-roam RPGs and open world shooters and building simulators. Minecraft managed to define itself among these as one where the ground beneath your very feet can become raw materials that you stockpile for your own purpose.

People who play Minecraft are prone to O.C.D. because every detail is accessible and every material can exist. Thanks to a simplistic programming based on cubes and not much else, Minecraft has easily become one of the most modified games to modern date by the online community of skin makers and texture designers. The game is astonishingly addictive due to the simplicity and style of the game play. 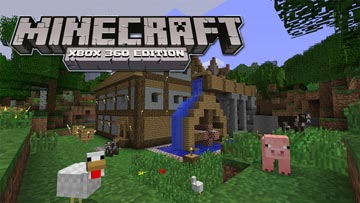 The rules of the game are: collect resources, build what you wish, kill monsters, (though you do not actually have to kill them). Unlike most games Minecraft does not boast an in-depth story with cunning plot twists and menacing monsters. Instead the story is how you hunt, how you harvest crops, how you build, (and especially) how you mine.

With three accessible dimensions to explore, no mortal man can render an entire world without dying from the miniscule radiation from the gaming platform (which is less than what a banana emits).

A couple of years after its PC debut, Swedish game developer Mojang managed to deploy Minecraft for the Xbox360 platform. Though the potential of this endeavour is significantly less than that of the computer version (which is only limited by your computer’s ability to host players, render worlds and endure mass amount of exploding TNT), the Xbox version can host eight players at a time, compensating with an improved crafting menu and tutorial town which aids new players. 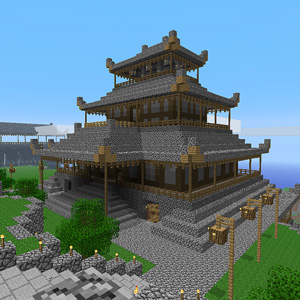 Regardless, Minecraft itself becomes indifferent when you start to play, where the possibilities are only limited by imagination, resourcefulness, and how willing you are to hollow out the planet to fuel your ambitions. With new updates however, Minecraft has a creative mode which allows you to extract items from a limitless inventory and modify your world significantly faster than in survival. The console allows a player to supply themselves with items and a new starter chest will grant you resources as you first begin.

F4dedMarksman
“For every creeper that you encounter, there are dozens of others in the darkness” – Every person who has tried to hunt creepers for gunpowder

UneasierMars
“A weapon is only limited by the skill of the user.” – (Every tool you can make can be used as a weapon, from a pickaxe to a shovel, but what works best is a sword!) (Do not underestimate the bow!) 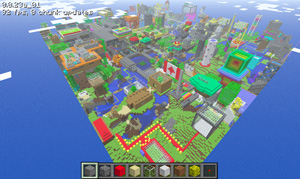 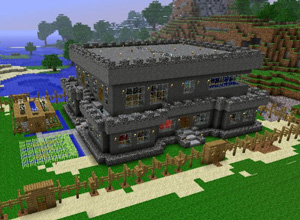