Michael Cera is back on the big screen for a hilariously good time about love and gaming in Scott Pilgrim vs The World . 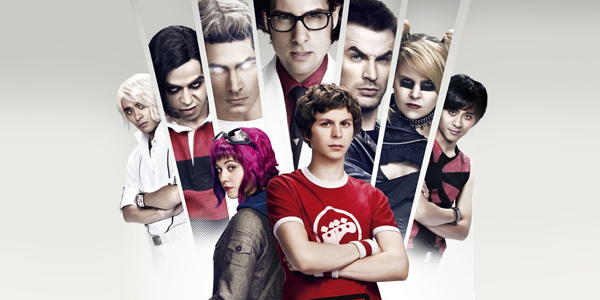 One more reason to add to the list of why we love Mr. Cera: not only is he Canadian, but we finally get to see him in something where he gets to be the ninja-fighting hero.

SCOTT PILGRIM VS THE WORLD is refreshing to begin with, just on the level of it being filmed in Toronto (and they don’t try to pretend its New York, or some obscure location in The States)–the characters actually acknowledge that they’re in Canada!

IN A NUT SHELL: Michael Cera plays Scott Pilgrim, a 23-year-old bass drummer in a mediocre band The Sex Bob-ombs is still getting over the one and only time someone actually broke HIS heart (rather than the other way around; PICTURE: Michael Cera, the lady killer). Suddenly, he sees Ramona Flowers (Mary Elizabeth Winstead) and falls head-over-heels for her. However, in order to date her, he has to defeat her 7 evil exes. 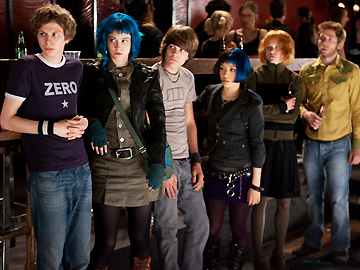 Based on the graphic novel series by Bryan Lee O’Malley, this film is full of action-packed moments, pulled right off of a gaming screen, with just the right smattering of hilariousness…ness (I’m thinkin’ old school Mario Brothers meets Super Bad).

EXTRAS: always-hilarious bloopers, documentaries on the making of the film, a step by step of the visual effects and stunts, music videos and more. 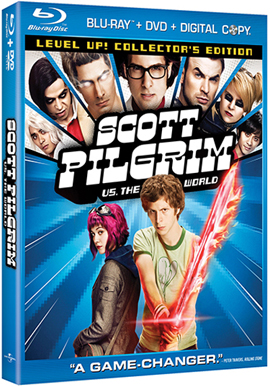 Here’s the trailer for Scott Pilgrim vs The World :