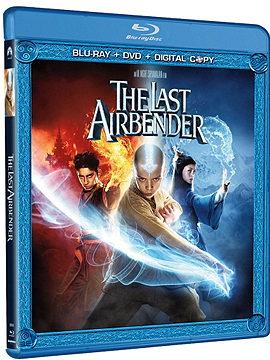 SYNOPSIS: The film adaptation of the first season of the animated series AVATAR: THE LAST AIRBENDER (hmm… smart name change) is about a world divided into four parts: earth, air, wind and fire. All of these separate nations have always had “benders” who can manipulate their specific element. But there has always been one who can master all four: the avatar.

The avatar is supposed to bring unity to the nations through communicating with the spirit world. But Aang (Noah Ringer) of the air nomads, the most recent Avatar, doesn’t want such a huge responsibility; so, before he can learn to master the other three elements, he runs away, gets lost and ends up frozen in time, caught in a hunk of ice.

Because everyone thinks he has disappeared for good, chaos reigns as the fire people begin to take power over the rest of the nations and oppress all benders, forbiding them from using their powers.

Katara (Nicola Peltz) and Sokka (Jackson Rathbone), of the water tribes, find Aang frozen in the sea, release him and vow to help Aang learn to bend all the elements and thus restore order to the world.

Needless to explain, the fire people don’t like such an idea (gets in the way of their world domination goal) and try to stop the trio. 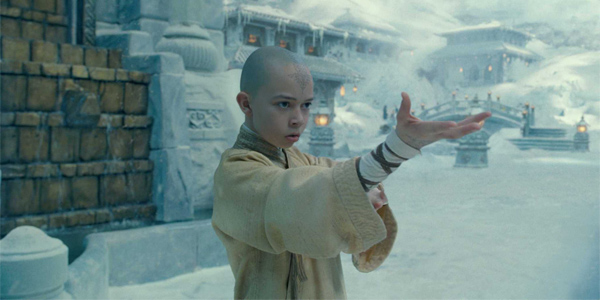 LET’S BE HONEST: I hate to give a negative review–with a budget of $150 million for the making and another $130 million for marketing, A LOT of people worked very hard at this whole project–but THE LAST AIRBENDER should be the last of its kind.

When I initially saw the trailer for this movie, I was super-excited. It looked amazing: full of cool martial arts moves, special effects, drama and suspense. Add to that the presence of director/producer M. Night Shyamalan (THE SIXTH SENSE, SIGNS) and a cast that included TWILIGHT’s Jackson Rathbone and SLUMDOG MILLIONAIRE’s Dev Patel and I thought it would equal an instant success. 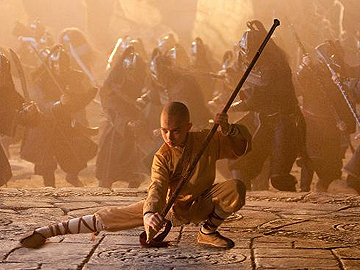 Perhaps it’s just that the anime scenes do not translate well onto the big screen of live drama/action, because the whole story idea is pretty cool. Perhaps it’s more than that.

I would assume this film might be of interest for someone who is already a fan of the animated series, but for someone who is new to the story and not likely to make allowances for melodramatic acting, stiff dialogue and a long, drawn out plot (based on the ending, I would say they plan on making at least three more!!!), this is may not be worth your time.

However, even fans were extremely upset by the casting, feeling like the film took an Asian-inspired story and painted it all-white-American. The web is littered with their outrage–and perhaps rightly so.

The visual effects for the air, earth, fire and water elements that the different characters control kept me entertained when they appeared, but the whole time I kept thinking: “You are the main character, Aang, the hero. I want to like you. I should like you–but I don’t.”

HARSHEST REVIEW: “Being a Shyamalan film, the entire cast (which also includes Slumdog Millionaire star Dev Patel as an exiled Fire Prince) recite their looney-tunes lines as if they have been drugged, then hypnotised, then drugged again.” — The Herald Sun (www.heraldsun.com.au)

The trailer for The Last Airbender is deceivingly good.