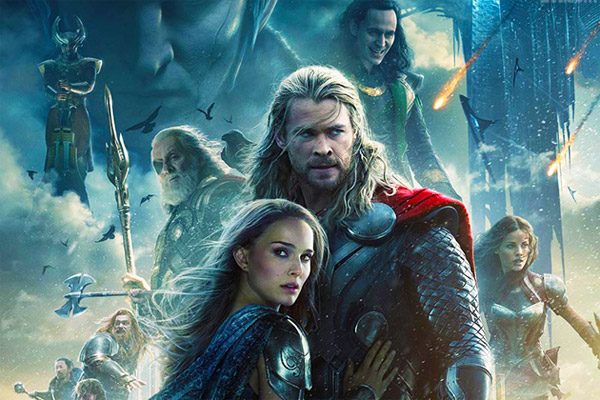 Thor (Chris Hemsworth), the Mighty Avenger, returns to the big screen with the sequel to the original Thor, which also follows after the events in The Avengers.

Loki (Tom Hiddleston) has been defeated and thrown in prison for his crimes against Earth. But a new enemy has risen in the universe. The ancient race of Dark Elves, once defeated by Odin’s father, has risen from a deep slumber, called out by the approaching convergence (when all Nine Realms align). The revenge-seeking leader Malekith (Christopher Eccelston) wants to lead his people into a plot that will plunge the universe into darkness, an event made possible by the convergence.

The key to their master plans, the Aether, has somehow found it’s way to our world, to Jane Foster (Natalie Portman).

Thor must return to Earth, save the woman he loves, destroy an enemy that predates his existence and bring order back to the Nine Realms. All in a day’s work for a king-in-training.

But, in order do so, he must betray those he loves and trust the one person not worthy of another chance: Loki. 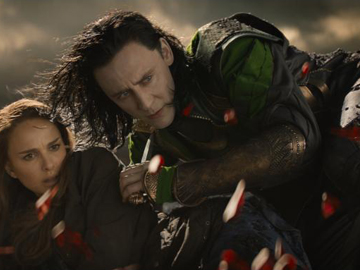 Action: It’s hammer time (with less dancing). Thor’s iconic weapon leads the way in delivering an action-packed film that will keep you gasping and trying to keep your 3D glasses on.

Romance: Very early on in the movie, Thor appears shirtless. Need I say more? Oh, that’s not romance? Right, right. Sorry. Jane and Thor reunite. It’s a thing of beauty. Jane’s utter demise is possible. So is Thor’s. That type of thing tends to make for epic kissing scenes.

Humour: Great one-liners, Thor rides the tube (subway) in London to return to a fight and Darcy Lewis (Kat Dennings) asks Thor, “So how’s space?”–among other hilarious outbursts (Joss Whedon, writer and director of The Avengers apparently was called in for some rewrites to the script–so his priceless sense of humour is enjoyed throughout). 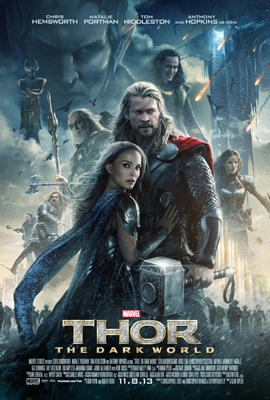