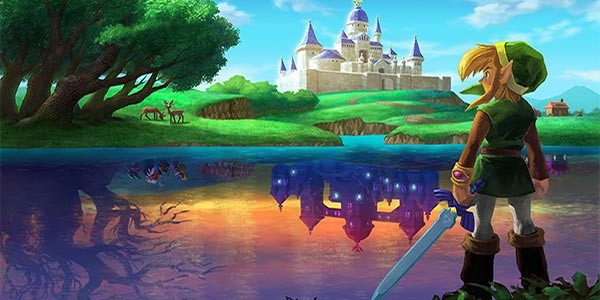 One of the most memorable and innovative additions to the Zelda franchise by far, Legend of Zelda: A Link Between Worlds is a must-have for both veterans and newcomers of this iconic series and newcomers. Immersing players in a multitude of innovative experiences, while still maintaining the spirit of the Zelda series, this game is a gem. A Link Between Worlds pays respect to its original Zelda fan base with the incorporation of references to Legend of Zelda: A Link to the Past throughout the various layers of the game. Yet it also challenges and aspires towards exploring undiscovered territory, with new innovative changes that, to an extent, revolutionize and revitalize the Zelda franchise, finally bringing this classic series into the 21st century.

With its new changes, A Link Between Worlds overcomes and addresses many of the notorious shortcomings from previous Zelda games that left gamers with a sense of disappointment. It is a prime example of how a series successfully integrates and develops new ideas to stay relevant, while still maintaining its roots. Overall, Legend of Zelda: A Link Between Worlds is the perfect balance of old and new that will continue to satisfy gamers for years to come. 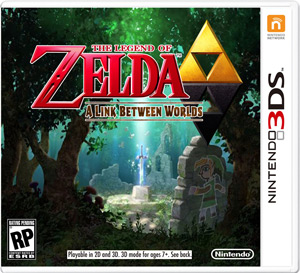 As a veteran Zelda gamer, the graphics in A Link Between Worlds are completely satisfying. Sticking with the Meta style usually seen from past Zelda games, players can draw on a sense of familiarity and comfort that helps create balance with all of the new changes incorporated into the game. That said, Nintendo took full advantage of the fact that A Link Between Worlds is the first original game (not a remake) in the Zelda series to run on the Nintendo 3DS, and brilliantly executes the use of the 3DS’ stereoscopic view feature to enhance puzzles and challenge players to adapt.

Ironically, with the debut of A Link Between Worlds on the 3DS, Nintendo did not neglect the 2D aspect within the game, allowing players to toggle between the 2D and 3D views to advance through the story. Whether this was a tribute to the 2D graphics from the first few Zelda games released in the 1980s is unknown, but definitely not unwelcome. I personally found the 2D aspect both endearing and challenging, as it added a layer of complexity in navigating dungeons. 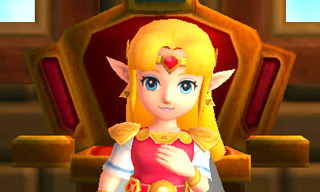 The storyline is by far my favorite aspect of the game. I loved how Nintendo incorporated elements of A Link to the Past into A Link Between Worlds. Originally, when I heard about the release, my numerous Zelda-loving friends and I were terrified that A Link Between Worlds was simply going to be another remake. We were hoping for a new adventure to dive into with our favorite characters, not one that we had already experienced with minor visual upgrades. Still, hoping for the best, I got the game.

A Link Between Worlds is by far one of the most innovative Zelda games ever published. Giving players almost complete freedom in directing their adventure, A Link Between Worlds introduces Ravio’s shop that allows players to rent their items from the get-go, allowing players to choose where to explore first. Of course, this comes with consequences. Players who rent items lose them upon death in a dungeon, further adding to the complexity of the game and stressing the importance of puzzle-solving skills. Furthermore, A Link Between Worlds incorporates new global sidequests that span the entire storyline. These optional quests require very thorough exploration of each ingame location, but unlock worthwhile rewards upon completion. Personally, I love sidequests, and wish that Nintendo would incorporate them more often into their RPGs. The completion of the main story is always fun, but optional sidequests allow me to continue enjoying the game and its world with more freedom and personal choice. I doubt that I am alone in this assessment. 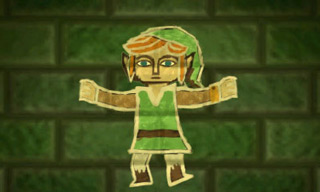 Overall, I would rate the difficulty of the game at 7/10. There’s a nice balance of action and puzzles that doesn’t leave you mentally exhausted but rather energized and refreshed. While playing, I never felt like Nintendo was babying me which was nice. The puzzles were challenging but not overly difficult, which is understandable as the game was intended for a wide range of players. However, there is an option for hardcore Zelda gamers where after you complete the game, you are given the option to replay it on “hero mode” which sets the game to a more difficult level. I would highly recommend this to anyone hoping for a more meaningful challenge. 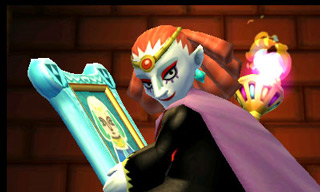 Overall, I thoroughly enjoyed A Link Between Worlds and highly recommend it.. If you own a 3DS, A Link Between Worlds is a must-have. Definitely worth the $40, and it’s almost impossible to find any shortcomings for this game. If you’re looking for a game that will sweep you off your feet, captivate you, and leave you feeling a strong sense of accomplishment, then this is the game for you. Perfect for any demographic and age group. This game gets a 9/10 from me, and I would argue that it is by far one of the best games released by Nintendo this year.