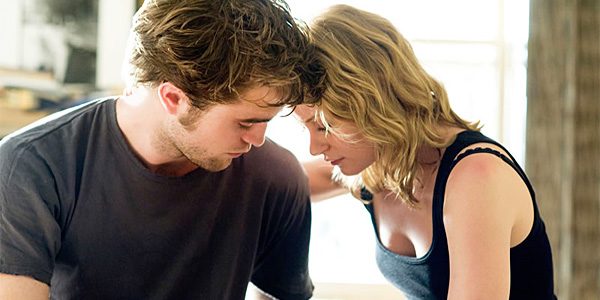 “Ghandi said that whatever you do in life will be insignificant, but it’s very important that you do it. I tend to agree with the first part.”
-Tyler, in Remember Me

Fans of Twilight’s Robert Pattinson are in for a mid-series treat as they wait for Eclipse—the vampire hunk can be seen in the upcoming flick Remember Me, starring alongside Lost’s Emilie de Ravin.

Full of romance and drama, the film has Tyler (Pattinson)—a rebellious young New Yorker dealing with his father’s estrangement and his brother’s suicide—running into Ally (de Ravin)—an eccentric student just trying to find her way—in a strange twist of fate, and it doesn’t take long before fate has them falling madly in love (I think most of us girls would agree, it would only take one look at Robert Pattinson to do the trick!). But before the young pair can reach their ever after, they must learn to fight for the love that pulls them together and understand the importance of the families that drive them apart. 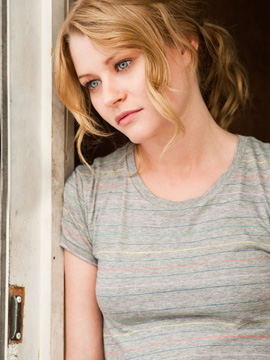 Emilie de Ravin chatted with Faze about her new film with Robert Pattinson. She looks at the love story in Remember Me in a very different way than a lot of other romance movies. The gem of the relationship between Ally and Tyler is that it’s real: it’s not about the “perfect kiss” or the perfect moment, but about “two people getting to know one another,” says Emilie.

Born in a suburb of Melbourne, Australia, Emilie studied ballet from a very young age, and says if she wasn’t an actress, she would love to be a dancer, and hopes to pursue dance in her acting career sometime in the future.  She also studied at Australia’s National Institute of Dramatic Art, as well as the Prime Time Actor’s Studio in L.A., honing her skills as an actress before getting cast in her first recurring role on the TV show BeastMaster. But she is probably best known for playing Claire in the hit show Lost, which is running its final season this year.

Being on-set with Rob for many weeks, Emilie says she definitely got to be good friends with him. Regardless of all the hype around the Twilight phenomenon, she says Rob is “very down-to-earth.” But getting down to the serious question: is Emilie on Team Jacob or Team Edward? She laughs and says, “I guess I have to say Edward, don’t I?”

Remember Me is a powerful story, so much more than the boy-meets-girl line we are used to in films. All of the characters—from the main players Tyler and Ally, to Tyler’s endearing little sister Caroline (Ruby Jerins), his stand-off-ish father Charles (Pierce Brosnan) and his crazy-but-happy-go-lucky roommate Aidan (Tate Ellington)—draw the audience into this world  and connect with them in a  very real and emotional way. 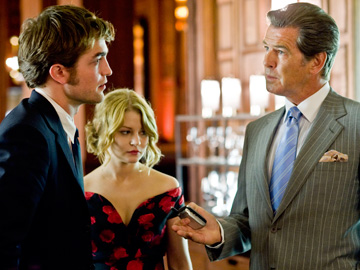 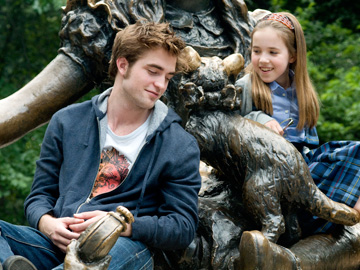 Watch the Remember Me trailer here: