It’s back to school and it’s time to talk peer pressure. Forgive me for sounding like a Public Service Announcement, trust me, I’m going somewhere with this! 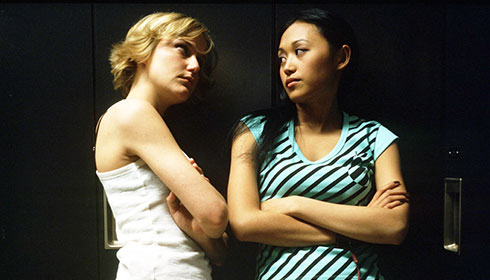 We know the basics…NEVER listen to your friends when they are encouraging self-destructive behaviour like smoking or drugs. But did you know that there is such a thing as GOOD peer pressure? We know the importance of being true to oneself and thinking independently but sometimes your friends can actually be an extra little conscience for you. Below are some scenarios in which taking your friends’ advice isn’t necessarily a bad thing.

#1: So all your friends have come together for an intervention. They’re telling you that you’re spending too much time with your new boyfriend and you’re basically being a JERK to them and to everyone else around you. LISTEN TO THEM! They’re not saying it because they love the sound of their own voices. If you’re friends have noticed you’re ignoring them, you should probably give them the benefit of doubt and kick your absent friendship behaviour to the curb or you may find yourself friendless real quick.

#2: There was a time when I was in school that I had neglected my homework so much, I was on the verge of failing. My friends started riding me about not procrastinating and getting my stuff done and I hated them for it. I told them to mind their own business and that I could take care of myself, but the truth is, they were seeing it from an entirely different perspective. A perspective I wasn’t willing to see. I was really glad that I eventually came around and listened to what they were saying. Friends are like parents, in the way that they see things differently than you, but different from parents in a way that you actually listen to them, or at least you should.

#3: Your friends tell you that they’re concerned that your boyfriend isn’t treating you like the princess you are. Uh oh! You are blinded by the fog of love and this is the last thing you want to hear. Sit back and listen for a minute. There is a very good chance they’re noticing his lack of affection for you, which you might be willing to gloss over with whatever L-O-V-E is coming your way. Remember, it was probably really hard for them to come to you in the first place and that they would never hurt you unless they believed it was for the best. Friends have bad boyfriends radar, embrace it.

#4: You’re hanging out with a new crowd and neglecting your old friends. This new crowd is into some pretty bad stuff like vandalism or whatever and your old friends are trying to tell you to smarten up before you get into a whole lot of trouble. Your first instinct: They’re just jealous. And maybe that is true but they also are just trying to look out for you…despite the fact that you’ve ditched them. Now THOSE are good friends.

#5: This one is particularly harsh but it’s for your own good. Have you ever tried something on while shopping and your friend pipes up to tell you that it’s just not you? Okay, first of all, this is one of the hardest things to tell someone, especially someone you care about. And it’s also one of the hardest things to hear. But, keep in mind that as a general rule, the harder something is to hear, the better it probably is for you. So put down that hot pink mini with yellow polka dots and exit the mall, immediately.

Friends are good people to have around. Remember, when they give you a good kick in the butt, it’s probably for the best. Give them a break; you’d do the same for them, right?

That’s the way I see it. 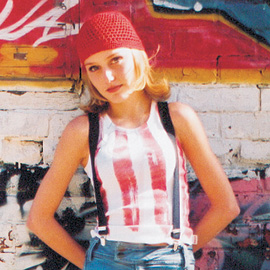 Sara Cauchon is a popular TV host on a numerous shows including GirlzTV, Rooms That Rock, Global News. And one of our friends: Sara has joined Faze on exciting trips to places like San Diego and Tobago!!!

Drop Sara your comments at letters@faze.ca