Kiss and Cry is an inspirational biopic both beautifully tragic and heartwarming. It is a modern-day love story that will leave you smiling through tears. 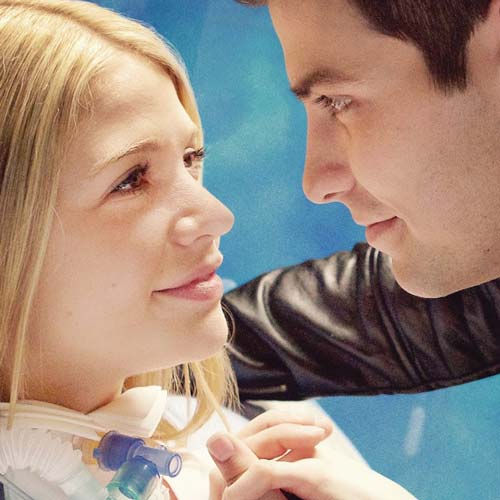 Played by her real-life friend Sarah Fisher (Degrassi: The Next Generation), the story follows Carley Allison, an 18-year-old aspiring figure skater and singer who dreams of going to the Olympics. After struggling to breathe and ending up in the hospital, she undergoes numerous tests and learns she is only the second person on the planet to be diagnosed with a rare form of malignant melanoma in her trachea.

However, this film is not about the “C” word. Well, technically it is, but it’s not just about a form of cancer known as clear cell sarcoma. It’s a film about the amazing journey of Carley Allison as she refuses to let this devastating illness derail her from leading a life filled with love, romance, laughter and joy. The story follows her relationship with her new boyfriend John (Luke Bilyk, Degrassi: The Next Generation) while dealing with high school, prom, and her skating career through chemotherapy. The film also stars the wonderful Naomi Snieckus and singer-songwriter Chantal Kreviazuk. 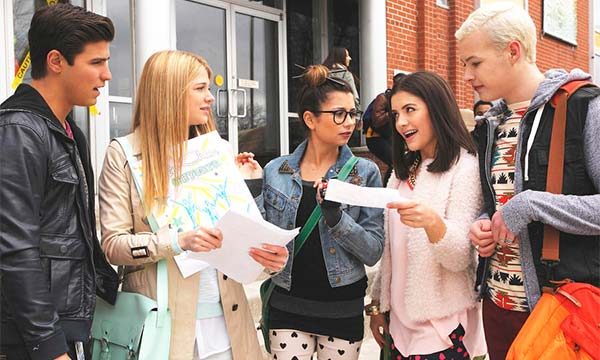 Separating this film from others of its genre is the overwhelming authenticity of the movie. Sarah Fisher, as mentioned above, was one of Carley’s closest friends and was determined to honour Carley. She wanted to ensure she portrayed her strength, courage and “brightness” with realism, sensitivity and love. Many of the scenes were filmed in locations where they actually occurred, including Carley’s bedroom, home, school, and skating rink.

By the age of 19, Carley had become a Youtube sensation, sung at the Air Canada Centre and made medical history, but perhaps her greatest achievement was in reminding us that we all have something to smile about.

Here’s The Rundown on Kiss And Cry:

Romance: John is the perfect boyfriend (boyfriend goals!): loving, supportive and sassy. The dynamic between the two when faced with such grim odds is a great reminder of how beautiful, hopeful, and powerful love is.

Relationships:  It’s in our darkest times and our greatest struggles that our bonds and relationships are tested. Kiss and Cry shows just how strong we are when we band together as a family and community and the good we can all do together.

Life-Lesson: Carley’s choice to always smile and to persevere against all obstacles is a beautiful outlook towards life that we should all strive to adopt. In skating jargon, the “Kiss and Cry” is the area where skaters wait to receive their scores. Carley explains that it’s not about whether you win or lose, pass or fail, but rather how many times you make it back to that area and whether you keep trying.

Emotional: Prepare yourself. Kiss and Cry will have you on an emotional roller-coaster. You won’t be able to help yourself from grinning and belting out laughter in some scenes, while others will have you sniffling and bawling your eyes out. Bring tissues and a friend, boyfriend, family member, or stuffed animal for emotional support. 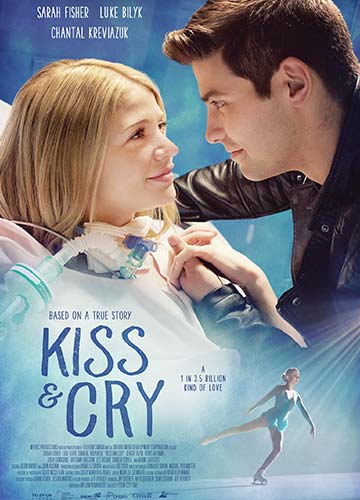 BONUS! Faze had a chance to connect with BFF Sarah Fisher to discuss her work on the film. 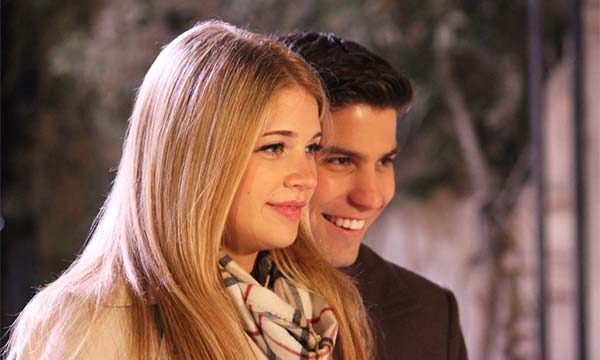 What was it about Carley that initially drew you to her?

There was something about her that I had never encountered with anyone else before. She was very bright, it was as if she had a brightness head-to-toe beaming from her.

Did it surprise you how Carley chose to handle her illness: with such positivity, strength and courage?

Telling people how strong she was isn’t a big enough word to describe her. The entire time she fought with grace and balanced optimism, and always with a smile on her face. She has always been that person. I wasn’t shocked at all that that’s how she decided to handle it.

What was the most difficult scene for you to film?

It’s hard to say anything is difficult after you’ve seen what Carley went through. But the scenes where Carley finds out she has cancer for the first time and then again when she finds out it has come back, it was difficult to separate myself from our personal relationship after having lived those moments with her.

Her boyfriend John seems like he was an extraordinary boyfriend and friend to Carley. How accurate was the portrayal of their relationship and of him?

Faze is a long-time fan of Luke Bilyk. (Luke has been on our cover and hosted one of our Faze events!) What was it like working with him?

Being on set with him again was incredible. He is a great friend and a phenomenal actor. It was so much fun working with him, and having a friend playing opposite me was very helpful in telling this story. I couldn’t have told it better without him.

Carley started a foundation called Carley’s Angels. Tell us more about that.

Carley started the foundation and was truly the voice for overcoming adversity. Carley’s foundation is working towards helping families dealing with cancer, whether it’s helping someone get treatment or going on a trip to have time away from home, they want to support other families.

Learn more about Carley Allison and the charity Carley’s Angels.

Get inspired by her blog, help others by donating to her foundation, immerse yourself in her enchanting music, be astonished by her media following, or learn about upcoming events and fundraisers to keep her fight raging on.

Here’s the trailer for KISS AND CRY: