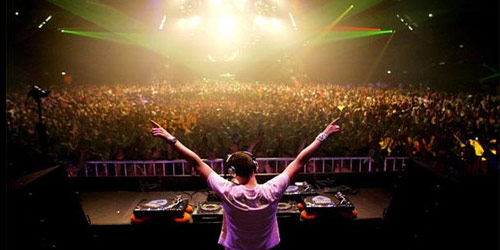 The DJ is in charge of the party, the centre of attention, and the epitome of cool.

DJing begins with a passion for music. Know what you like heading to the record shops and gradually search for new music. Start by creating a collection of about 100 albums: serious DJs accumulate 30-40,000 over the years. And pick your medium. South Asian DJ Malika Shara says, “I like vinyl because there’s more showmanship. It’s a lot more interactive. There’s a performance aspect to it.”

You’ll need two turntables, a mixer, headphones, an amp, a monitor and record bins or carrying cases, most of which can be bought used for a few hundred to a few thousand dollars. A recording device and mic are optional. Regular venues provide equipment, but onetime gigs like after-hour parties may require you to bring and set up your own gear.

Now fool around on your own or learn the basics of beat mixing and scratching from a mentor DJ. However, DJ Malika says, “The best way is still learning on your own because someone can teach you the basics but everything from that point on is your own effort. It’s like painting. Someone can give you paint and a brush, but after that it’s up to you.” Then practice, practice, practice. 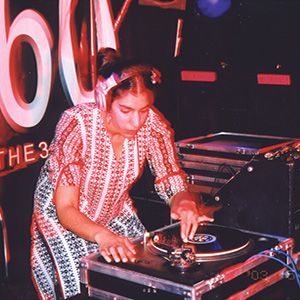 When you’re the best bedroom DJ you know, do some shameless self-promotion. Throw parties, hand out demos, broadcast a show, and network with music promoters and nightclub owners. DJ Shane Kingsley says a person can be proficient in a few years with dedication and determination. Once you land a gig, know what the audience expects to hear and give them what they want—you’re not playing for yourself, but creating an atmosphere.

Payment ranges from $50-500 per 4-5 hour sets, depending on the venue, size of the event, cover charge and whether you’re the headlining act or not. Beginners frequently play for drinks or for free just to get the exposure. But DJ Dan Higham says, “Don’t be ashamed to ask for what you’re worth.” According to music promoter Mike Greco, “Guys that make it to become superstar DJs can make a couple of million, but they’re also producers. If you can produce your own music and it’s really good, people will associate your name with quality music.”

DJ Nirvan Wanigasekera, 19, says competition is fierce, making it easy to burn out in an over-saturated market. “The music changes and new DJs come in, so you have to try to stay on top,” says Nirvan. “You have to get music before other DJs and try to find new methods to spin.” Creating your own music can set you apart.

While DJing may seem like all fun and games at first, it’s a tough profession like anything else. But it’s worth it when you’re controlling the crowds from behind the decks and you watch the room explode into a frenzy of energy at the drop of a track. 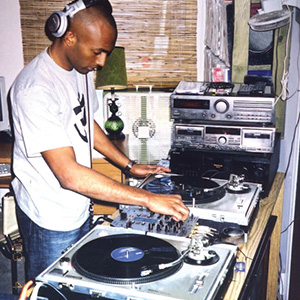 DJ Shane Kingsley is mixing it up in his home setup.