When we walk into The Great Hall, located downtown Toronto, we find ourselves in the middle of a sound check. Our feet tap to the catchy music as the performers prepare for Osheaga’s tenth anniversary celebration party. This is just one of the events being held by Canadian Music Week. Tonight’s lineup consists of a multitude of Canadian musicians but we’re here to see one in particular; SonReal. The master of deadpan, rapper extraordinaire and all around chill guy, greets us with a hug. 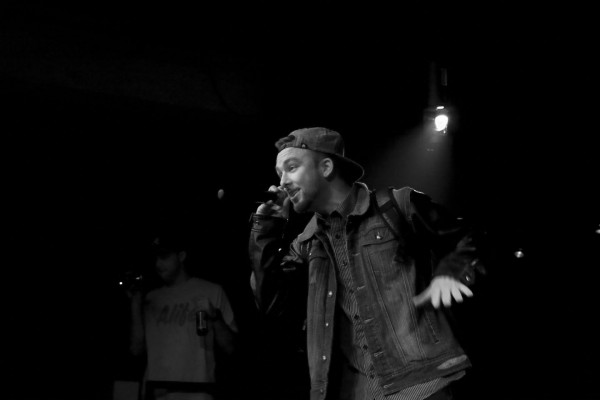 The sound check sounds awesome but it’s not the ideal interview atmosphere so we hunt for a space to talk and settle on a creepy basement. It’s one hundred percent haunted but SonReal doesn’t seem to notice. “This place is dope,” he says enthusiastically, oblivious to the cobwebs.

Maybe it’s because he’s used to working in basements. “I did all sorts of construction work before rap was my job,” he explains. “I used to help build houses and do framing.” But the absolute worst job he’s had? “I used to do concrete, that was one of the worst,” he admits. “I worked on bridges for a while, like, high bridges. You’d go up in a high-ass genie lift, like 120 feet in the air and basically—after they poured the bridge—you’d strip all the wood off of it. It was literally the worst. I did it in the winter and it was so cold and there was wood falling on you, I remember I broke my finger”—geez!

Despite how horrible that sounds, SonReal’s surprisingly grateful for the experience. “I think I attribute my positivity towards what I do now to the harder jobs I’ve had. I used to hate my job and I love my job now” he muses.

And it’s a job he’s good at, like, really good at it. He’s been nominated for five MMVA’s and three JUNO awards. 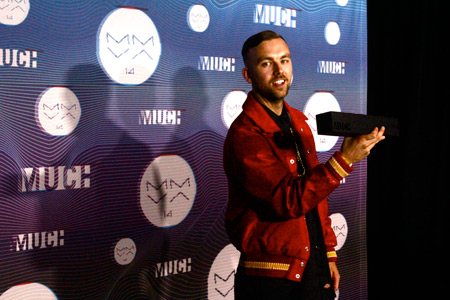 An even greater testament to his talent is the fact that he’s had fans drive over fourteen hours to see him perform! “It blows my mind,” he exclaims.

It’s understandable why someone would travel so far to see SonReal in concert. His music is amazing; something he works very hard on. “Some of my songs I’ve spent six months on, a year on even” he tells Faze. “We spend a lot of time crafting the songs to be what they are. Some people go into the studio, especially in rap, and do like five songs in one night. That’s never been me. Like ever. I always took my time with it.”

It’s a tough job but SonReal wouldn’t trade being a hip-hop artist for any other career. On second thought, “I’m getting pretty good at ping pong,” he jokes, “So maybe I’ll go pro at ping pong.”

Stay tuned for more from our exclusive chat with SonReal in our Summer 2015 issue. But for now we’ll leave you with his latest single “For The Town” below.